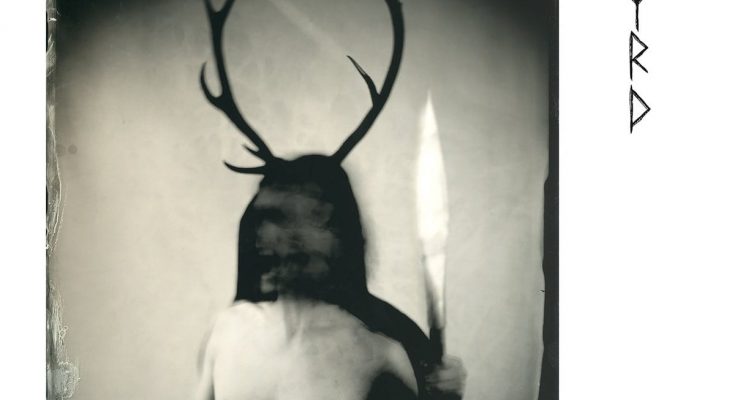 Gaahl who is the former vocalist of Gorgoroth, Trelldom and Gaahlskagg has made a name for himself in the underground black metal scene. Being one of the more popular figures in the Norwegian black metal scene, Gaahl has played a big part with many bands between the years of 1993-1998. His other role as a singer with bands such as God Seed and Wardruna have made a big impact on them. In the year 2016 Gaahl formed his own band known by the name Gaahls Wyrd which includes various musicians who participated in forging the band’s first studio album. And beside his vocal talents and the magnetic charisma, Gaahl is also known of his pagan beliefs, the infamous man also practices the art of Norse shamanism. And for this reason you can sense the mystical aspect which surrounds this record.

GastiR – Ghost Invited which is the title of the band’s debut album includes members from the Norwegian death/dark metal group Aeternus and members from God Seed. From the opening track Ek Erilar you can sense the growing suspense which is put to emphasis. The significant value of Gaahl’s vocals are uttered in such mysterious way that it beautifully blends with the remarkable music.

With the slow and black metal riffage sprawling over the ghostly atmosphere. Allowing to forge a mystical feel while the menacing vocals juxtapose with the dark patterns of the tremolo pickings. Gaahls Wyrd isn’t exactly the type of black metal which would appeal to the fans of traditional style. Although the music is refined and sophisticated it is strongly rooted in black metal music. The riffs are laden with dark and eerie tunes, the ghost-like atmosphere of the raspy vocals and the slow chords which creates strange passages. From The Spear reflects on the raw riffing of the guitars, backed by tribal drum beats and harsh vocals. Its mesmerizing experience lays in forging the ghastly effect and this is the best what the band can do.

GastiR – Ghost Invited offers a unique listening experience and by all confidence I can say that the album is full of creative ideas. With calm vocals bringing shivers down your spine, although this is not an album that would bring serenity to your soul. Ghost Invited conjures the macabre feel with the melodramatic clean vocals of Gaahl, the drums shifts into storming blast beats and chopping blows. The unique and serpentine riffs are they key transition to mid tempo parts. The unpredictable vocals waver from calm singing to harsh growls and results into musical climaxes. The mixture of different elements from folk and black metal gives it this effect. GastiR – Ghost Invited includes eight tracks and among these tracks there are a few which sound really dark and somber.

The mystical and mysterious tone of the rhythm guitars on Carving the Voices are very expressive, perhaps the most highlighted song on this album and my favorite. There is a dark harmony between the guitars which contrast with the vocals, musically the riff arrangements are catchy and hypnotic. Carving the Voices has some repetitive parts where the melodies sweeps back and forth and creates that melancholic sensation. The album is very well-balanced, it’s heavy guitar riffs and storming drums are uniquely structured. The folk elements and the black metal riffs on Veiztu Hve are sensational and by merging these two elements simultaneously proves how the record is varied in terms of quality.

From the melodic and folky transitions, The Speech and the Self includes extreme compositions of the Nordic raw black metal. The tremolo pickings are impressively performed here, and the creative art in perfecting each track on the album is applied by the organic chemistry between the members. After long years of cultivation Gaahl raises his magnum opus as he proves that he is a master at creating his own music. And while the music is still set within the spectra of black metal music, the other half of the album is gradually overwhelming.

The main focus of the album is on Gaahl’s clean vocals GastiR – Ghost Invited is a showcase of the innovative creativity of the musicians who have released one of the rawest and eerie black metal records. Their most wicked track is Though and Past and Past which veers into the primitive black metal sound with chopping drums kicking in blast beats and swirling tremolos riffs. The raw and buzzing tone along with the harsh vocals gives it more intensity, Within the Voice of Existence is a sprawling musical piece of ambient tunes. Performed by the dark and tuneful chords where it gradually transcends into something sinister. With menacing voices, slow guitar chords and crushing drums they invite the ghosts into your soul.