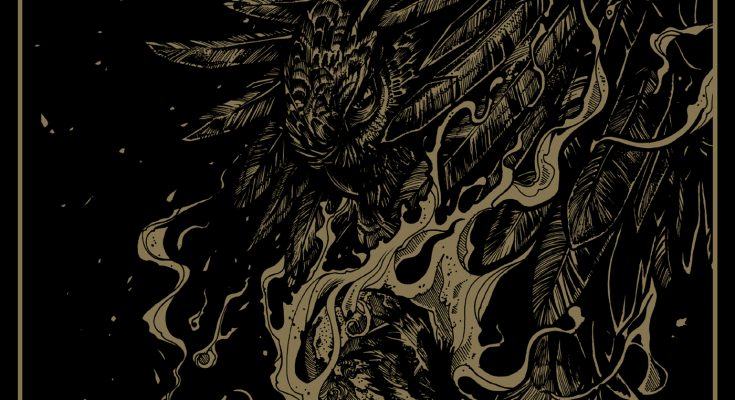 The Austrian duet Harakiri For The Sky, embodied by the mysterious but ever so sympathetic M.S. and J.J., is steadily conquering hearts in the world of atmospheric (post) black metal. Their work is known for an extraordinary intensity, yet remaining impressively harmonic and balanced. Along with their rising popularity, the pressure keeps growing too, though: ever since the release of debute album Harakiri For The Sky in 2012, new albums kept on coming in intervals of barely two years. This fourth studio album Arson was already fully recorded and mastered by the summer of 2017, even before they came to our venue Asgaard in Ghent for the promo tour of its predecessor Trauma in October 2017. As they will be playing with Dool at the Biebob venue in Vosselaar on March 2nd , our favourite Austrians will have hit the Belgian stages twice in six months, both times for the promotion of a different album! So far though, HFTS definitely managed to keep the quality high.

With the announcement for the release of two new official videoclips for the tracks Tomb Omnia and You Are The Scars, we were all trembling with anxious anticipation. Tomb Omnia was very promising: the song is drenched in a lovely melancholic, nostalgic sound. It almost feels like the sad drinking song of a lonely sailor in the midst of a devouring seastorm. Apart from this somewhat dreamy melody, the music is once again very fast, rich and intense. The image still fits a perfectly balanced HFTS-track like we’ve grown to know them! However, upon the release of the videoclip for You are the scars, I think many fans were a little confused. At first, I thought I had accidentally clicked on the new video by Dark Tranquility. An incredibly mellow piano and an almost insultingly poppy rhythm await us… Only when the piano disappears to the background and leaves the stage for a shrieking delicate guitar line, we recognize this as an HFTS song. Luckily, from that moment on, the old recipe strikes us with full force. It keeps amazing us how M.S. can start from a few simple tunes and then just keep adding more luggage, while the whole keeps making perfect sense. We finish with an epic, all-consuming finale. But still: everytime we hear that nasty piano tune, we can’t help to feel kinda dirty…

The first thing you can say about Arson is that the piano that’s always had a more superficial role in the previous albums, has now resolutely taken a place on the front. On other songs, we welcome this with open arms! The finale to Heroin Waltz carries a subtle, but at the same time wild, frantic piano. The strong presence of the piano on opening track Fire, Walk With Me is somewhat refreshing and fits the general atmosphere of the song perfectly. Another recurring characteristic that has always been present in M.S.’ compositions is that the entire song is in fact carried by one single melody to which subtle variations are added without it ever getting boring. The way everything is carefully constructed, deconstructed and reunited into one delightful, thought through and felt through symphony, is without a doubt one of the biggest trump cards of this band, and Arson is no exemption. Simple but genius: all of a sudden you drop everything but one delicate guitar line, then you add some well placed drums and distorted guitar lashes and then you empty a full bucket of intensity over it. A third feature on Arson is the stronger presence of an atmosphere of lamentation, with a more explicit role for slower, lingering passages and tormented guitar howls. This is most noticeable on The Graves We’ve Dug and Stillborn. The former is accompanied by an alienating, nu-metal-ish rhythm and dissonant guitar. The latter has a ridiculously nice hyperfast riff that will cause many of us to end up at the urgent care department with a heavy neck trauma. Finally, the Austrians aren’t afraid of some genre mixing. We’ve already discussed the bizarre DT-feel on You Are The Scars and just now the nu-metal vibe on The Graves We’ve Dug. On bonus track Manifesto, we find ourselves once more on the boundaries of poppy influence. Guest singer Silvi Bogojevic has an admirable, but ever so poppy timbre and the rhythm also contributes to an unexpected feeling of accessibility. Luckily the fanatic screams of J.J. aren’t missing out here. The good man has again had his hands full with writing moving, pictural and mostly obscure and dark lyrics, by the way.

Since I had promised myself to keep this a short review but as always with HFTS, I found myself completely lost in their music, it is time to conclude that het new Album Arson contains everything we would expect from a Harakiri For The Sky album. There are some innovations that have to grow on you, but it is an audacious step and it certainly works, as it saves the album from being a mere copy of their previous oeuvre. Arson is a whirlwind that sucks everyone up into a world of unbridled talent and unleashed emotions. As said, the lads can be seen live in Biebob Vosselaar on March 2nd, together with the mighty Dool. Be there or be square!