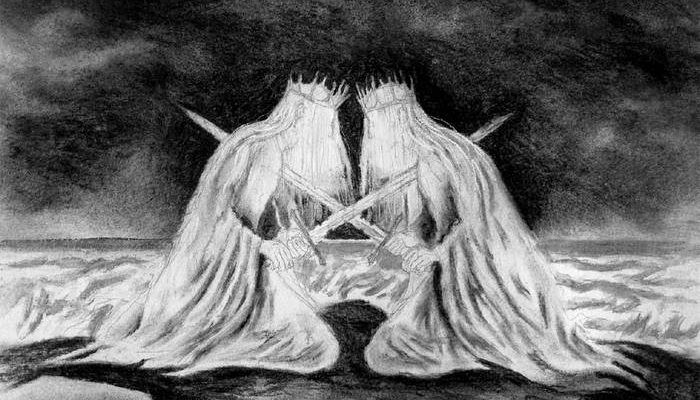 After three years of silence, the Finnish pagan/black metal outfit Havukruunu returns with their third full-length album titled ‘Uinuos syömein sota‘ and by that, they have completed the epic cycle of the band’s first trilogy. Formed in over a decade ago by the vocalist/guitarist Stefan who is the main composer of the song arrangements and lyrics. Given its epic majesty and grandiosity, Havukruunu’s sophomore album ‘Kelle surut soi‘ journeyed through vast majestic landscapes and included large proportions of what majestic black metal is all about. Havukruunu often wears influences from bands such as Moonsorrow and Bathory which has enabled them to adapt to vast musical arrangements. ‘Uinuos syömein sota‘ isn’t that different from its predecessor but this time around the Finnish quartet Stefan (vocals, guitars, and keyboards), Henkka (guitars), Sinisalo (bass) and Kostajainen (drums) do continue to expand musically.

What differentiates the third album is the clear expansion of covering other sub-genres like Viking and folk black metal. The album title track begins with an epic male choral reminiscent of pagan Viking rituals, and immediately sets the mood for the whole record. You’ll not soon forget the emotional impact of this album start. The clean vocals suddenly transition to the traditional black metal growls. From the epic choral fluctuations, the rhythm guitars add so much passion elevating the songs to absolute grandiosity. And to a vast degree, the song texture is saturated with catchy melodies while the guitars as usual set a triumphant feel throughout the album.

‘Kunnes varjot saya‘ is accentuated with heavy riffs and towering clean vocals, the songs are approached by tremolo-picked riffs. While most of the songs include some folk and weather samples, they have certainly raised the effect of the atmosphere. ‘Uinuos syömein sota‘ is evoked with luxurious guitar melodies that characterize the album with the Finnish traditional pagan style. Imbuing each track with a victorious Viking theme for example ‘Ja viimein on yö‘ is full of galloping riffs and blast beats. Havukruunu music has passed from the gloomy and melancholic black metal musical works. While the songs sufficiently cover the Finnish folk traditional music the role of the acoustic guitar along with the guitar solos is panoramic.

‘Uinuos syömein sota’ accentuates the strong Viking influences. ‘Pohjolan tytär‘ ignites with the triumphant passion of victorious battles, the vocals on this track are so captivating and awake the aura of majestic melodies. While the guitar melodies are usually attained by short solos, Havukruunu has amassed a collection of very catchy longer ones. The guitar is stimulated with a great number of tremolo pickings, in addition to song composition. There are other folk instruments that take part in creating an archaic feel to the songs. The sophomore album was quite mesmerizing and it displayed many influences from bands like Moonsorrow. But the latest craft stands separately from the previous album there is a direct influence from Bathory‘s legendary album ‘Blood Fire Death‘.

Havukruunu have refined their musical scope on a larger scale. The album includes many great tracks such as ‘Kuin öinen meri‘. This track begins with a beautiful acoustic guitar that later transforms into crushing riffs of epic Viking black metal. It is important to note that the twin guitars have a tremendous sound of thunder in them. The immense parade of riffs is charged with powerful tones of a battle soundtrack. ‘Vähiin päivät käy‘ presents the familiar bombastic tone of pagan black metal, Havukruunu have become quite expert in unfolding sophisticated kinds of melodies. And by combining melodic riffs and solos they create atmospheric layer upon layer that reaches the apex of majesty.

Each aspect is taken into account specifically the clean chants and the textured chorale as if the band honors the landscapes and the empyrean skies. Album closure ‘Tähti-yö ja hevoiset‘ is among my favorite tracks on the album, the song accentuates sharp, heavy riffs while the drums keep the powerful effect of percussion.

Then comes the role of the guitars to lash the whirring solos, there are also some acoustic guitar passages installed in the song structure. Havukruunu on their third album deliver a passionate spirit of both Viking and pagan black metal without forgetting the gist and true roots of black metal. With many stand-out tracks ‘Uinuos syömein sota” is full of memorable guitar tunes and majestic clean vocals impressively performed by this Finnish quartet. It definitely deserves your immediate attention. 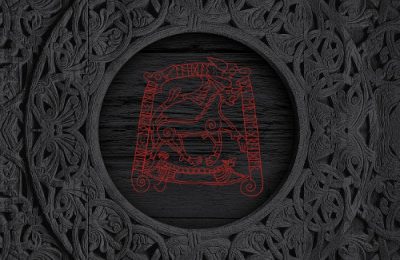