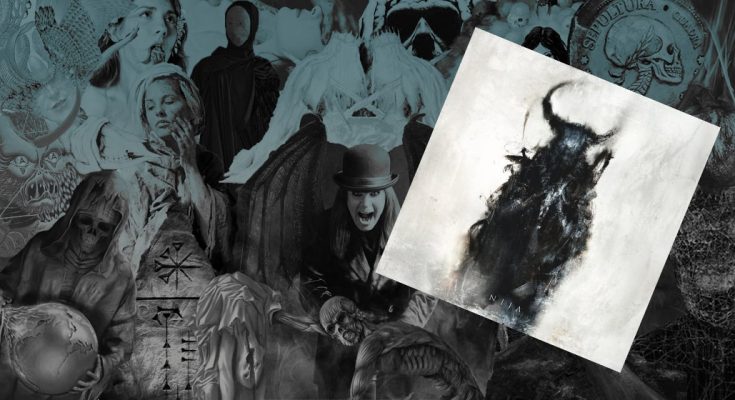 Every year it’s the same struggle to figure out what were for me the best albums of the year. Usually I tend to try and catch up with a boatload of releases I hadn’t checked out before to see if they’d after all still take up a spot in my “albums of the year” list. This year, I decided to do things a different and less stressful way. So I simply looked at what albums I enjoyed and played on repeat the most. I’m sure I’ll still catch up with plenty of 2020 releases I may have missed while digging through some of the great lists my colleagues have put together. So here are mine for this year:

For decades people have been saying that Sepultura isn’t the same anymore without the Cavalera‘s attached to it. And for a long time their sound and the quality of tracks didn’t seem to be up to par with the legendary albums from the past. However, with 2017’s ‘Machine Messiah’ it seemed they were already on their way to find their voice back. But nothing prepared me for what ‘Quadra’ turned into. It’s experimental, it grooves, it melts your brain at times, it has the tribal elements that are reminiscent of the days of ‘Roots’ and sounds all too familiar without simply repeating what worked back then by infusing some of the post-Max sound. It’s a massively interesting and diverse album and I thoroughly enjoyed it from start to finish.

Normally I’m not that often blown away with a progressive metal release, but Humavoid‘s sophomore release ‘Lidless’ really came in hard with me. Vocalist Suvimarja utilizes harsh vocals way more than before and somehow in combination with their heavy “all-over-the-place” music, I had that click with this band. I think it’s easiest described as the lovechild of Meshuggah and Dream Theater with heavy as fuck technical instrumentation, regularly joined by jazzy intermezzos and keyboard bits that will blow you out of the park!

8. Psychonaut – Unfold the God of Man

A release that captivated me early on in 2020, was the re-release of Psychonaut‘s ‘Unfold the God of Man’ through Pelagic Records. Throughout the release, the Belgian outfit manages to keep a great balance between psychedelic proggy bits and grooving heavy passages. It seems like they’ve managed to harness all the best elements from major acts like Tool, Mastodon, Amenra and so on and mold it into an original and fine blend that drags you along the emotional soundscapes they muster up. A true discovery for me personally and I can’t wait to hear what more the future will bring from them.

Ever since I discovered the craziness that is the Finnish psychedelic and cosmic black metal influenced band Oranssi Pazuzu, I’ve been mesmerized by their work. These guys have a mindset that takes you to place you’d never expect to get to. And with their latest release ‘Mestarin kynsi’ they surprised friend and foe again with sounds, samples and musical influences that you wouldn’t have guessed to hear on a supposedly black metal album. It’s otherworldly, weird and strangely attractive. Oranssi Pazuzu also did one of my favorite live streams of the whole year that was a perfect representation of what this band is about.

There isn’t a year with a new Wolfheart release that goes by without them ending up in my AOTY top list. Time after time they seem to step it up even more and almost reinvent themselves without losing the signature “Winter metal” sound. Tuomas Saukkonen is truly a master of songwriting and with this time around a concept album under the form of ‘Wolves of Karelia’, he nailed it yet again. Every song tells the story of a different moment in time in the “Winter War” of the stubborn Finns against the overpowering force of the Russian army. Destruction, death, desperate battles and the melancholy and depression coming in the trails of any war are all adequately translated into a set of great Wolfheart songs, turning the album in yet another solid metal release.

Havukruunu is a band that I’ve seen a couple of times live and I always appreciated the quality of black metal they brought to the table. But with their new album ‘Uinuos Syömein Sota’ I finally took the time to properly listen to them on CD and straight from the first listen I knew that this would most likely end up in my AOTY list. Full of memorable melodies, majestic clean vocals and heavy, cold black metal passages, they deliver an album that sounds very much like Moonsorrow on black metal steroids to me. Every time I put this record on, I feel the black and pagan metal fan in me rejoice and I feel ready for battle!

Another entry from Tuomas Saukkonen‘s skillful hands. The return of his solo doom project Dawn Of Solace is an absolute blessing. Add the amazingly clear and melancholic vocals of Mikko Heikkilä (Kaunis Kuolematon) into the amazingly captivating music and you’re really in for one hell of a treat. ‘Waves’ is an album on which as good as every element shines bright without ever taking over the others completely. It’s soothing and beautiful in all its doom and gloom, matching the desolate atmosphere of a Finnish winter and was for me on regular occasion the soundtrack of the 2020 lock-downs and isolations.

I’ve always liked myGRAIN for doing the melodeath thing a bit different and in their own way. After a long hiatus, the band has come back with one of their most diverse albums to date with ‘V’. They sound relaxed, rejuvenated and like they know who they are and what they want. Some of the tracks bear clear admiration towards some of their influences and favorite bands while never losing their individuality. The songwriting skills and musical talent they showcase on this album is simply great, bringing them back into the ranks of some of Finland’s best melodeath bands around.

Being a longtime fan of the “evil disco” sound that Wayne Static tried to nail down with Static-X with every single release, it was a hard hit when he passed away. He had an ear for a certain style of music like no other and I still remember the amazing show at Graspop a decade ago as if I’m there again. With ‘Project: Regeneration Vol. 1‘, the remaining band mates collected already recorded materials and with the help of the illustrious “Xer0” turned it into a dozen of tracks reminiscent of almost all their earlier albums going from the frantic madness that was ‘Wisconsin Death Trip’ to the more melodic ‘Shadow Zone’. From start to finish, every single song made me smile and miss Wayne all at the same time. To think how big this band could’ve become continuing this path, I can barely hold my excitement and patience to hear what the second volume will bring us.

Honestly, I’m kind of surprised that I haven’t seen this release appear in more AOTY lists. I discovered the band by coincidence through YouTube and as soon as I heard them, I knew I had found a new favorite band. The Swedish outfit Orbit Culture released their 3rd album with ‘Nija’ and it hasn’t been off my playlist ever since it was released. Somehow they manage to mix melody, groove and death metal heaviness seamlessly and relentlessly. Add to that vocals that are both ferocious and extremely melodic (with a strong hint of James Hetfield) and you have a bit of magic on your hands. They’re heavy as fuck, but at the same time so catchy that I can see it being extremely accessible without losing any of their edge. Count on it that as soon as they start playing, your head will start banging up and down and you’ll find it difficult to sit still. Their music is often rather simple, but so damn effective and infectious that it’ll get stuck with you for days. This band will steadily become one of the big ones of the scene if they continue this way, I would bet big money on it.

A couple of my honorable mentions that didn’t make it to my top 10: 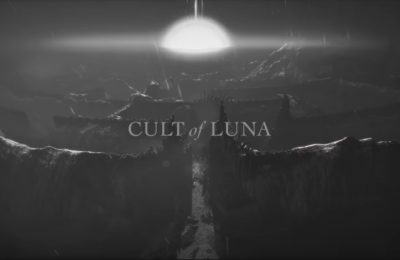