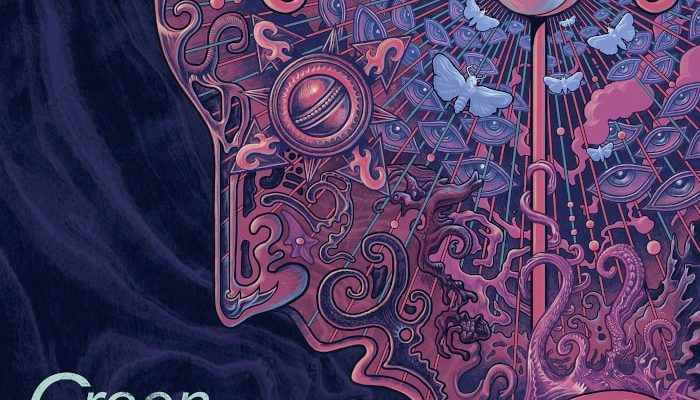 Normally I’m not easily attracted to a band described as “progressive metal”. But when you look at the musical pedigree that is contained within the reunited Green Carnation, you just have to get curious when you’re a musicophile. With prominent members from the Norwegian music scene like Tchort (formerly from Emperor and Carpathian Forest), Kjetil Nordhus (Tristania and formerly Trail of Tears), Stein Roger Sordal and Berserk (both formerly In The Woods…) you are pretty much sure of music of the highest quality. And a band like this about to release their first full-length album in 14 years is quite the momentous occasion. So here I am, about to hit play on ‘Leaves of Yesteryear‘ to see what I’ve possibly been missing in the past.

Despite only 5 tracks on this album, there is heaps of music to dissect if you want to invest your time in it. Opening with the title track ‘Leaves of Yesteryear’, they start off with soothing melodic guitars and keyboards that turn into a more mysterious moment created by just keyboards and vocals to then burst wide open with the line “come to me”. Which is something this track really did to me; it beckons me to go and get fully emerged by the emotionally laden and almost magical atmosphere that their music has the whole album through. For me especially the absolutely perfectly written and placed guitar riffs and melodies in combination with the very emotive vocals and a touch of keyboards sold me immediately. They somehow manage to make their music sound simple while it’s rather complicated and layered at the same time. You can find new elements and melodies every time you play the album again. At quite some moments they reminded me somewhat of the more melodic parts on some Vintersorg albums or even the more recent psychedelic albums by Opeth. And just when you think you start to know what to expect from them, they jump into a heavier bit at about 6 min with some harsher vocals and a guitar solo that fits like a glove at that point.

With ‘Sentinels’ they chose to go for a heavier guitar sound, making the song very distinctively different from the openings track. But through the vocals and composition it’s still connected enough emotionally that it makes perfect sense. Possibly a more approachable song for those who are not fully comfortably at home with prog in all its catchiness. I caught myself nodding along to the riffs at more than one occasion. The middle of the album shows off Green Carnation‘s music in its full glory with a re-recording of ‘My Dark Reflections of Life and Death’. And what an impressive musically masterpiece it is. It builds up slowly and ebbs and flows through more contemplative and more energetic parts. It’s 15 minutes of pure music bliss and if this doesn’t convince you, I’m afraid you’re lost for the cause. ‘Hounds’ then pulls the reigns back a bit with a very stripped down and acoustic start that sounds and feels almost fragile. About 2 minutes in, they suddenly open the floods again, throwing some damn groovy guitar riffing at you that build up into a 70s prog feast. Album closer ‘Solitude’ gives you a chance to take a breath and contemplate about the incredible 40 minutes of music you just sat through. A very melancholic song that sounds almost exactly the same as the original by Black Sabbath, but with the added piano and incredibly soothing vocals a great personalized rendition and a perfect way to close this album.

For me, this album was my first proper meeting with Green Carnation and they’ll stick on my radar from now on. ‘Leaves of Yesteryear’ is a great album showing off their musical genius with completely newly written songs, a reworked old track and great cover (that you wouldn’t have guessed was one if you weren’t told). It almost feels like a retrospective album with elements from their former releases, without ever sounding repetitive. Put this album on, close your eyes, let the gorgeous music flow over you, having it soothe and re-energize you along the way.

One thought on “Green Carnation – Leaves of Yesteryear”