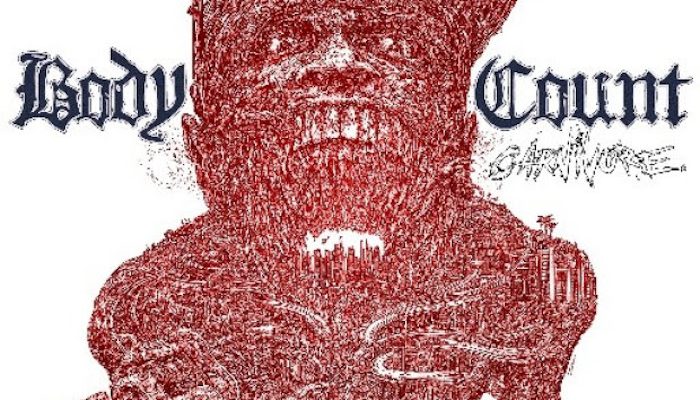 The deadliest creature on earth is the human.

Body Count is in the house! A phrase that always gets me excited. After they surprised friend and foe with an especially angry and relevant piece of work a couple of years back with ‘Bloodlust’ (review here), the announcement of another release was something to really look forward to. And here it is: ‘Carnivore’. A title that already gives a hint to the vibe of the record, bolstering a brutal looking cover art with incredible details from the hands of Polish artist Zbigniew M. Bielak (known for covers of Ghost, Mayhem, Deicide and Paradise Lost albums)… this will be good!

An ominous sound only to be broken by a beastly blood-curling growl and Ice-T shouting “Carnivore”. The title track for the album is right up there amongst the heaviest tracks Body Count has made and sets the tone for the rest of the album perfectly. With the blistering crossover track ‘Point The Finger’, Ice-T is calling out police brutality where the blame is put with the ones that get shot by the force. And at the same time, he brings in Riley Gale from Power Trip on guest vocals, showing his support to a band that he really likes, deservingly so.

‘Bum-Rush’ is yet another one of those groovy Body Count earwurms and with ‘Ace of Spades’ we get a cover from a band the guys always loved. Thus, in this case a tribute to Lemmy and Motörhead of course. There are a couple more guest appearances like on ‘Another Level’ with Jamey Jasta from Hatebreed and the rather weird and surprising collab with Amy Lee from Evanescence on ‘When I’m Gone’. That last one isn’t a favorite for me, but somehow Amy‘s voice works wonderfully well with the simple bruteness and sharpness of Body Count.

The 2 songs that really stuck out to me still, were definitely ‘Colors 2020’ and ‘No Remorse’. The first one is a Body Count reworking of the Ice-T hip hop classic ‘Colors’ from ’88. I was really happy to hear a proper modernized version of it, done by the original artist. And as the title of ‘No Remorse’ already indicates, it’s an angry and heavy as fuck track giving the finger to people they might have offended in the past, with lines like “I refuse to say I’m sorry, I refuse to give a fuck about how you feel”, “You deserve what you get, you fucking piece of shit” and “If you was on fire, I wouldn’t piss on you. If you was starving, I wouldn’t fix you a hot bowl of shit”.

A new release from Body Count seems to be a good thing, more and more so. They are really stepping it up majorly in the recent decade and are absolutely kicking some serious ass. ‘Carnivore’ is another solid piece of proof that they are still a force to be reckoned with, angry and relevant as fuck. It’s mothafuckin’ Body Count!

Tracks to check out: ‘Bum Rush’, ‘Point The Finger’, ‘No Remorse’ 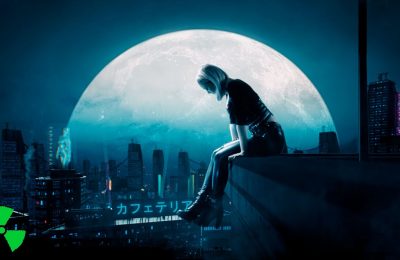 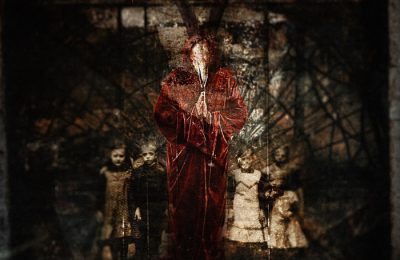