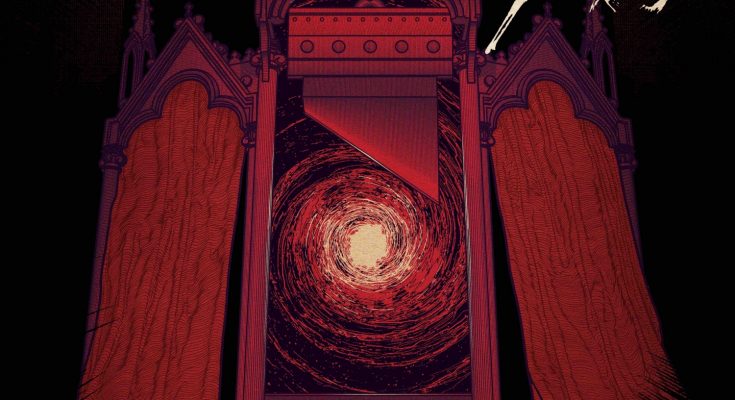 We all know that there is something in the water in Finland with quality metal bands surfacing from every corner of the country all the time. One such outfit is Lost Society. A group of talented young dudes who caused a resurgence of the thrash metal scene within the country with their ferocious debut ‘Fast, Loud, Death‘ back in 2013. With ‘Braindead‘ in 2016 they solidified their status as one of Finland’s most beloved young bands, steadily moving towards more of a mix between thrash and groove. Finally after 4 years they’re back with their 4th, brand new release ‘No Absolution‘!

The first thing that is very noticeable on this release, is that they’ve definitely grown towards a sound that seems like a natural evolution, taking the earlier albums in account. Many of the songs are more catchy, groovy and melodic than they’ve done before. Their first single for instance, title track ‘No Absolution‘, immediately grabbed my attention for it sounds reminiscent of Trivium. Looking at how popular that band is, not a bad thing at all. Especially since Lost Society still maintains their own identity. And while you hear Samy Elbanna sing more clean than I’ve heard him do before, it still has some nice screams throughout.

And while many old school fans might complain that they’ve lost their edge after hearing that first single, there are still a couple of real ragers and damn heavy tracks to be found on the album. Just check out tracks like ‘Blood On Your Hands’ and ‘Worthless’, the latter of which is by far the heaviest on the album, possibly even in their career with Samy‘s vocals being more brutal and harsh than I’ve heard ever before. This is a perfect track for when you’re fed up with everything and need to ventilate.

Another point of criticism I can imagine old fans might have, is that they’re not playing those fast thrashy songs anymore that got them to love Lost Society. But by slowing the tempo down somewhat, they actually made some of the tracks sound heavier and gave them room to breathe by “dumbing them down”. It also gives guitar solos more of a chance to shine and stick out instead of getting lost in the usually blistering pace of the songs. Tracks like ‘Outbreak (No Rest For The Wicked)’, ‘My Prophecy’ and ‘Mark Upon Your Skin’ are prime examples of this and bring forward the clear influences of the legendary masters of groove: Pantera. Proper bangers of metal songs that’ll get your head going into a wild frenzy and give your neck quite a workout.

With album closer ‘Into Eternity’, they throw a last curve ball into the mix by partnering up with the cello metal legends of Apocalyptica and delivering a pretty epic song. You could almost say that with this they’re dipping their toes into the realm of metal ballads. It’s an emotional, melodic and catchy song that truly impressed me, both in terms of creativity and having the balls to close their album with something like this.

‘No Absolution’ is clearly an album of a band that doesn’t want to stand still. By being open to what feels right to them in the moment and bringing in Joonas Parkkonen (ex-Santa Cruz) as co-writer, Lost Society take the next step in their career and show that they’re a talented bunch that could rise to great heights if they continue on this path. A true fan I’ve become after this.

One thought on “Lost Society – No Absolution”