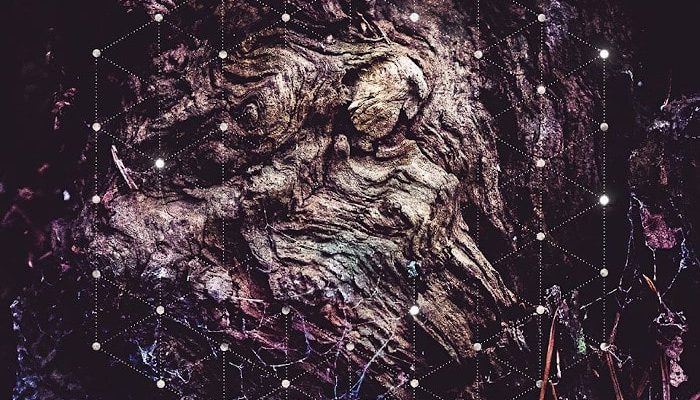 Psychonaut is a Belgian band that seemed to come out of nowhere some years ago and has quickly conquered many hearts in their own country and far beyond. They already released ‘Unfold The God Man’ back in 2018, but by catching the attention of the much lauded label Pelagic Records (having been a home for quality bands like Cult of Luna and Ylva to name a couple), they got to re-release their debut full-length in 2020, possibly gaining even more fans.

They kick off their album with the fully instrumental ‘All I Saw As a Huge Monkey‘, which serves as the perfect intro to what is to come with its proggy twirling, throat signing and a couple of vocal harmonies sprinkled in there. With its over 6 minutes length you might question it being an intro, but since the whole album is 70 minutes long why not have a blown out intro? It’s when ‘The Story of Your Enslavement‘ starts and especially the frantic screams and harmonies of the clean vocals added to the music, that the epic proportions of this band come to light properly. That track together with ‘Kabuddah‘ are the more easy digestible ones on the album with its sound reminiscent of Mastodon about a decade ago, but still with that touch of Belgian post-metal/sludge giving its own personality.

‘The Fall of Consciousness‘ takes it even a step further then musically, the atmospheric, experimental parts and outright aggressive bits are even more contrasting, creating a rollercoaster of emotions. A band like Amenra comes easily to mind in these cases where it goes from beautiful harmonies to an eruption of harshness and back in mere seconds. Near the end of the track they even dig up a very Pink Floyd-esque vibe with masterful guitar fiddling. A vibe that counts for the whole of ‘Sananda‘, a truly special and soaring song that I could easily see come from those grand masters of creating musical stories.

And just when you think that things can’t get any better, they introduce some tribal throat singing in ‘Celestial Dictator‘, steadily building up the music to then a bit over halfway bring in the band vocally harmonizing and eventually screaming their lungs out. The tidal waves of ‘Halls of Amenti’ and choirs with proggy noodling instrumentation of ‘Nexus‘ are perfect set-ups for the epic 16 minute album closer ‘Nothing is Consciousless‘. This track basically repeats everything they have sauntered through previously, but combining it all in one absolutely great composition.

You can easily hear that these guys have been honing and fine-tuning their craft into something that’ll blow your mind and will appease some of the toughest critics among fans of the genre. Throughout ‘Unfold the God Man’, Psychonaut manages to keep a great balance between psychedelic proggy bits and grooving heavy passages. It seems like they’ve managed to harness all the best elements from major acts like Tool, Mastodon, Amenra and so on and mold it into an original and fine blend that drags you along the emotional soundscapes they muster up. One of the best acts that Belgium has to offer right now!

One thought on “Psychonaut – Unfold The God Man”