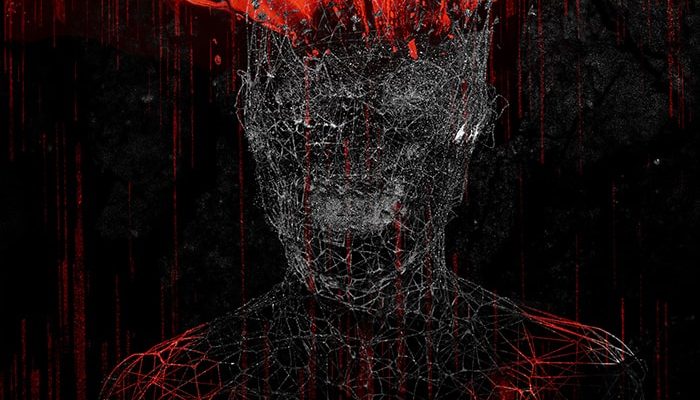 Besides Sweden, Finland has steadily grown into one of the forerunners of melodic death metal with massively popular outfits like for instance Insomnium. But they also have a plethora of less known bands that bring high quality music time after time, with some using a classic melodeath sound while others like to shake things up a little bit. One such outfits is myGRAIN, who was praised highly for their often keyboard heavy and proggy style of the genre. At a time when they were gaining popularity, but getting tired of the music industry, they decided to take a break in 2015. After 3 long years of silence, it seemed that in 2018 they had an itch to scratch and had a soft return with the release of an EP and by playing a handful of shows. Which now in 2020 finally turned into a full-fledged comeback with full-length number 5 aptly baptized ‘V’!

And I have to say, it turned into quite the release! It still holds many of the elements of their old work, but really feels like they took the next step in their career. First album without a dedicated keyboardist, they had to get creative with how they worked out their music and it didn’t do them harm at all. There is some really cool stuff going on on this album and it all sounds like a band that knows who they are and are very comfortable with it, thus resulting in an album that feels very relaxed.

But don’t get me wrong, it’s not because they sound very relaxed that they didn’t turn it up. After creating a bit of atmosphere with some keyboards they immediately show what you can expect with ‘The Nightmare’. Despite being without a keyboardist, the keyboards are surprisingly dominant in this track (and actually throughout the album). At times they overtake the other instruments somewhat, the melodies taking some of the heaviness away. But by dialing them back again at the right times and thanks to the impressive vocals by Tommy, ensure that you still get plenty of heaviness to get knocked off your feet. They also change rhythms at regular moments, keeping things exciting and surprising for the listener. However, with ‘Out Of This Life’ they truly raked me in. Kicking it off with some riffs that shows their love for Strapping Young Lad, it’s an immediate headbanger. Just try it, you’ll notice your head nodding along pretty quickly. After that short intro they storm into a more classic melodeath sound, but a dang fiery one. Crushing verses, soaring and melodic chorus to sing along to, at times slapping bass lines and regular comebacks of that SYL sound. And don’t forget about what sounds like a duel between several instruments during the solo part. An absolute banger of a track and an early highlight!

‘Summoned Duality’ continues with a more straightforward melodeath sound and ‘The Way of the Flesh’ will simply blow you away with its sheer ferocity. First single ‘Haunted Hearts’ brings in a moment of respite with the melody and clean vocals cranked up in a song that has a modern In Flames touch without losing too much heaviness. They continue that streak in melody and clean vocals in a somewhat heavier track again with ‘The Calling’, that absolutely soars. ‘Game of Gods’ took me somewhat by surprise starting with a very keyboard-forward opening, reminiscent of the opening tracks of Japanese anime series, which continues in a typical melodeath epic but surprises again in the midsection by going into a proggy rhythm change that creates a lot of extra intensity.

With ‘Stars Fading Black’, they manage to catch me off-guard yet again with a way more symphonic sound than I’ve ever heard from these guys before. But the real surprise of the album comes with the closer ‘Waves of Doom’: an over 13 minute long epic that quite literally brings a sense of doom and gloom in an ebb and flow of acoustic bits, blistering heavy blasts with touches of black to them, mixed with classic myGRAIN melodeath sounds and captivating melodic parts. It’s true metal bliss that’ll take you on a rollercoaster one last time before the album ends. I hope they dare to venture into these kind of compositions in the future as well.

myGRAIN sounds like a renewed and rejuvenated band on their latest release ‘V’, with elements I haven’t heard from them before, an extremely varied sound and Tommy‘s vocals that are more diverse than ever. If these guys continue down this path, I can see a very promising future at the top of the melodic death metal ranks and not only in their country, that is. For me personally, one of the more exciting melodeath albums of 2020 for sure.