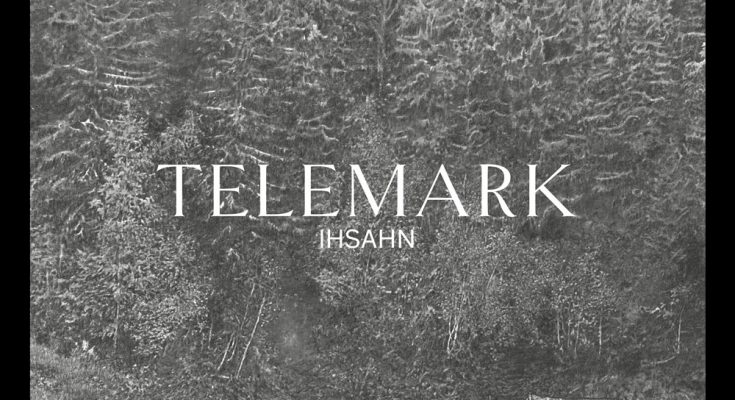 As far as musical valentine gifts go, they don’t get much sweeter than this.
Ihsahn has just released the first of two EPs dedicated to his hometown of Telemark in Norway. Aptly monikered ‘Telemark’, it consists of five tracks: three original ones and two covers.

This collection represents the darker, brutal and aggressive side of the composer. Indeed compared to some of his other recent work there is a touch more of the icy coldness we were so fond of in old Emperor. With Ihsahn, you can only expect the unexpected, however. So don’t think this is some kind of quick rehash of youthful times.

Opener ‘Stridig’ may start up in the blackest of traditions, but halfway through it shifts gear completely and transforms itself with some very classy, dare I say bluesy guitar leads, which ends the song in a rather melancholic mood. ‘Nord’ heads off in similar arctic harshness until it takes a turn for the adventurous, adding in saxophone for one.
The titletrack find itself at the centre of the record. As its center piece it covers quite some ground with a folkish theme in the back while staying true to its sinister ambition. All three songs were sung in his native Norse language.

Enter the two covers. ‘Rock And Roll is Dead’ from Lenny Kravitz and Iron Maiden’s ‘Wrathchild’. Kravitz is pretty much one of the last artists one would figure to be covered by any extreme metal acts, but that’s what he was counting on I guess. In the hands of Ihsahn, it stays very much rock and roll, rather than going extreme in any way other than his trademark screams. If anything, this makeover gives it a big band type of feel. The epic ‘Wrathchild’ is the complete opposite and about as heavy metal as it gets. Yet here it somehow picked up a latin rhythm, not in the least due to the return of the saxes. The incorrigible Norwegian was clearly having fun with this duo of covers. I can hardly wait to hear what he will unveil on the next mini.