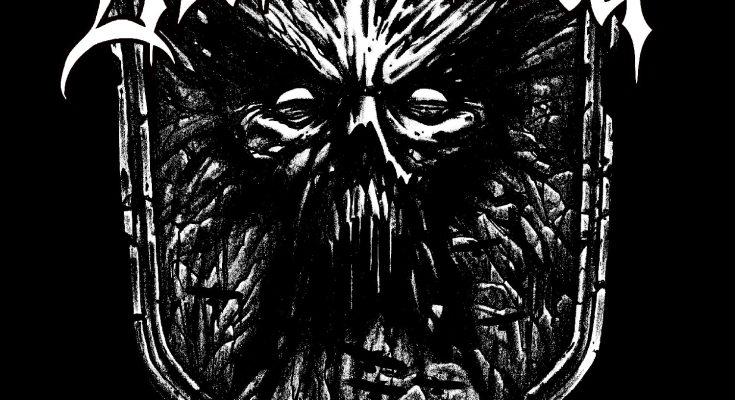 Norway’s black metal legends Immortal makes a heralding comeback after almost a decade since All Shall Fall album. Ever since Abbath decided to quit Immortal, the band was put to rest as there were no further updates regarding the status of the band. With the dispute between Demonaz and Abbath many fans thought that this would be the end of Immortal. Yet the sons of northern darkness remained loyal to the legacy of Immortal and together they rose like titans from the permafrost side by side, with Demonaz handling the guitars and vocals for the first time in twenty years, Horgh on drums and Peter Tägtgren of Hypocrisy and Pain on bass.

Storming with the opening track which holds the album title, it is clear that Immortal evokes the sharp riffs of Blizzard Beast and Damned in Black. Horgh once again shows his ability behind the drums while Demonaz raspy vocals are captivating, the powerful force of darkness that surrounds the track creates a blizzard furore. The new album was recorded at the Abyss Studio which has always been preferable to the band. Northern Chaos Gods is the ninth studio album and it comes in eight cuts of icy and frostbitten black metal aggression, defined by the mastery tunes of the selected components that manifest the dark visions of Demonaz.

Into Battle Ride retrieves the older sound of Immortal, as the second track shows a clear variation in direction compared to the first song, but nevertheless its essence holds the gripping nature of black metal. Immortal certainly still has their grim ways that made them one of the best black metal bands to ever emerge from Norway. Gates to Blashyrkh brings its mighty tunes from the realms of the mighty raven dark, with powerful driven riffs this track will freeze your soul with its icy melodies. Not only this but Immortal has the balls to layer this track with elements of the past albums, by recreating the epic moments from At The Heart of Winter and All Shall Fall. With the crushing guitar riffs dominating, this is for sure one of the best and most epic tracks written by Demonaz. It’s true that Abbath has transformed the band and took it to another superior form, but Demonaz seems to be able to handle the same quality.

Grim and Dark is based on heavy riffs and shows how the band relies on creating poignant guitar riffs, along with the storming blast beats of Horgh that accelerates with rapid force. While restoring the heaviness and slow passages of the Damned in Black album, this track is massively charged with razor sharp guitar riffs and melodies that reminds me of At the Heart of Winter. And this is to say that Demonaz has crafted intellectual material that animates the band as one of the leading acts in the black metal genre. Called to Ice has an incredible amount of heaviness, the double bass pedals are intense along with the uttered raspy vocals of Demonaz. Northern Chaos Gods denotes that Immortal can survive without Abbath and they have reached the apex of their productivity while relying on the foundations of the band’s early albums. The new tracks are forged in the spirit of inevitable darkness, charged with towering lead guitars of cold icy riffs. This is for sure the rightful epoch of Immortal’s reign, never before the band was able to deliver such kind of absolute grimness.

The songs on the new album tend to develop into frost like atmosphere, particularly on the track Where Mountains Rise which is epitomized with epic majesty of the guitar segment chords and its sound crushingly heavy and ruled with profound awe. Demonaz rapid riffs and mid pacing guitar tones are very abrasive and powerful, each track has a central riff which acts as the main strength of this album. Blacker of Worlds erupts with Horgh drumming skills which doesn’t need any further clarification, his ability to hammer the drums at high velocity is remarkable. Mighty Ravendark continues with the same musical form of the previous tracks, the epic finale is nine minutes long and conjures a dark atmosphere of melodies.

If Abbath had his gimmicks in the past then let me say that Demonaz truly understands the dynamics of Immortal from its soft layering melodies to its brutal force therefore the new album is related to the aesthetic art of the band. And this album will certainly win the hearts of the new and the old fans, what Immortal has achieved on this album cannot be expressed into words. But these North men have redefined the quintessence sound of black metal, and brought to us a magnificent record that is entirely inspired with epic majesty of the Blashyrkh realm, Northern Chaos Gods is simply a masterpiece!!!!!