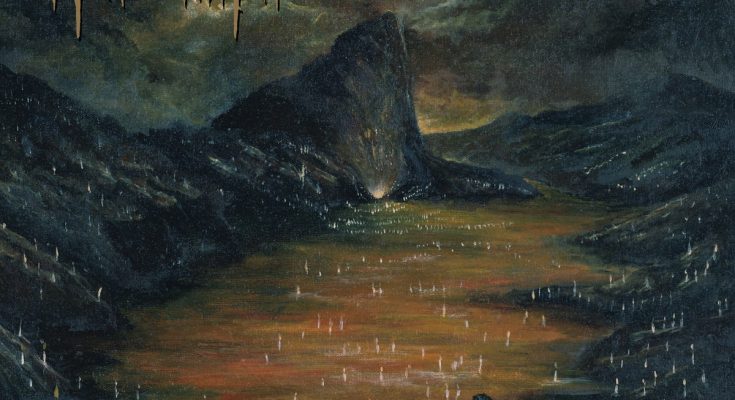 Infernal Conjuration is an old school Mexican death metal outfit that was formed in 2006. During the early years of formation they released their demo in 2007, three years later the band released their first EP Avto de fe in 2010, which followed by another EP Death Has Appeared In 2014. Infernale Metallum Mortis is their first full length album which was released through Iron Bonehead Productions. The three members come from different bands such as the Mexican death/thrash band Mortuary, Wicked Moon and ex-Omission.

Infernal Conjuration has a particular aspect to the likes of Sadistic Intent and Shub Niggurath, the cruel and wicked methods of this debut album is brought by the extreme quality of old school death metal in general. In addition, the rapid tempos of brutal thrash metal are simultaneously fitted to overall sound. The firm and fundamental attachment to thrash metal in general adds a dynamic boost to tracks on the album. And apart from the precise description, there are many moments where the band resembles the early sound of Morbid Angel.

Infernale Metallum Mortis is an ungodly record, loaded with infectious riffs and constant energetic drum performance. The solid interpretation of guitar work and fascinating approach to songwriting makes this album one of the best records of 2019. The fierce tonality is mainly determined by the strong effect of the tempo changes. Infernale Metallum Mortis is truly a classic death metal record that finds itself attached to the old school death metal style of the Latin American bands.

The powerful dynamic and the sudden shifts in tempo have a unique and captivating effect. And it seems that the band has analyzed how to attain the old school technique of death metal. Each of the riff patterns of the songs are genuinely fitted to the primary style of bands such as Morbid Angel, and in many ways I find the riffs on the debut album a counterpart to the Altars of Madness album. The harsh vocals for example remind me off David Vincent’s style of growling, yet there are some melodic and slow sections where the band uses some elements of doom metal as well.

The opening track Dreadful Knowledge is built on striking guitars, which have an aggressive tone and wicked vocals. The guitars are beyond the normal degree. They are played fast and chaotic propped by hyperactive drum performance. The typical quality of the record is filed by the evil atmosphere that spreads, the rapid intensity of tracks like Profound Immortality where the blistering solos are performed with agility.

Infernale Metallum Mortis has many raw components from thrash and death metal, the early style of Sepultura. The impact of the twisted riffs shows how the band can write effectual songs, and they’re effectually and skillfully performed. Cleansed in Asphyxia is stemmed by catchy guitar lines, Infernal Conjuration evokes the slow and vicious doom elements. The drums are violent and destructive as if all the members were touched by evil spirits. Infernal Conjuration gives a pedagogic lessons on how to play old school metal. In a way the album has the spirit of 80’s raw metal.

Emmanuel Luna provides some sick and morbid growls at a great level of intensity on Necrolatria ( A Los Muertos Blasfemos ). It is brimmed with demonic experience from the frightful moments, which are mainly fulfilled by the wicked growls and dreadful riffs. Infernale Metallum Mortis is ultimately fast and brutal. Each track hits hard and straightforward, In The Presence Of Another World is one of the tracks that repose to the evil binding rhythm of the dual guitar. Infernal Conjuration are an ideal paragon of old school death metal, and once again the Latin American metal bands prove how they can accomplish their style through the raw principles of metal. Sonically, the band has a tremendous power of shifting from the Morbid Angel tone to the solid barbarity of Sadistic Intent.

The death/thrash metal rampage continues on tracks Demonic Procession and Tremendous Plague where the drums proceed rapidly with loudness while the solos are manically fired. Infernale Metallum Mortis is fueled by the ferocity of the sharp guitar riffs, the sick wicked growls and vigor concentration of the drums. The final track Ultimatum is a rapid blast of energy loaded with death/thrash attacks and fulfilled vigorously. Do yourself a favor and buy this killer album, you won’t regret it!!! 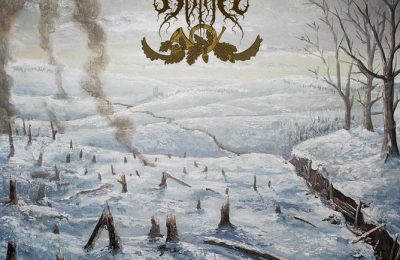