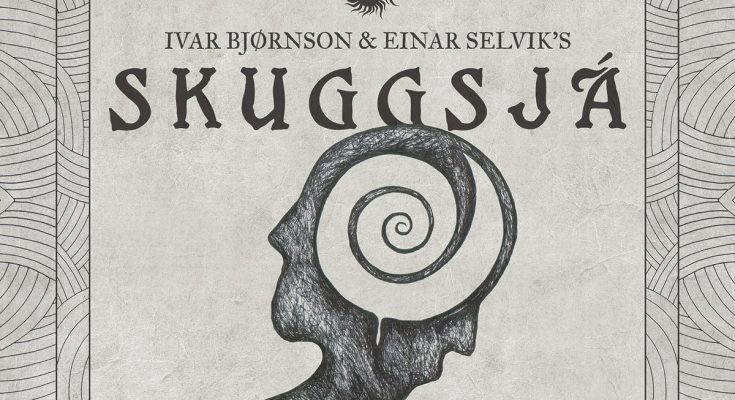 The announcement that Enslaved‘s Ivar Bjørnson and Wardruna‘s Einar Selvik would be working together on a new project made me squirm with anticipation. I was more than curious to see how the blend of Wardruna‘s ambient folk with Enslaved‘s progressive metal elements would turn out. The music was first commissioned as a concert-piece for the 200th anniversary of the Norwegian Constitution and performed live for the first time in September 2014 at Eidsivablot Festival in Norway, exactly where the constitution was written. A year later our Dutch neighbors were lucky enough to receive Skuggsjá as a headliner act on the 20th edition of the Roadburn Festival. On popular demand the project was recorded in its entirety for a release in 2016. The CD booklet explicitly states that the piece was arranged to be performed by Enslaved and Wardruna, so my initial question was if Skuggsjá would just sound as ‘Enslaved + Wardruna’ or if they managed to construct a piece that grows beyond the sum of its parts?

Before I delve into my musings on Skuggsjá‘s music, I first want to credit Season Of Mist for bringing in this project. The French label claims to be independent in thought, sound and vision, and for once this is not just a sales talk. With bands such as Rotting Christ, Septic Flesh, Sólstafir, Ghost Brigade, Ne Obliviscaris, … and now Skuggsjá, this label has released some of the finest works of art in metal over the last years.

A Piece for Mind & Mirror is a fitting title since the whole album gives you a lot to take in, so you better sit down for some reflection. For the first few minutes the Wardruna side of Skuggsjá gets the forefront. The title track (which means ‘mirror’) offers more of Wardruna‘s typical chants and instrumentation. Throughout the album you are enchanted by a collection of old instruments such as taglharpa, goat horn, bone flute, birch-bark lure.

But no worries, at the third song Makta Og Vanæra (I All Tid) the Enslaved side of Skuggsjá steps in to unleash its ferocity. Tore Hund is a nice example of the power of repetition used throughout the album. The rhythm and reiteration of some lyrics give the music meditative qualities to let yourself be absorbed. At this point in the album the songs offer what I would call a harder, rougher version of Wardruna. Selvik’s hand in the music is so recognizable and unmistakable. Voices of many fans swear he is the Norse god of poetry, Bragi, reborn. His mastery pays off as the former Gorgoroth drummer is involved in more and more projects outside Wardruna, for example his cooperation on the soundtrack of the series Vikings. Let us just hope that Ragnarok, the third piece in Wardruna‘s Runaljod trilogy, will not become Selvik’s Chinese Democracy or Time I & II.

The music is not all meditative. In fact, I would call the instrumental piece Skuggeslåtten downright haunting. The use of horns and blast beats near the end of this track simply gives me goosebumps. By far one of the most captivating moments in the album. Bjørnson and Einar Selvik continue blending the unique elements of their main projects with both Norse and Norwegian lyrics honoring the their country’s ancestry. I am more than happy to have bought this amazing album in the deluxe version because it not only gave me two bonus tracks but also beautiful art sketches inside the booklet and translations of all the lyrics.

In summary, I did not discover a new unique blend of Wardruna and Enslaved, but rather a fitting symbiosis of two outstanding Norwegian projects. Folk elements prevail but it is the atmosphere Ivar Bjørnson and Einar Selvik create on A Piece of Mind & Mirror that makes this a truly unique album and end of the year 2016’s top list material. 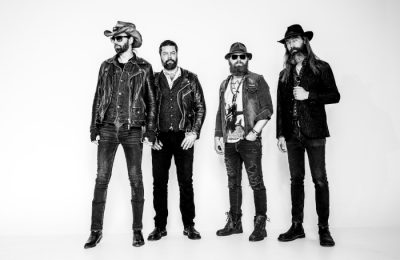