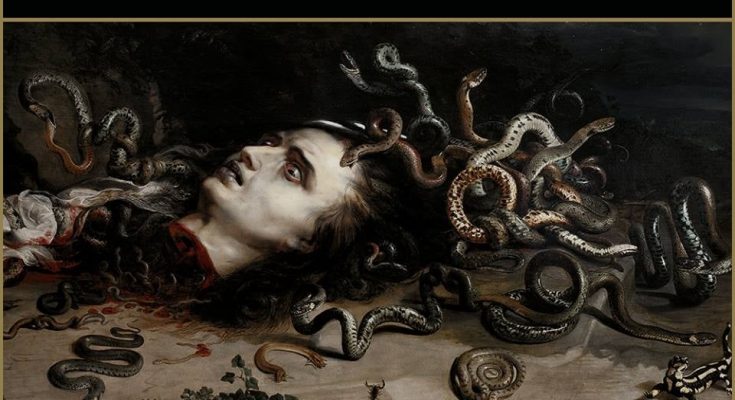 Pagan black metal band Kampfar have been around for 25 years with eight albums under their belt. Emerging from the Norwegian black metal scene in 1994 the band is known of its vast musical changes. Those who have been following the band since the early years of formation can tell how much this band has developed. Kampfar are rightly fit as a Pagan black metal outfit, ever since the band was formed by drummer/vocalist Dolk from the remnants of Mock. Kampfar turned into a classic band known for merging the styles of early Viking/Pagan black metal along with the folklore elements and this is to say that the band saw its full potential in 1997 when they released their classic album Mellom Skogkledde asser. And their 1999 album Fra underverdenen which had a good quality of epic portions and tremolo pickings.

Later on the band forsook the old school sound and improved their modern style of black metal. And by this aural shift they drew a line between their discography, Kampfar latest albums like Mare which was released 2011 and the 2014 Djevelmakt were a turning point when the band began to adopt the epic grandeur’s of pagan folk black metal style. The cumulative sensibility towards progression can be the accurate definition of their current sound. Kampfar does not resemble the musical style of Enslaved, they have somehow managed to create their own musical clichés depending on aggressive guitars and melodies which are akin to the modern spectrum of black metal.

Ofidians Manifest comes after four years of hiatus, it’s an album that bares the powerful sound of these Norwegians. And as always the guitars are the focal point, the opening track Syndefall is a great way to start the album. Building on aggression and powerful riffs, basically Kampfar have sharpened their sound. The guitar arrangements are catchy and extremely impressive and they’re followed by repetitive choruses. Simultaneously the sense of evolution and the natural ability have lead them to sound a bit different. At times they sound like a black metal band while in other moments they attract the listener by their obscure idioms. In respect to the changes and evolution Ofidians Manifest reflects the current level of diversity. Given enough power to the sensible melodies and thus the chilling atmosphere of the mid tempo parts are brilliantly crafted on the new album.

These parts are heavily oriented by the guitars and the melodic proportions, the second track Ophidian is built on majestic style of black metal and layered with epic melodies where the band deliberately emphasizes on these catchy riffs. Ofidians Manifest is a much diversified album given it a pompous feel, the Faustian tone which inundate the seven tracks are brilliantly demonstrated. The semi-rasps and the immense tone of black metal majesty is put to effect. What I like about the new album is that the guitars are very tuneful, and the band understand how to apply the impactful elements. Lyrically the album is based on ancient mythologies, perhaps the cover art of the album which represents the head of Medusa, can imply that the band intends to take a vicious approach to the new songs.

The level of quality is highly attainable on the third track Dominans but generally the album is also very balanced. It has many dark moments which are prevailed by the crushing guitar riffs. The song features the Norwegian rock singer Agnete Kjølsrud who also appeared as guest vocalist on Dimmu Borgir’s album Abrahadabra. Kampfar have pushed the boundaries to newer territories, other inventive elements can be found on the fourth track Natt, the use of clean vocals and piano adds a rich texture to the song. On Ophidian Manifest Kampfar treads between the thin line of the modern black metal and the second wave.

There is a powerful zeal and vivacity within the tracks, Eremitt for example is a grand black metal parade. And the memorable interplay between the piano and other instrument is very effect full. Ofidians Manifest is Kampfar‘s most sublime work, the artistic touch of the instrumentation and the superfine dark rasps makes it hard to resist this album. The up tempo beats accelerates drastically with the heavy sinister riffs. The delicate use of the clean guitars and clean vocals on the closing track Det sorte gives it that epic and pagan feel. The aggressive brisk of the vocals and the exceptional use of the tremolo pickings shows how the band has taken a big steps in terms of quality. Ofidians Manifest is recommended to fans of Taake and Enslaved. 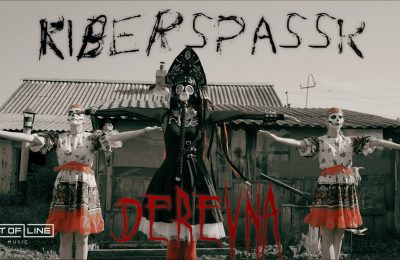 Kiberspassk unleashes a first song upon the world with ‘Derevna’