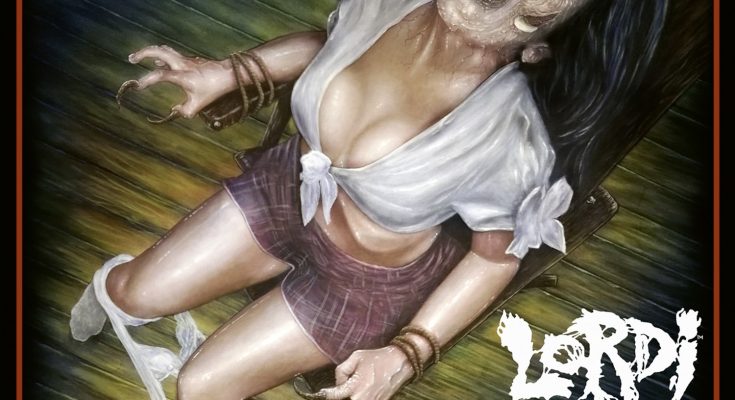 Aaaaah, Lordi… any release by this misfit band of monsters is usually great fun. They haven’t really scored big hits anymore after Hardrock Hallelujah, but have consistently delivered some damn catchy and often funny horror themed hard rock and have very dedicated fans all over the world. Now they’re back with release number 9: Sexorcism!

Album opener and title track Sexorcism immediately gives you the prized Lordi formula of rocking guitar riffs and catchy hooks all the while singing to you that you need a “Sexorcism”. Though the first real earworm is most definitely the really funny Romeo Ate Juliet that also rocks like hell in the meantime. Even after listening to the album only once, I caught myself humming “Romeo ate Juliet today, she’ll never have to be afraid again. ‘Cause Romeo ate Juliet today and everything was crimson red ’till the end!” for the rest of the afternoon. Lead single Naked In My Cellar is another one of those typical Lordi crowd-pleasers, featuring haunting synthesizers from Hella, rumbling bass from OX and hard rock licks from Amen.

The rest of the album evolves much around the same concept of catchy hard rock, with here and there a bit of a twist to the melody or rhythm. Two songs caught my attention still the most: Hell Has No Room with a very Rammstein sounding riff and Sodomesticated Animal which sounds as one of their heaviest songs ever with the industrial metal touch to it.

Sexorcism is definitely not the best release from Lordi, but it has it’s great moments for sure. When experiencing the progressive concept side of the band on their former album, I was hoping that they’d maybe do more with that. But I’m surely not disappointing, this is a perfect album to have a bit of fun in the sun during Summer!