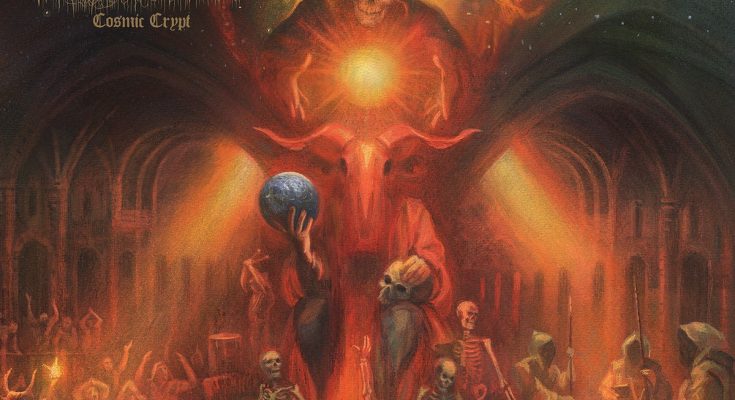 Mammoth Grinder  is an American death metal band based in Austin, Texas. Formed by members from Power Trip and Iron Reagan. In 2017 the band was signed to Relapse Records and decided to record their new studio album entitled Cosmic Crypt. During the recordings of the new material a slight decision was made in handling the instruments. Chris Ulsh handles the bass now and vocals, Ryan Parrish on drums and Mark Bronzino on guitars. Cosmic Crypt by all means is a game changer, for over the past years the band’s musical style was described as hardcore punk.

With the release of their fourth album Mammoth Grinder music can be summarized as crust punk, primitive death metal. Their new record is carried forth with chunky, sludge heavy riffs, bludgeoning drums beats and d-beat. Cosmic Crypt shows more maturity when comparing it to their previous albums. The eleven tracks are presented on cadaverous platter with full capacity of death, grind and punk influences. Mammoth Grinder proficient side shines with simple composition of combining the raw old school death metal style with punk influences. Throughout the 28 minutes the music seems to be holding together firmly without losing its intensity and brutal side.The opening track Grimmenstein is unleashed with fury in brutal death metal manner. While Servant of the Most High rages with destructive drum beats and a constant buzz saw guitar riff.

Most of the tracks are evoked with maximum level of savagery and violence. Human Obsolete and Blazing Burst prove that the band has a capability to throw down some of their best crust death metal songs as they are presented it in barbarous methods of execution. Molotov and Superior Fire power brings Mammoth Grinder to the climax of their performance.

Despite of the straight forward crust death metal style, the inspiration of Swedish death metal comes directly from Dismember. Mammoth Grinder shows a great musicianship, while the musical direction of the band has a modern sound to it, the aim was rather simple than having a varied sound. The production is crystal clear, and provides the music with a hellish assault. The short tracks deliver a distorted sound of extremity, the tremolo guitar are surged with reverberating power in providing a colossal blast. Mammoth Grinder have shared their psychedelic visual of their track Locusts Nest which was directed by Jenn Smith. Locust’s Nest is one of their highlighted tracks on this album it is stimulated with utter rawness and pummeled with total madness.

Mysticism and Rotting Robes are carried forth with bludgeoning d-beats, the crusty riffs creates a massive sonic wave.  The perfect combination of crust punk with old school death metal was the purpose of creating such an album like Cosmic Crypt. Mammoth Grinder has released an excellent album driven by fathomless hatred, and fans of old school death metal will find interest in owning this record. 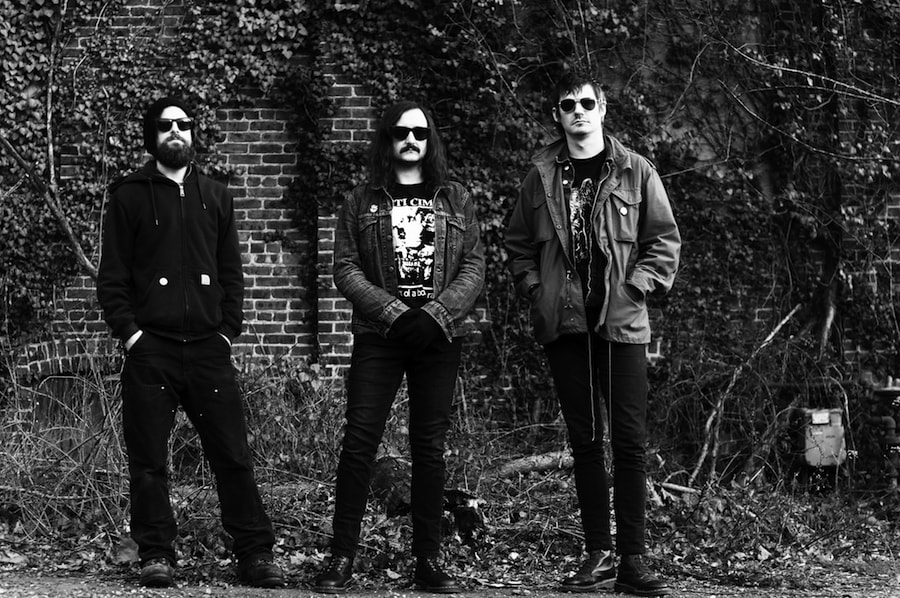