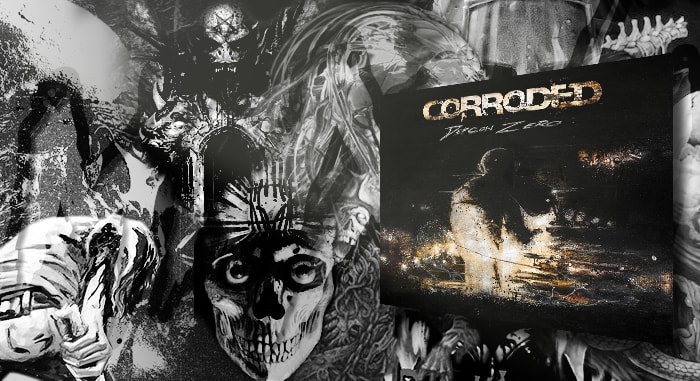 Another year gone by again and like almost every year we where treated with a variety of great releases. Not only by the bigger bands and the well known but also by some new fresh groups who really at some points raised the bar for the veterans in the genre.

Evil Invaders is one of Belgium’s best thrash bands that are around. They really took it to the next level with their new album Feed Me Violence, so I had to give them a spot in my top 10. Where the band in the past sometimes went a little over the top in their songs, they now learned to control themselves at some points and when the time is there, to really strike hard and blow you away.

Who thought that these pioneers of the genre didn’t have anything to offer these days, really were wrong. On their new album Infinite the band sounds fresh and really up for it again. The typical Deep Purple sound is there and the songs are just right, nothing is overdone. It just sounds pure.

W.I.L.D. was a band I discovered this year.  These French death/thrash metallers where already releasing their fourth full-length, but they never went on my radar until this release. The band released a very powerful album that contained a lot of speed and crushing riffing but also knew to make room for some melody and groove.

Another Belgian band who made it to my list. This is the first full-length release of the band with their new female vocalist Iris Goessens. Tension was high because of the change but Spoil Engine really raised the bar for themselves and delivered their best album yet I have to say.

What can I say. Kreator is a band that always delivers at their best. Every album the band pushes it to a higher level. With Gods Of Violence they did it again. Bringing another high class thrash metal album like only they can.

One of the most popular Dutch metal bands of this moment I think. With their new, second album, The Charm The Fury changed their sound a little bit. They left the real metalcore somewhat in the background and cranked the groove up a notch. Which results in a very smooth album that’ll please a wider range of metal fans. Sometimes this is a bad move for some bands but in this case the band really sounds much more mature and did a really good job.

A band that is formed by members Mike Portnoy, Billy Sheenan and Jeff Scott Soto to just name three of them, had to deliver something that was worth listening. From the first video the band released I thought the style would be similar to Portnoy‘s former band Adrenaline Mob. The result sounded way more like his even older stuff with Dream Theater. Not that Sons Of Apollo is a rip-off from them, because this time everything is easily listenable, something Dream Theater sometimes forgot and went over the top.