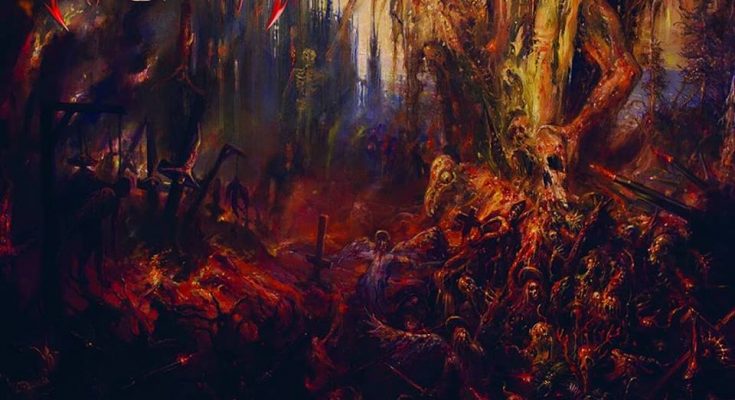 During the late 80’s the Brazilian underground metal scene was molded by the first wave of black metal bands such as Sarcófago, Vulcano, and Mystifier. No one can ever deny the fact that the Brazilian metal scene was also fronted by the band Sepultura, their influential part in laying the institutional structure of thrash metal was widely praised by metalheads from around the world. The dramatic change and development of metal music back then was approached with raw standards. Thus it’s almost unforgettable not mention the role of Sarcófago and the Brazilian black metal outfit Mystifier. The Latin American metal bands are mainly raw in their musical nature, and they have somehow detached themselves from mainstream metal music and preferred to remain true and primordial.

That was the case with most of the Latin American metal bands in general, take for example the Peruvian death metal band Mortem who remains authentically raw and brutal. Other example is the death metal squad Krisiun who also remained unchanged. And much like the legendary band Mystifier who now returns after 18 years of silence. Founded by bassist and guitarist Beelzeebubth in 1989, Mystifier were best known as one of the originators of primitive black metal bands. Their classic album Goetia stands as one of my favorite black metal albums of non-Scandinavian records.

Protogoni Mavri Magiki Dynasteia (Mysterious primitive black magic dynasty) is the title of the band’s fifth album. Where they evoke their style and explore further into unknown musical domains. And that’s by weaving the sonic quality with evil sounding riffs which are ridden with sickness and bewitchment. Thus, the force of darkness incarnates within the new offering as the band weave ten tracks sublimated with the purity and the foundational class of death/black metal.
The eponymous begins with eerie spoken words and symphonies sprawled with the majesty of the early style of black metal. Elevated by strings and heavy guitars, the track feels like it has been cloaked by dark and mysterious vibes. The rudimentary sound of the band is splendidly instilled within the guitar sections, the riffs here are very distorted by the raw quality.

Weighing Heart Ceremony begins with excellent bass lines that takes a good share on this album every instrument is clearly audible, as for the vocals they are followed by black metal shrieks, and death metal growls. The entire sound here is brought from the crypts of the underground. The recent outing by the Brazilian cult is centered upon crucial and primary form of black metal. This is basically more of a musical proof and a unique pattern of the first wave of black metal music.

Mystifier sprinkle the melodies and they place them on the right passages, the tempo continues with the trademarks of the band’s classic style. Clearly enjoyable and mesmerizing and I say this because the new album is genuinely crafted. Witching Lycanthropic Moon has this peculiar vibe to it, the melodies are subtly achieved here bassist and vocalist Diego DoUrden has a unique way of demonstrating his growls. The keyboards ebbs and flows quite well and they enhance the song texture with excellent symphonies. If you are familiar with the early albums of the Greek death metal band Septic Flesh, then you will notice the similarities of the melodies. The guitar melodies are attained with the 90’s melodies death metal style. Mystifier’s fourth track Akhenaton (Son Mighty Sun) has lot of magic in how the band execute their solos. Despite of the minimal use of synth, they do create this eerie atmosphere, the guitars are superbly fulfilled.

Six Towers of Belial’s Path is yet another killer track on this record. The doomier sections infiltrate into the song structure and skillfully scaled with pedagogical methods. With guitars delivering hellish riffs and they sound so perfect. The new album also includes some fast tracks like Demoler Las Torres Del Cielo ( Demolish the Sky Towers), with growls sounding evil and filthy in the same time. Protogoni Mavri Magiki Dynasteia is truly a cult album rooted with fundamentals of death and black metal. Efficiently the band succeeded in breeding the style of the primordial metal sound. Soultrap Sorcery of Vengeance is cemented with unique propositions of the old school of black metal.

This is a perfect album for fans of Blasphemy, Sarcófago, early Samael, and Archgoat. Mystifier have raised the bar high on this album. (Introcucione d’la Melodia Mortuoria) Thanatopraxy (Introduction of the Mortality Melody) rife with evil sounding riffs. Albeit of the strange sounding tunes this track is very groovy, with songwriting being more concisely designed with eerie melodies. The track feels more inspired and consistent and without losing its bizarre sound therefore the new songs venture into mid tempo with fast drumming that particularly burst with rapid blows. Chiesa Dei Bambini Molestati (Church Of Molested Children) is overly chaotic and the drumming are played fast with strange riffs that sweep within the rapid maelstrom. Protogoni Mavri Magiki Dynasteia has a mystical efficacy it is designed by the work of devilry and evoked by occultism and magic! 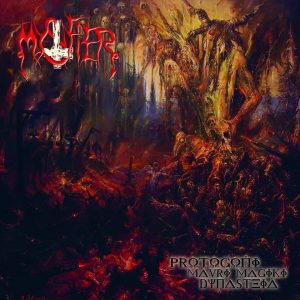