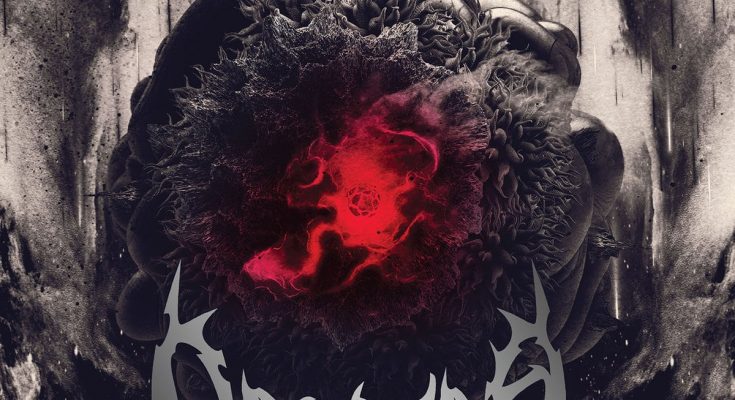 Diluvium marks the return of these German adepts of progressive/technical death metal. Through the past 12 years Obscura has carved its name deep in the category of technical death metal genre. While it’s not my favourite metal genre to be honest, I was somehow curious to check their latest material and personally I was never a fan of their past studio albums either but things do change I believe. And before reviewing this album I had to re-visited their entire discography and I can easily say that their latest record is their best outing to date. Diluvium is a different musical entity without being connected to their previous albums. It also defines a new level of technique which the band has achieved.

And truthfully Obscura has gone through evolutionary phases of progression and have put so much effort to achieve their goal with this album. The new songs sound more comprehensive in my opinion as they are provided with extensive elements which have been wisely illustrated here, and these elements were obtained from their past work. The four musicians seem to be musically enlightened while they were in the process of writing new material.

The album begins with Clandestine Stars which gives you a profound indication of their latest sonic virtue. The first track is overtaken by fast drums and technical riffs where the band reveal their genuine style of song writing. Obscura skillfully weaves their sonic into the direction of ethereal themes by pushing their songs into a new sonic boundaries which are defined by clear progression. Also aggression is another side of the album as the band sounds more refined and focused. Though they are known for their technical aspect, the new songs are veered towards higher limits of undiscovered territories. Emergent Evolution is cantered on jazzy and progressive vibes, the guitar performance is stellar and dominant. The eponymous track is another highlight on this album, the song structure is assembled and formed by various parts. The drums are animated and play a leading role along with the other instruments. The bass guitar sounds vibrant with a pulsating rhythm. Diluvium is inspired by cosmic soundscapes, introducing harmonious choruses created by the beautiful guitar work.

Mortification of the Vulgar Sun is smoothly blended with the touch of aggression, there is a lot of quality here from the melodious harmonies and the strings which have been perfectly weaved in the song structure. The high pitch of vocalist/guitarist Steffen Kummerer adds the power of aggression. Diluvium is a modern technical death metal album which demonstrates the classy melodies that will get you hooked instantly.

Most of the tracks are infused with modern sound, the production itself is crystal and polished where each instrument vibes with efficiency. The tracks demand your attention and that’s because of the complexity of the sonic composition. Ethereal Skies is one of their most creative tracks, it also displays the intellectual song-writing skills of the band. Ethereal Skies is also one of the tracks which has two musical passages, the track is embellished with catchy symphonies when later it shifts into the technical and progressive sections.

Convergence leans more towards the melodic side and has lot of details from the male chorus, lead guitar and solos, the track is also fused with the jazzy and technical death metal. Ekpyrosis brings back the solid aggression, but this time Obscura engages into full heavy mode. Rafael Trujillo solos are derived and formulated from the neo-classical solos and they have this rich and modern sound to them. Musically Diluvium is a very complex record and it is formed on various elements and shaped with ethereal melodies and solid aggression. At times I wonder if the band members cultivate their musical vision by listening to Death’s album The Sound of Perseverance. Although they both sound differently but in the same time both albums are classified under the technical and progressive death metal style.

The Seventh Son is build up to form a massive texture with integral components of the heavy guitars. The Conjuration is a gigantic track where it sweeps by with massive guitar architecture, and they are profusely layered with ultra-heaviness and significant amount of riffs. And Epilogue to Infinity is vibrant and distinctively triggered with chugging death metal riffs. It is also ornamented with the selective elements from jazz and progressive vibes of technical standards. This is a very overwhelming record and it’s gorgeously elegant. Diluvium is a well-crafted by these German adepts who have created a ground breaking album in the history of technical death metal music.