Due to corona measures the second edition of Miracle Metal Meeting has evolved from an indoor festival to a full size open air festival with covid-safe tickets. Seven bands in one afternoon/evening promises a lot of great energy and music. A great Line-up is brought to Deinze (Belgium) with Turpentine Valley, Carneia, Dyscordia, Liar, Spoil Engine, La Muerte and Cowboys from Hell.

The first band, Turpentine Valley, starts the day calmly but intensely with compelling instrumental music that drags you into a daze. They made sure to test out if the smoke machines and sub woofers are working properly.

It’s still early, but there is already a small crowd gathered in front of the stage. Their attention is drawn to the stage by the theatrical movements of the frontman of Carneia.

Lots of guitar power is filling the stage as we may expect from Dyscordia. They are bringing ‘new’ songs the first time live. And fans can already sing along.

Pure and raw hardcore from Liar. Living in bubbles is over, the crowd is heated up by frontman Hans, to all party together. Even technical problems can’t bring the heat down.

If there is one band who clearly missed performing (in Belgium) it is Spoil Engine. They are totally crushing it and took an excited crowd into the night. An encore with a song from Pantera winks to Cowboys from Hell (who are performing later that night).

Darkness has fallen in Deinze. The alternative metal of La Muerte brings a dark ambiance to the festival moving the crowd.

One final party with Pantera tribute band Cowboys from Hell. They bring the energy back for anyone who is still awake and ready to crowd surf or mosh. 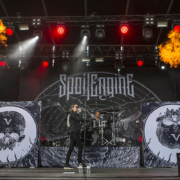 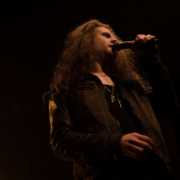 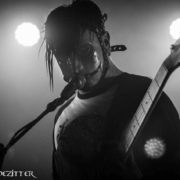 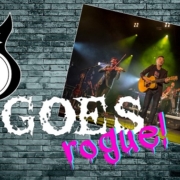 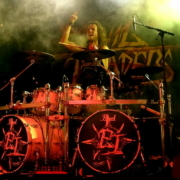 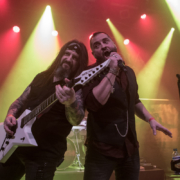