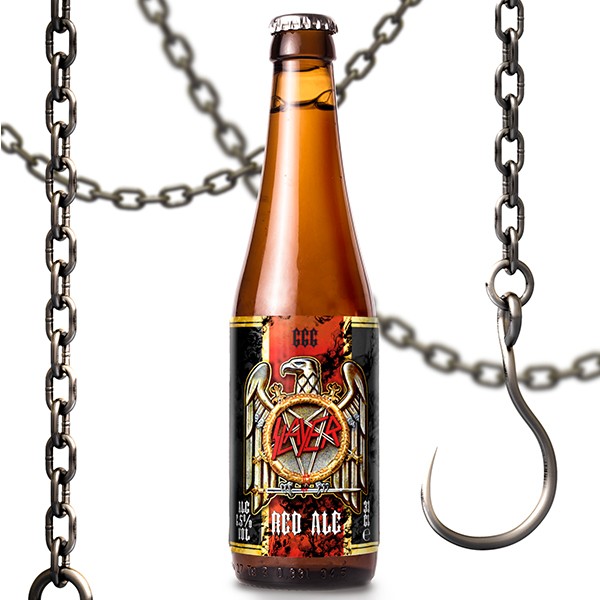 Accidents happen when you collect and taste a lot of beer. I admit it, I forgot all about this beer in my storage. Since the 'best before date' said April 2016 and I discovered this beer April 2017 I am a bit overdue with tasting it. Especially since red ales are not particularly known for their aging qualities. However, sometimes little accidents can have unexpected positive results. So it was for the 666 Red Ale by Slayer and Nils Oscar.

Patrick Holmqvist, head brewer at The Nils Oscar Company had to say the following about his creation:

Anyone who knows me will realise what a huge compliment it is to be brewing a beer for Slayer. Since the early days of "Reign in Blood" via "Diabolicus in Musica" to modern releases as "World Painted Blood", I have always loved the ground breaking music. With the Slayer 666 Red Ale, I have tried to compile all those hours of listening into one great beer.

Let's see what has become of his forgotten brew!

When poured this senior Red Ale forms a beige foam head that dissipates quickly. The colour is a deep dark ruby. Quite a lot darker than a fresh bottle. The aroma gives away scents of caramel and red berries. Blindfolded I would have guessed I was smelling a Belgian Dubbel beer. So far so good, I would say. While the storage conditions were fine I realize this is a long shot. My worries melted away with the first sip. I was presented with a low carbonation beer, with an oily texture and a medium body. The beer turned somewhat thinner near the end. Flavors went from sweet caramel over red berry jam and some nice malts. Near the end a little - not unpleasant - sour was playing. The sour indicates I am really playing with the longevity of this beer, but hey, isn't that what the band Slayer has been doing with their careers for years now? Earthy, wooden notes appeared as the beer warmed a bit. I am sincerely impressed this beer aged and preserved so well and turned out to have such a complex flavor profile!

For those of you who can't find a bar that sells expired 666 Red Ales or do not have the necessary patience, we compared to see what you can expect from a fresh 666 Red Ale. The rich warmer tastes are there, but not so prevalent yet as the aged version. Further more you have a stronger hop bitter finish.

To compare, this is what the commercial description of the beer stated:

A unique craft beer based on five different malts for a strong base, where El Dorado and Mosaic hops add an unmistakable character and identity, giving Slayer 666 Red Ale a perfect balance. Red ale is characterized by a deep copper colour, often with a deep reddish hue and a malty sweetness.  Most are in balance between malt and hops but Red ales in the American style can have a medium to high bitterness and a big hop aroma.

Also visually the 666 Red Ale scores good points. Just like with Slayer's Reign In Blood Cabernet Sauvignon this is a product produced by the Swedish Brands for Fans. Commercially driven or not, these guys know how to put a stunning artwork on a beer. We recognize the impressive eagle standard and pentagram sword logo. The reddish color on the background summons visuals of a bloody abyss. On the back of the bottle we once more have the bar code stylized as an inverted cross as a nice detail.

We leave the last words to Tom Araya himself who stated the following about their decision to also have a Slayer beer brewed.

The Slayer wine we had was really good and did really well, so this sounded interesting to us. When we were first approached about the idea for a beer, my concern was that it had to taste good. We really like the way that Patrick works; he’s dedicated, has a lot of integrity and really cares about making a high-quality product. He didn’t disappoint, the Ale taste great! We hope our fans will enjoy Slayer’s Red Ale. 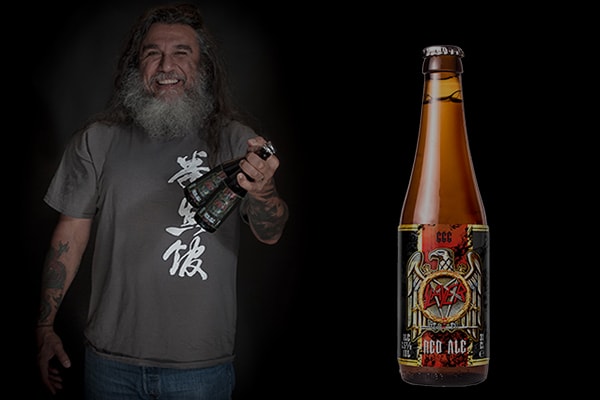 What I hear is "$$$", but if it tastes good after being forgotten in my storage, who am I to complain? Hmmm, I wonder how long it has been since I blasted Reign In Blood from my speakers? Time to get the dust off that old thing as well... 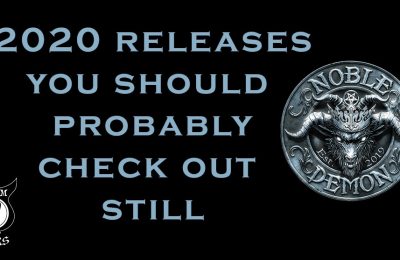