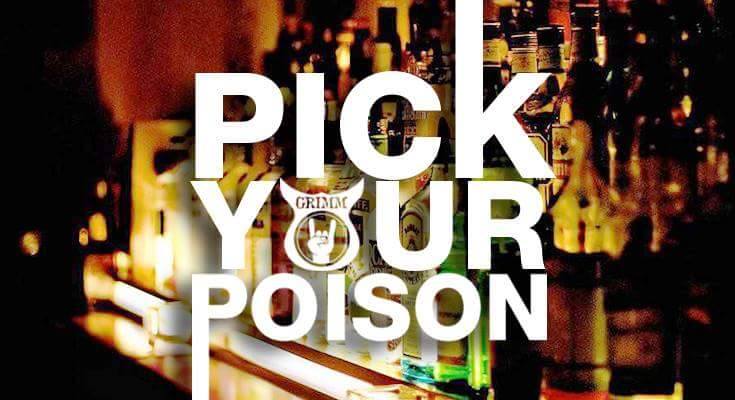 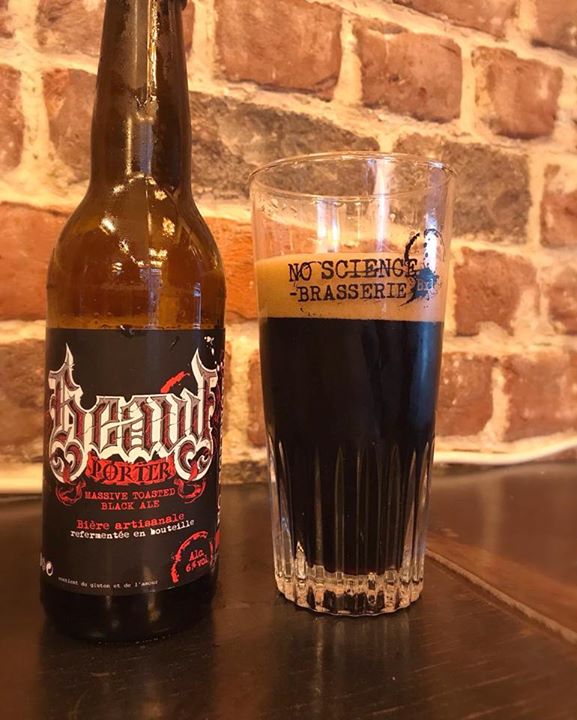 A while ago we featured the review of No Science Brasserie's Psycho Table Beer. We like to introduce you today to another of there beers that clearly breathes one of the musical styles we love so much. While the Psycho Table Beer seemed to be drenched in a punk and psychobilly feeling, this Heavy Porter draws more towards a darker side of the heavy metal genre.

While it still needs to be determined if this Heavy Porter is indeed a heavy porter, at least it starts pouring quite thickly. We get a massive creamy beige head that steadily shrinks until a finger remains. The colour is pitch black, no colours shine through when held to the light. At least so far everything indicates we are dealing with a firm product to please our dark souls. A toasted aroma greets the nose with feint hints of coffee. Despite the seemingly dense pour the mouthfeel is only medium, yet with a creamy texture. The carbonation is surprisingly high for a porter. From the start, it it is clear that the toasted character from the aroma returns in the flavor. Furthermore, we notice some hazelnuts and earthy notes, hints of chocolate and some vanilla here and there in some sips. The hoppy bitterness only kicks in near the end. It is clear from my use of words that nothing of the Heavy Porter's profile is over-pronounced. All things are 'feintly' present 'here and there' with 'notes' and 'hints'. While some made judge this beer lacking in character because of it, we could also argue the brewers succeeded in creating a really balanced beer that could please a lot of people less familiar with the style.

The word 'Heavy' on the label immediately made me think of the font of the band Ghost. The word 'porter' is written on a blood red banner flag that flows through the letters of 'heavy'. The subtext 'massively toasted black ale' is in the same old type machine font we know from the brewery's main logo which can be found on the side. For the first time  we also find some grey in the letters of 'heavy' on the label next to the brewery's classic use of black, white and blood red as main colors. Other than the logo of the name of the beer all the little details are the same on the Heavy Porter as it is on the Psycho Table Beer. A fun to know fact is that older versions of the beer featured a background where red was the dominating color compared to the black version nowadays.