You are here: Home1 / Pick Your Poison2 / PICK YOUR POISON: Turbowarrior of Steel’s Crossover Partybeer

Have you seen the line-up of Grimm’s very first skate & metal festival Beer Pressure (19th of May)? If not, check out all the details here! We are proud to host Warbeast Remains, Objector, Devastation, Teras and Turbowarrior of Steel on our stage. Especially the last name caught Pick Your Poison’s eye as the band introduces itself as “the most Alkohölik Partymix of Crossover Thrash, Rock & Roll Punk & Singalong Hardcore…like the Beastie Boys on steroids!“. We were not surprised to find out these guys already had their own beer out. Come skate and mosh with us on the 19th of May, but first… let’s taste that Crossover Partybeer!

We had to pour the Crossover Partybeer carefully as it was clear from the outside it contained quite some sediment. Despite our efforts we got a hazy muddy looking beer with a small but firm head with a color that held the middle between brown and orange. While the appearance might not be the most appealing the aroma was fruity with hints of yellow stone fruits and peach. The first sips revealed a medium mouthfeel. At the begin the beer gave off a lot of carbonation which died out a bit later on, revealing more flavors and making it more pleasantly drinkable. I’m guessing the band confused their reference to the ‘Beastie Boys on steroids’ with the New Zealand brewery Yeastie Boys as the first flavor that hit your mouth was quite yeast forward. In the middle more fruity flavors of mango and peach appeared. As could be expected from ‘the most Alkohölik’ band the ending is more alcoholic and warming, even slightly peppery, which is quite nice for a blond beer.

Overall, the Crossover Partybeer knows some highs and lows. While it definitely has some nice features, we had the feeling the recipe could be tweaked here and there to create a cleaner brew.

As befits a DIY band the labels on the bottles we got to sample were simply a sticker of the band due to problems with the labeling. Luckily, Untappd gives us some insight of the labels that did get a proper label. Dominated by red and white colors, we see the band name’s abbreviation TWOS in its typical dashingly written style. The center emblem is decorated by two parchment colored banners mentioning “Crossover Party beer by Turbowarrior of Steel”, and is further ornamented by hop bells instead of the typical ancient laurel wreaths. I see this band capable of holding a drinking contest on stage and coronating the victor with a green golden crown of hops!

The band announced the beer on their own Facebook with the following statement:

Now it’s totally official! We’ve got our very own TWOS BEER ?Turbothanks to Bram from Castalia Craft Beers for makin’…

Where can you find this thrashing beer? Unfortunately, there was never much chance to order the beer… Rumor has it the band drank the whole stash themselves! I guess, we’ll just have to wait for a next batch! For now, we suggest to come and check out the band at the Beer Pressure festival on the 19th of May in Ghent! Also be sure to check out the other beers of Castalia. Inspired by Greek mythology they brew beers dedicated to the muses or inspirational goddesses. They also annually brew the ‘Devils Beer for Angels’ for the Devils Rock For An Angel metalfest, dedicated to raise awareness and money to combat child cancer. Drinking a good beer and supporting a good cause, we’re all up for that! 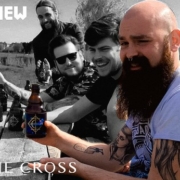 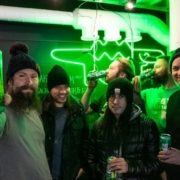