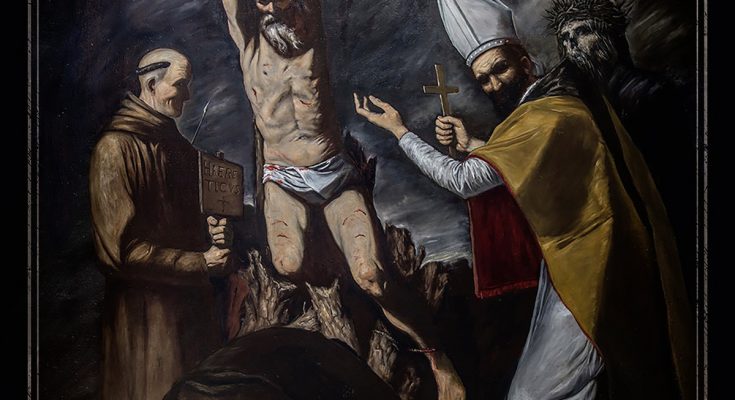 At the dawn of their 7th lustrum the Greek black metal outfit Rotting Christ begins a new era that sees the band evolving into greater heights. Being one of the prolific and major bands to emerge from Europe with satanic ideologies. The band now proceeds with their 13th output gaining skills from their long experience and by that they re-animate the signature style of their unrivaled riffs and bombastic melodies. Rotting Christ have been around for three decades and they constantly have released many classic records, with my all-time favorite albums being Thy Mighty Contract, Non Serviam, A Dead Poem and Theogonia.

The Greek musicians have built a steady momentum with every studio album, shifting their musical style from black metal to gothic metal. In the era of 2000 the band released some strong records like Sanctus Diavolos and by that they changed to blackened metal. The band witnessed another change in style and around the year 2010, following the era of Aealo they continued exploring different sounds fusing folk metal with black metal. Until very recently Rotting Christ begun to use some experimental methods on their latest albums like Κατά τον δαίμονα εαυτού.

And since the beginning of their musical journey mastermind and guitarist/vocalist Sakis Tolis has built a close partnership with his brother and drummer Themis Tolis. And together with bassist Van Ace and guitarist George Emanuel they have formed a union. The Heretics, shows an extraordinary signs of progress as they excel over power full and dynamical energy on the basis of the Rituals album. The fact is Rotting Christ have always been ahead of many black metal bands, they consistently rebuild their sound by amending the errors and defecting the flaws. The Hellenic masters creates a captivating album that is swayed by rocking vibes and up-beat tempos which stomping out the rhythm with striking guitar riffs.

The new album manifests the talent of the band as they infuse some gothic elements in some of the songs. The majestic opening of In The Name Of God is embellished with ethereal choirs and starts gorgeously with gigantic guitars and loud drum beats, presenting their signature trademarks with modern touch. Vertry zlye is a reminiscent of Aealo and its preserved with female chants. And accompanied with male chorus and maelstrom of guitar riffage, that surpasses with beautiful melodies.

Heaven and Hell and Fire binds the elements of A Dead Poem album and it’s set with heavy guitars and catchy melodies. The astonishing rhythm guitar and riffs increase the thrill of this song. The Heretics was mastered and mixed by Jens Borgen and this explains the massive sound quality of the choirs and the clarity of the instrumentation.

Hallowed Be Thy Name is fulfilled with the power of the guitar riffs while the purity of the choirs are defined with consonance. The Heretics in general ensures that the band has departed from the experimental territories as they focus on a concise material. I Believe is represented with folkish elements, it has a darker tone with fast guitars and a steady tempo and addressed with spoken words. Fire, God and Fear is scaled with high tempo and heavy guitars, the solos on this track are excellent and they are marvellously crafted.

The Voice of The Universe is an outstanding track that transforms into one hellish mass of swirling riffs and bombastic choirs. There is an apocalyptic feel to this track especially with the spoken Arabic verses, the catchy melodies and menacing guitars are accompanied by black metal growls. Yet the significance lays in how the band refers to their older sound as they merge them perfectly with their modern sound.

The new Messiah is modulated and built upon ineffable guitar segments and dark layers. Beside the guitar licks there is also a technical aspect concerning the guitar tonal, The Raven which is the final track embodies some beautiful melodic solos. The Heretics is a polished album, the tracks are accessible and they are delivered with spectacular lead guitars and classy solos which makes them so powerful. Through the medium of metal Rotting Christ have achieved their musical art and this time they have nailed with perfection. 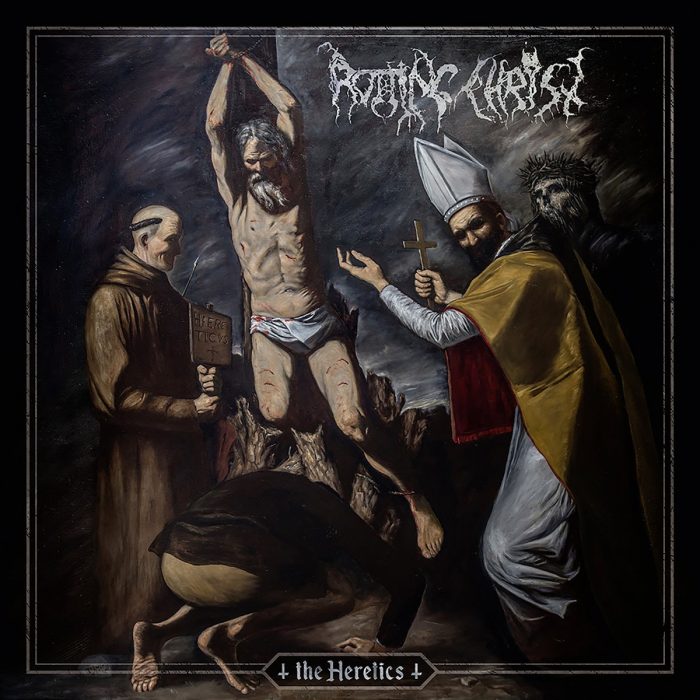 Release Date: February 15th, 2019
Label: Season of Mist
Track list:
1.In The Name of God
2.Vetry zlye (Ветры злые)
3.Heaven and Hell and Fire
4.Hallowed Be Thy Name
5.Died Irae
6.I Believe
7.Fire God and Fear
8.The Voice of the Universe
9.The New Messiah
10.The Raven
11.Sons of Hell (Bonus track)