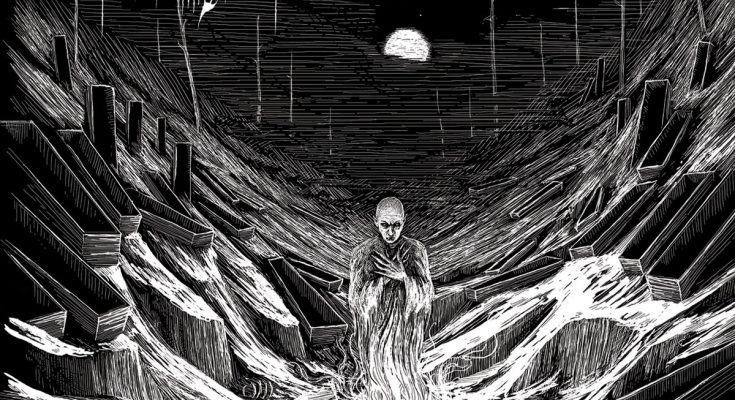 In my perception the origin of black metal music resembles an old tree which has deep and long roots that grows to the fathomless depths. Its solid structure allows it to grow towards the heights, with various branches divided into many parts. Yet the tree of black metal genre is embellished with art of grotesque, tinted with obscurity and overshadowed by darkness. Finnish black metal band Sargeist was an ardent disciple in the early years of formation. The band name is derived from German language which means the spirit coffin. Formed by influential guitarist Shatraug, Sargeist is one of Finland’s finest black metal bands to crawl from the underground scene in late 90’s. And much like Horna, Behexen and Satanic Warmaster, originated with fundamental traits of satanic devotion. The band returns after four years of silence. As always with guitarist Shatraug at the helm, but with a different lineup after Hoath Torog and Horns of Behexen left the group. The latest offering was amassed by respective musicians from the underground scene. The lineup is consist of vocalist Profundus from Desolate Shrine, with guitarist VJS from Nightbringer, bass player Abysmal from Saturnian Mist and drummer Gruft from Desolate Shrine, Cryptborn and Lie in Ruins. 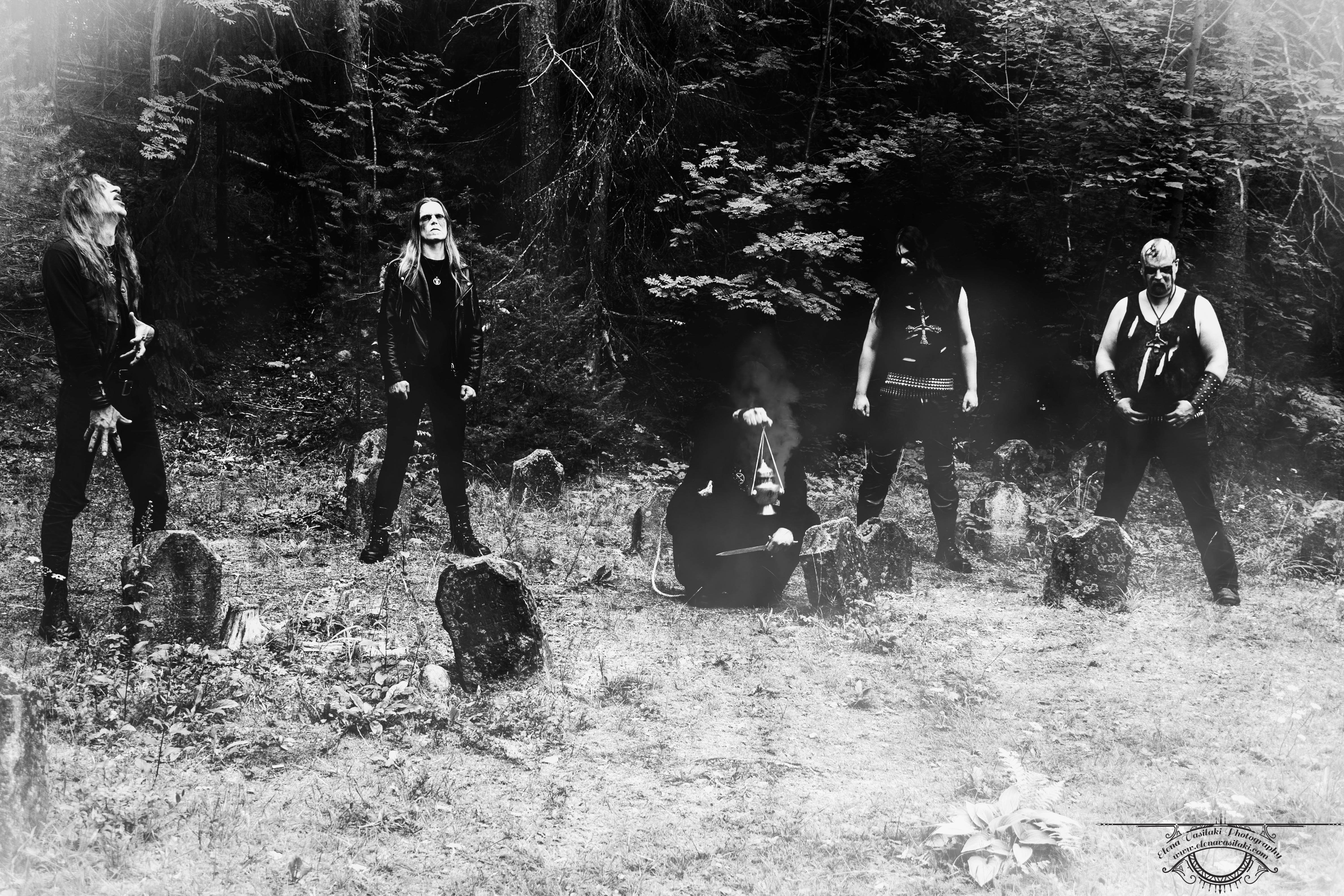 Unbound is the fifth output by this Finnish cult, the first track Psychosis Incarnate is masterfully depicted with black metal melodies and raspy growls. The cold icy tremolo riffs stream endlessly with blast beats, Unbound is beautifully wrapped with dark atmosphere and stuffed with gloomy ambiance. The vocals have two distinguishable facets of the raspy gutturals and high squeals.

To Wander the Night is a blackened psalm, elevated with the menacing spirit of the night. The track has a raging tempo where the melodies continue to unfurl with vividness. Profundus‘ growls are raspy and they add more depth to the track. Bosom of Wisdom continues with the same frantic growls with drums mastering at throttle speed of chaos. The third track varies in tempo, and ventures into the dark mid pacing section giving enough space for the instrumentation to shine.

Haunting Eyes is unfolded with plenty of tremolo riffs, this is more of a slower track dominated at mid pace performance. Unbound takes gradual steps to evolve into a black metal splendor, the album is lavishly melodic and well structured. The album is divided into ten clusters of pure black metal perfection, every track is played with fast tremolo pickings. And like most of the black metal acts, Sargeist have tighten the riffs and create a solid sense of grim obscurity. Her Mouth is an Open Grave is a fundamental track, that follows into the band’s classic raw sound. The drums fulfills its part engaging into blast beats and double bass. This track has a profuse atmosphere that is created by the quality of riffs and they are truly spellbinding

Unbound is another quality track which emphasizes on applying pure melodies that interlace with the blissful tunes. The tracks are very consistent, almost poetic catchy and variant. The vocals change from high pitched growls to shrieks and often changes to low snarls. Blessing of the Fire Bearer is a winding upheaval of cascading melodies and increases the sentimental feeling. The riffs are purely melodic with drums assisting at higher speed, and the vocals are presented with outstanding performance.

Sargeist aptly reached to a grandeur level there was a time when the band was a disciple but after years of cultivation they became musical mentors. Unbound is very harmonious and transparent. It also possess a great amount of energy absorbed by the power of darkness. The equality of the melodies are encased in the sound structure of swirling black metal dexterity. And through Unbound guitarist Shatraug channels the classic sound of the Scandinavian black metal foundation. Every track is provided with stunning quality from the song writing and memorability.

Wake of the Compassionate is arranged with effectual and functional compositions, the melodic chords and the high pitched growls are in consonance. The album ends with dramatic and downhearted tune “Grail of the Pilgrim” is punishing sadistic track delivered with high intensity of blast beats and mournful growls. Unbound is a grimly raw and fast black metal album scaled masterfully with poignant riffs, gloomy melodies and before all it’s possessed with frantic spirit of darkness and nihilism.

Release Date : October 11th, 2018
Label : W.T.C. Productions
Track list :
1.Psychosis Incarnate
2.To Wander the Night’s Eternal Path
3.The Bosom of Wisdom and Madness
4.Death’s Empath
5.Haunting Eyes
6.Her Mouth Is an Open Grave
7.Unbound
8.Blessing of the Fire-Bearer
9.Wake of the Compassionate
10.Grail of the Pilgrim