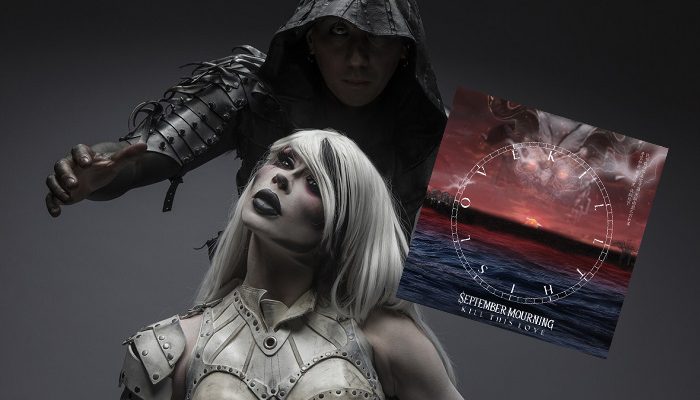 Hard Rock, Graphic Novel Art Project SEPTEMBER MOURNING storms into 2021 with a visually stunning music video for their newest single, “Kill This Love.” Originally premiered on Metal Injection the video was created by Rich Juzwick and is the follow up to “Wake The Dead” in preparation for the band’s upcoming full length release, Volume IV; “Kill This Love” is their second single partnered with Legend Recordings & INgrooves.

“’Kill this Love’ is the musical adaptation of a specific feeling…. the heaviness one feels in their heart when it becomes the obvious prey of someone or something they cannot escape from.

The music alternates back and forth from heavy to sparse in an almost agitated way as to depict the emotional rollercoaster of the lyric.

As pertaining to the comic, ‘Kill this Love’ depicts the inner struggle of the protagonist September as she looks back on her battle with Fate and the strange pull he seems to have over her. She struggles internally with her desire to fight for what she loves and the pain it brings her.” – SEPTEMBER

September Mourning is a dark culture fantasy band based on a graphic novel (Top Cow/Image Comics) created by singer Emily Lazar (September) and comic legend, Marc Silvestri. The band of Reapers that help bring the story to life on stage are Rich Juzwick (former guitarist for Gemini Syndrome), Kyle Mayer (former drummer for 10 Years) and Aaron Hoover (former guitarist for Sea of Treachery). The band released the single “Wake The Dead” in December 2020 and is preparing to release Volume IV in Summer 2021. 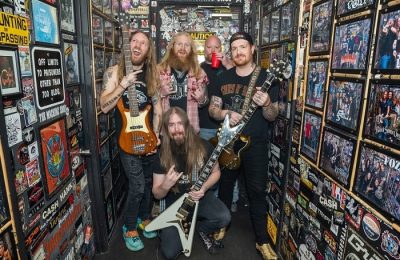