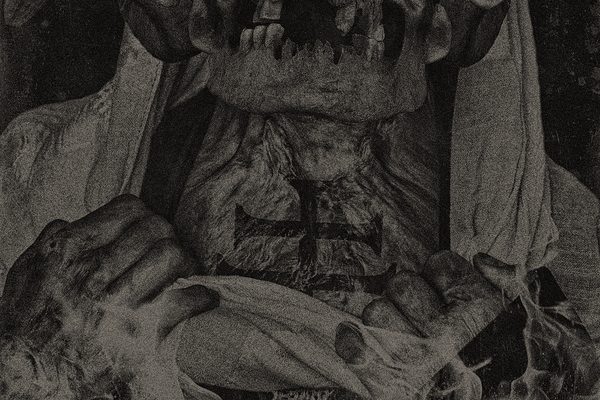 Slowly but steadily, Sheidim is coming to be a champion of the quite fertile Spanish Black Metal scene. On their debut album Shrines Of The Void, a certain Moonspell touch was still present. This new EP Infamata takes it to another direction: the atmosphere has become filthier, darker and rather leans towards the uncompromising Black Metal of Watain.

Opening track Infamata already illustrates this, presenting typical slow, grim guitars and lugubriously echoing whispers. What follows from the first real song A Dying Sun on, is a pleasant alternation of fast, craze-ridden aggression on the one hand and creative use of guitars and rhythms in slower, more gloomy parts. In between all the riffs, there is always still some space for a melodic guitar to claim the lead, proving once more that you don’t need keyboards in order to create the necessary atmosphere. The groove on Underneath reminds me slightly of Old Man’s Child’s more recent work, but then more stylish. Generally the song is bathing in a delightful Watain-aura. Wings Of The Reaper starts off slowly and atmospherically, but soon more groovy and even rock&roll guitars and drums take over. Without losing any of its Black Metal Evilness! Towards the end of the song there are some nice, quite technical guitar lines, followed by an outro in twisted acoustic guitars full of static. Closing song Sisters Of Sleep, with guest vocals by Teitanblood’s NSK, continues in this direction.

Sheidim is a parade horse of classical Black Metal to the likes of Watain, Mayhem and Dissection. It gets pretty cliche every now and then (especially textually) but when it is executed so neatly, I don’t think there will be any complaints in the BM-scene. Looking forward to the next full album!

Translated into English based on the original Dutch article by the same author on www.musika.be