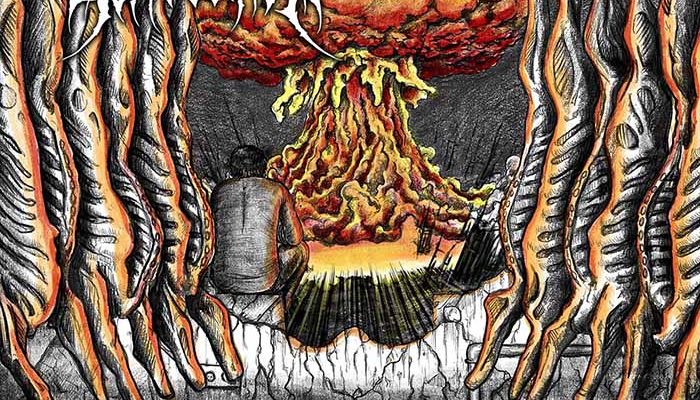 Wow. Wow. Just… Wow. Sisters of Suffocation have truly outdone themselves! Their new album, Humans Are Broken, is truly a work of art. Traditionally, I am not much of a death metal enthusiast; but, along with some others, Sisters of Suffocation are among the few artists that I actually really like. They further reinforce the message that death metal can provide a very varied musical experience and that it doesn’t have to be all about grunting and squealing with every song sounding more or less like the next. With a varied sound, both instrumentally and vocally, Humans Are Broken is proof of that. 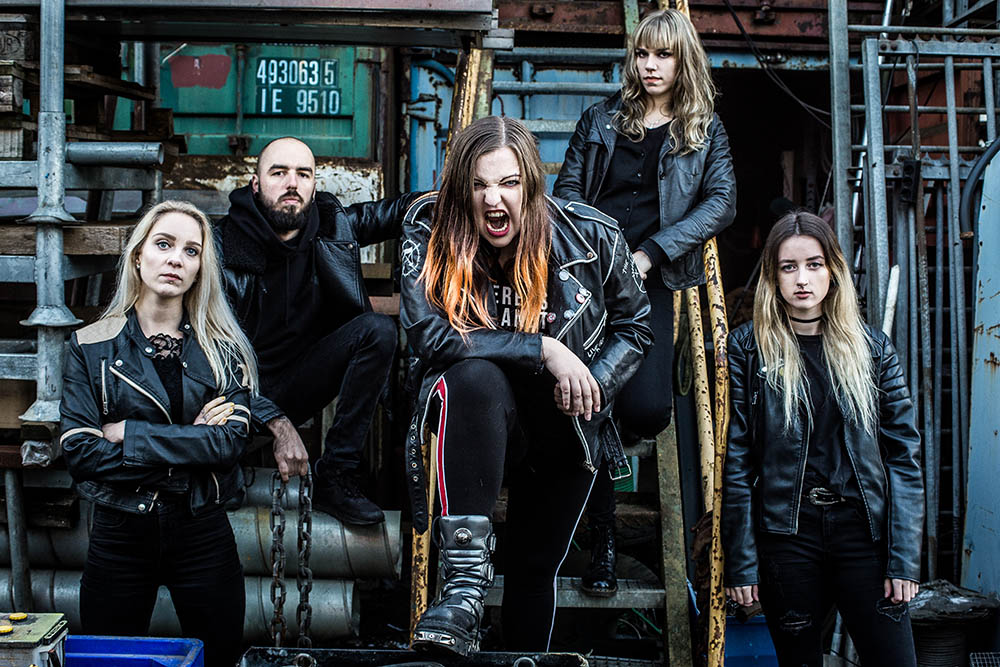 Sisters of Suffocation is:

The album starts off with the title song, Humans Are Broken (featuring Martin Furia). With a rather fast and energetic vibe the song gets you in a mood to move. However, within the first minute, the tone and speed slow down a little. Some time later, the song slows down once more to enter a break down. Followed by an instrumental solo and another breakdown before it returns back to the energetic vibe. The changes are not always as subtle, but it does make the song as a whole stand out better.

Wolves starts off making you expect some epic, almost mythical exposition to take place somewhere around you. But this song also has very pleasantly surprising changes in tone, speed and vocal techniques. The first time I went through this song I thought to myself “wow. I really like this song. This is amazing. I’m only hearing this for the first time and I’m already moving along to this as if I’ve heard it so many times before. It’s insanely catchy and well written.” Little did I know I’d end up thinking the very same thing many more times while going through the album. Besides the track itself being nice, it’s always a nice addition to a song when the guitar solos actually sound pleasant and provide a more functional value to a song other than (seemingly) just showing off how many notes one can hit within a certain amount of time.

The Machine provides another noteworthy refreshing listening experience. Along with grunts, squeals and screams, this song also blends in some clean vocals. In some cases it’s isolated clean vocals, in other case it’s blended in together with Els’ more guttural vocal techniques. Besides that, I also found it refreshing that even within the guttural vocals, there’s a variety of styles and techniques used. I did not feel like the song was getting repetitive in any kind of way during any point in the song at all. There’s just so many amazing changes continuously keeping my ears enticed to keep listening with great interest, causing the song never to feel dull to me.

What We Create may just be one of my favorite songs on the album. From the very start it hooked me. The guitars, the drums and bass following along, the anticipation build-up, followed by that split second of silence before all instruments kick back in along with Els’ vocals. Maybe it’s the specific vocal technique, maybe it’s the guitars or maybe it’s a combination of things used here, but one way or the other it reminds me of Judas Priest’s Painkiller and it gets me all pumped up and excited. I don’t often recommend a specific song, but What We Create is definitely a song I’d recommend.

Liar had a bit of a rough start for me. It certainly has a lot of potential, but the opening guitar piece sounds a little rusty to me, but I’m probably nitpicking, as from the very moment the other instruments start playing too, everything sounds just fine again. Besides that, the song also features a few more harmonic, peaceful moments, which is a nice change of pace too.

A final song I would like to discuss is Burn. Though I’m not much of a fan when it comes to the lyrical repetitiveness in the chorus, if you’re able to look past that, the song is very nice. And on top of that, it features a reasonable chunk of vocals that is completely clean; and it doesn’t sound bad or feel out of place either. It’s fitting for the occasion and it’s on par with the instrumental work that Simone, Puck, Kevin and Emmelie carefully laid out. It’s definitely something that deserves to be said too!

All-in-all, I really like this album. It’s insanely varied, both vocally and instrumentally. The girls and Kevin put something down that simply feels unique, in a good way. With other death metal bands, I often find myself skipping songs faster than they can get to the chorus, but with Sisters of Suffocation and Human Are Broken, it’s a whole different case. Now I actually find myself waiting in a parked car for way longer than I’d like to admit just because I really want to ‘at least finish this song’ before turning off the car and getting out. 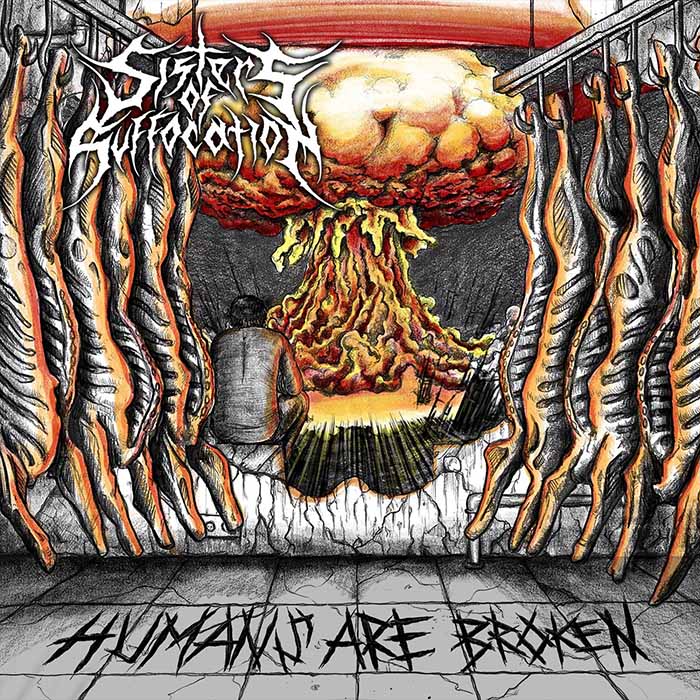