The Cruel Intentions are dangerously skilled and always out to have a great time!

In 2022 they are back in full, and ready to bring on a full rock’n’roll circus of havoc, fun and glory.A taste of fresh and greasy air, in a music scene where rock has grown to be more about melodramatic nostalgia than good vibes and great times. The band have seen a massive growth after three of their songs was featured in the Peacemaker HBO series. Feb. 15th they released their first single Sunrise Over Sunset from their upcoming album.

Yesterday, they released yet another party banger! Reapercussion is nothing less than full frontal sleaze attack! Through an intoxicating blend of melodic guitars, impressive riffs, addictive chorus, and hard-hitting attitude, Reapercussion is track that leaves the listeners relentlessly fearless and pushes people to reach for their goals. A track to rock to, and a track to party to!

Reapercussion is accompanied with a music video directed by Max Ljungberg. Watch it here:

The Cruel Intentions is exactly what you want and expect them to be; easy going, fast paced modern Sleaze. The band plays around the esthetics of bands such as Guns ‘N Roses and Mötley Crue, and carries on the legacy of good old Rock ‘N Roll into the contemporary youth of today. The songs are fast paced, humorous and at times really hard-hitting.The result is feel good music with a fresh, original and modern expression, albeit strong roots in rock history. Easy to love and to relate to. The band was founded in 2015, by Mats Wernerson, Lizzy DeVine, Kristian Solhaug, and Eiliv Sagrusten who soon was replaced by Robin Nilsson on drums. Lizzy DeVine lived several years in Los Angeles where he was the singer and songwriter of Vains of Jenna, a band that got their breakthrough the American era of Rock´n Reality tv with performances on shows like Jackass, Viva La Bam, and Kat Von D‘s LA Ink. This no-fucks-given culture has no doubt shaped DeVine and his attitude towards music that is also evident in The Cruel Intentions music. 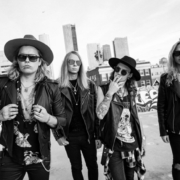 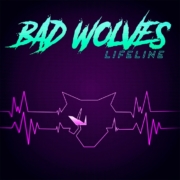 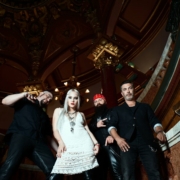 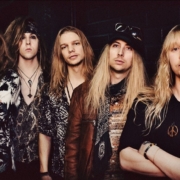 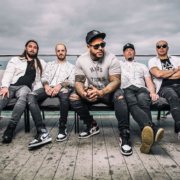 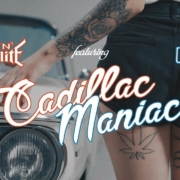 Kissin’ Dynamite and The Baseballs are fusing Hard Rock and Fifties Rock’n’Roll!
0 replies