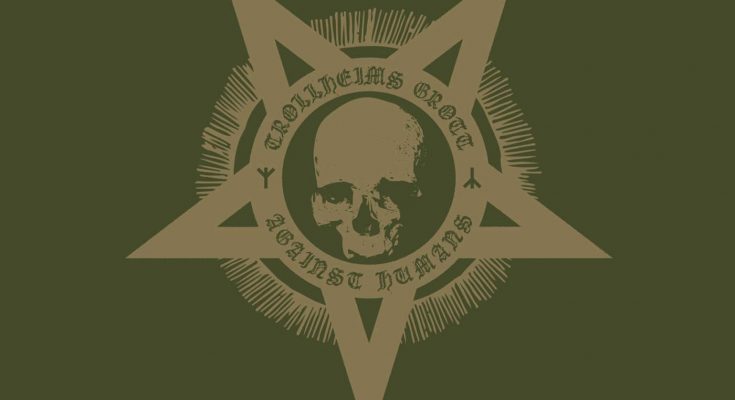 Trollheims Grott is a quite cult outfit that is legendary in the Finnish black metal scene as one of the top industrial black metal acts. Spearheaded by brothers sg.7 (Horna, Peste Noire, Slave’s Mask,…) and LRH (Horna, Deathchain,…), they’ve delivered pounding metal with a relentless consistency. For 15 years long nothing much happened with the band, but now they’re finally back with their 3rd release Aligned With The True Death.

Straight from the start the title track shows you what you’ll get: ferocious, relentless and pounding black metal. The song feels like the perfect way to say “fuck you, we’ll destroy you!” and simply doesn’t give a shit about what you think with vicious growls and driving music. The one thing that immediately caught my attention is the fact that they used way less industrial sounds than before. They rather used it sparingly but at the right moments, making it highly effective in giving it a cold and hard atmosphere.

And that is what you get for as good as the whole record: cold and bleak black metal dripping with evil and aggressive soundscapes. Some are more leaning towards traditional black metal blasting like Deathless Form, others snarl in your face like a mad dog like Omega Angel. Every single track has a particular different feel to it within that overall destructive sound. They have even a couple of tracks on the release that are surprisingly melodic where Holy Black Sun easily calls up a Behemoth vibe, with an almost radio friendly catchiness while still sounding as haunting as ever. LXFR is a bleak piece of work that goes along similar lines.

The one track that maybe isn’t as gripping as the rest would be the instrumental Twilight, even though it interestingly shows the more progressive and experimental talent these guys could possibly bring forth in the future. But that leaves me to touch the almost demented/demonic sounding closer Earth’s Last Stand, which quickly became one of my favorites. Again that pounding sound, but this time it feels stronger, more amplified, like they’re really gearing up to pick up weapons and make a last stand for what they believe in. Just get to the parts where you hear a mechanical stomping, almost as if an army is marching closer… gets me grinning every time.

While the music on Trollheims Grott‘s Aligned With The True Death might not necessarily be the most original ever, it still holds very strong in my humble opinion. The industrial parts have taken a step back for more straightforward black metal, but if you look for it you will notice the subtle additions of electronics and noises to amplify the aggression and coldness of the tracks. There are a few real stompers on this album that to my feeling are absolutely relentless and the perfect soundtrack for getting geared up for war! 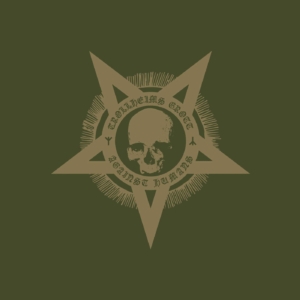