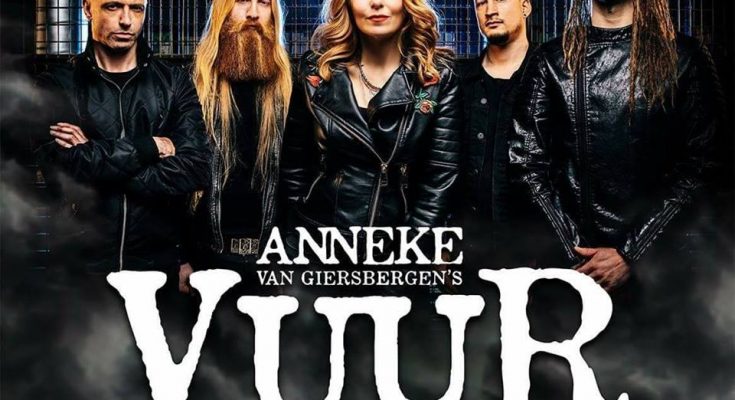 As a big fan of Anneke Van Giersbergen I couldn’t miss out on an event like this where she’s performing with her new band Vuur to present their debut album ‘In This Moment We Are Free – Cities’, you can read our review about this album here. After three weeks of performing as a supporting act for Epica, Vuur threw four shows with themselves as headliner.

Opener for this evening was My Propane (****), a Dutch band playing Alternative Metal. Due to a traffic jam I missed the first half of their set, so I only heard the last three songs. It’s a band with their own unique sound and the vocals sound mysterious. The audience could definitely appreciate them. 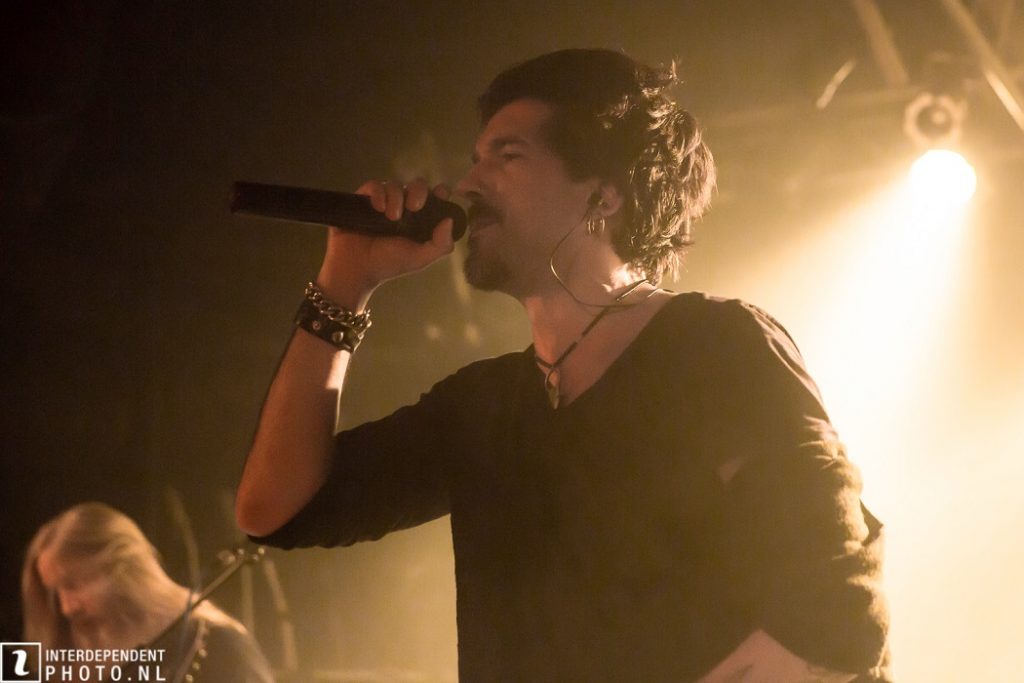 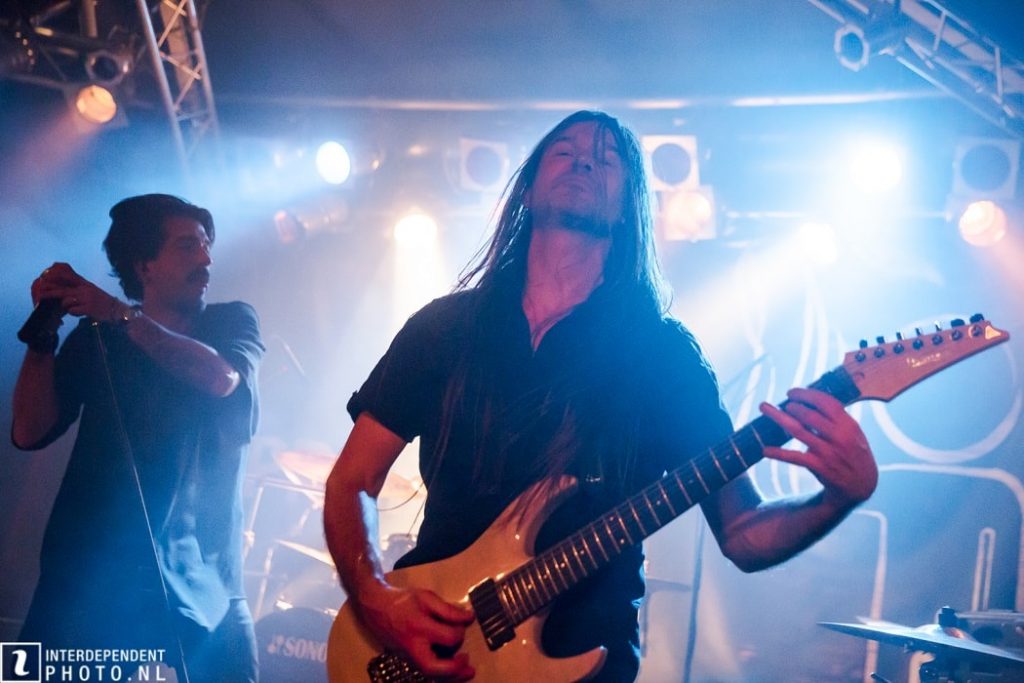 Next up was Scar Symmetry (****1/2) from Sweden, a Progressive Melodic Death Metal band which brought us some known songs combined with songs from their new album ‘The Singularity – Phase I Neohumanity‘. This album is the first of The Singularity trilogy. What I like about this band is the combination of Lars Palmqvist‘s clean vocals and Roberth Karlsson‘s grunts. It was a great show, the audience was singing, clapping, headbanging and there was even a moshpit. It was also nice that Lars Palmqvist took someone’s phone to film them having fun on their performance. I think this was the perfect warm-up. 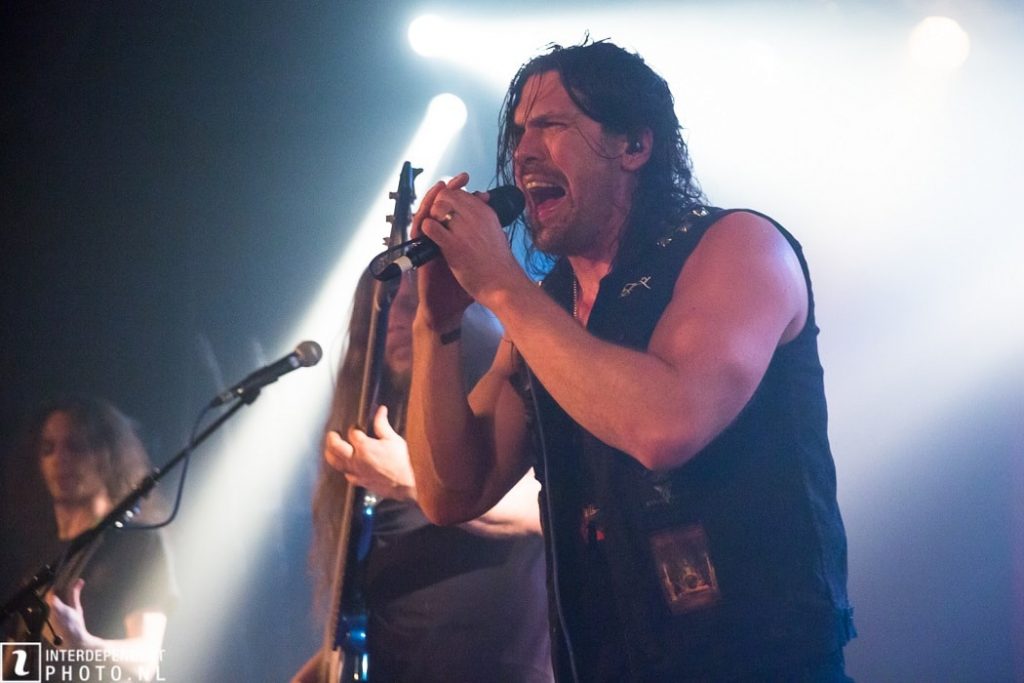 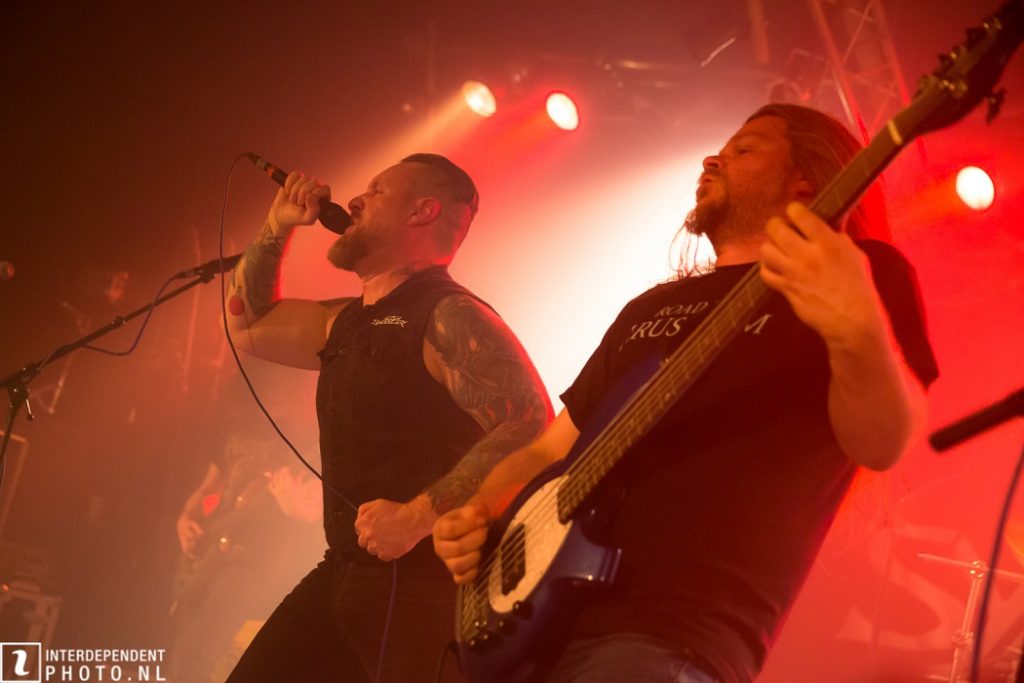 After two great performances it was time for Vuur (*****), from the first note Anneke Van Giersbergen sung she gave me goosebumps and I must say there are not many singers who can achieve that. There seemed to be some technical problems in the beginning, but they dealt with it very quick and spontaneous so it hardly bothered anyone.  Also musical this band is very strong, there was lot of variation in the songs. Anneke Van Giersbergen played the guitar herself in the first two songs and the last one. 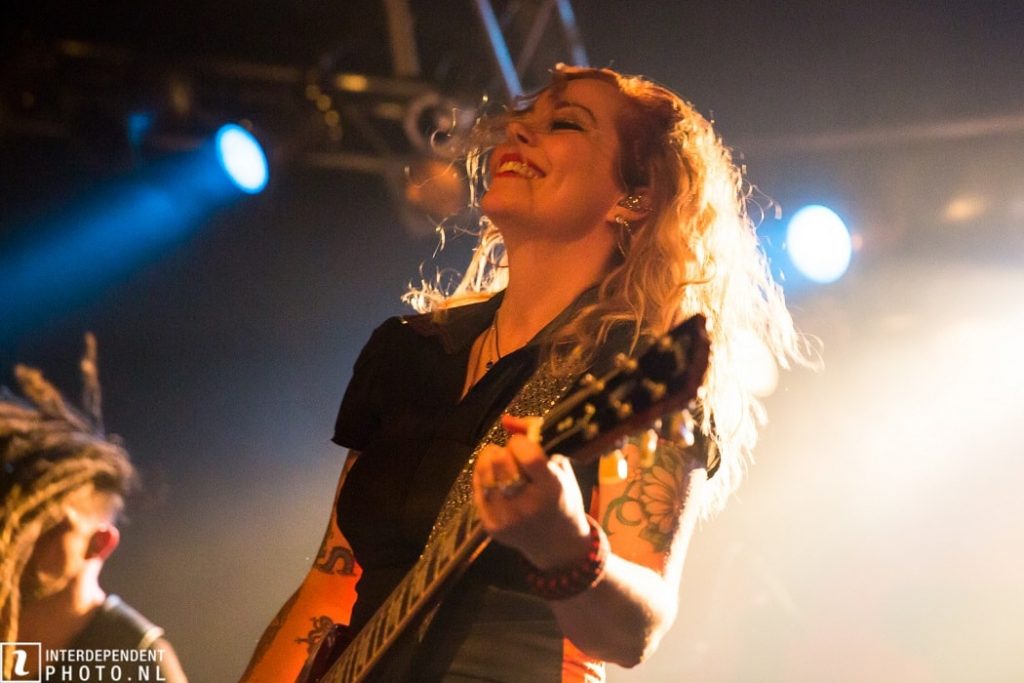 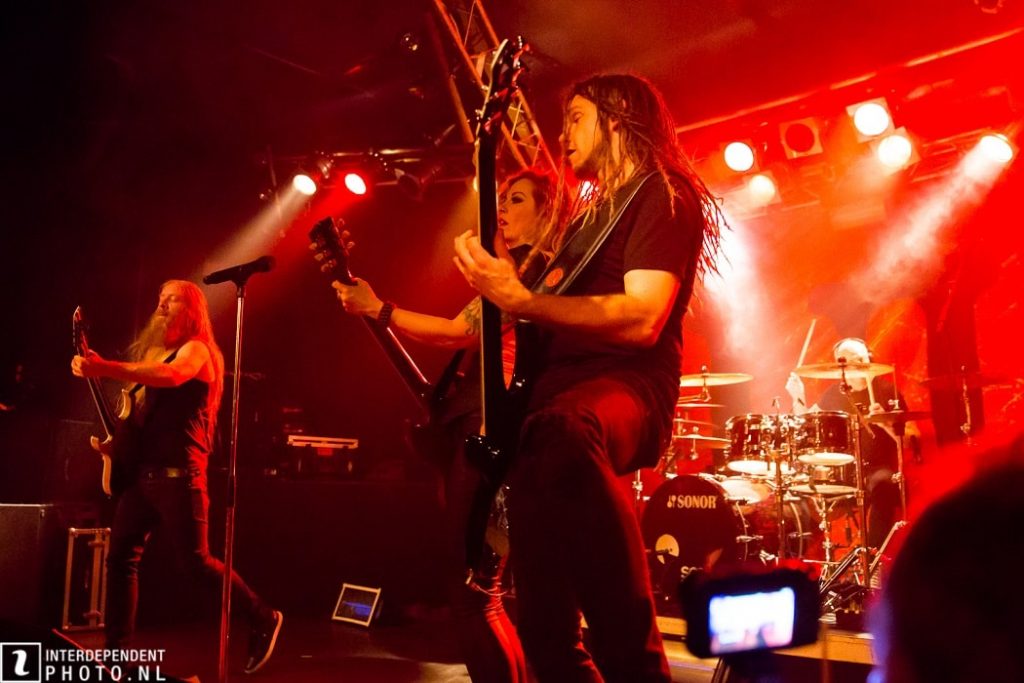 When she wasn’t playing the guitar, next to singing of course, she was headbanging or dancing. There was one thing that she never stopped doing and that was smiling. That and her spontaneity made the audience excited and happy. Also there was a lot of interaction between the band and the audience, everyone was having fun as you can see in this video Anneke made herself during the performance.

Thank you Vosselaar! There was a lot of love in the room tonight! ???

Vuur definitely put Biebob on fire, after their show all the bands took the time to take photos and talk with the audience. The guys from My Propane even invited us to drink a beer with them.