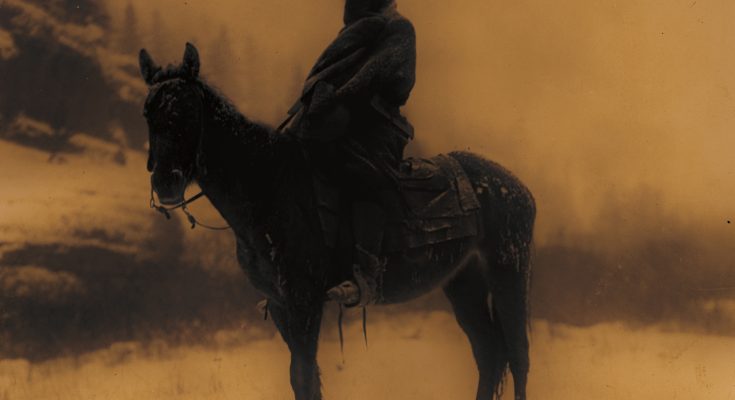 Profound Lore has once again snatched up another hidden jewel from the US underground. In this case, it’s the Colorado based Wayfarer. This band from Denver has a unique vision that takes the pagan metal from the likes of Primordial and Enslaved and makes it entirely their own by adding the imagery and stories from the old American folk tales.

There is not much use in singing about Celts or Vikings like your European brethren, when you have such a rich local lore to draw from in the Rocky Mountains. Even though Wayfarer does not wear its grassroots on its sleeves like Panopticon, for instance, has done on their unequalled ‘Kentucky’ record, a similar dark Americana feel does permeate all their songs. Imagine Wovenhand’s Eugene Edwards filling the guitar slot on tour with Agalloch and Wolves in The Throne Room and you’re already halfway there.

They have grown significantly on their Profound Lore debut compared to the previous 2 records they had made on Prosthetic Records. Not that ‘Old Souls’ was a bad record by any means, but ‘World’s Blood’ is a noteworthy step up, particularly in capturing both the savagery and elegance of the old Frontier and accomplishing it with a basic setup, without having to dust off the old, proverbial banjo.

Much like the aforementioned Primordial, Wayfarer doesn’t need any gimmicks or unusual instruments, but instead can rely solely on the strength of their songwriting to weave pieces that are just as grand as the tales and the surroundings that inspired them.

Try putting on this record while watching ‘The Revenant’. It works surprisingly well with the widescreen images of these vast and beautiful yet unforgiving, harsh forests.