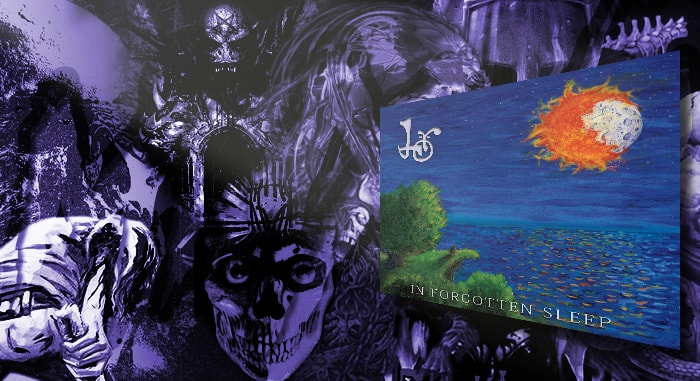 2017. Another notch on our metallic belts. It seems my tastes in rock & metal haven’t changed substantially since last year. I still listen to traditional/heavy metal most of the time, making sidesteps into the realms of power, prog and doom when the occasion warrants it. I heard a few recent death and black metal records here and there, but (imo) none that could compete with the classics of said subgenres. I guess every editorial board needs its self-proclaimed guardian of “the olden ways”. Here’s a couple of releases that were able to hold my attention for more than a single week.

Unleash the Archers finally reached the higher tiers of power metal. The modern-sounding guitar work on this record is convincing in its own right, but the stunning vocals give the whole a much-needed emotional boost. Brittney Slayes truly is the prima donna of the metal world. Talking to her almost made me forget about Isabella d’Este. Almost.

2017 was a good year for prog metal, with excellent releases from Pain of Salvation, Leprous, Voyager and many others. Forced to nominate a single standout, I’d choose these virtuous Danes. There’s something strangely seductive about Anubis Gate‘s latest. Perhaps it is the unabashed orientalism in some of the songs. Or maybe it’s the band’s decision to venture on a darker path. Whatever. I’m so very biased anyway.

Revenge of the Wimps

Apparently, the whole vest metal thing is still going strong. I detect a new sub-trend, however: the “Revenge of the Wimps”. This year saw the release of multiple heavy metal masterworks coming from bands with modestly-endowed frontmen. Legendry are a case in point that humble men can go on epic adventures too. Go forth, ye bastard children of Kevin Heybourne!

– Elderly shopkeeper: “Do you want Zeppelin with that?”

6. Pagan Altar – The Room of Shadows

Words fail to describe his greatness. With an eerie wail, he could breathe magic into every song he sang. Ancient myths echoed in every lyric he penned. We are left with the recordings, or so the saying goes. R.I.P. Terry Jones. Graced by your enchantment, the world forever will be.

I used to think Pallbearer were a pretentious bunch of indie rock hipsters, hell-bent on subverting the sound of doom that I loved so dearly. Turns out my assessment was quite accurate. Except for the part where I thought that would actually be a bad thing.

4. Argus ‒ From Fields of Fire

With the possible exception of Manowar, I can’t think of a band that is more masculine than Argus. On From Fields Of Fire Pennsylvania’s finest prove themselves true veterans of heavy metal. Glorious light pierces the darkness, as a thousand men march toward their doom. Faugh a Ballagh!