2017 has been a great year for me. I got the opportunity to combine my two main passions – music and writing -, I got to publish my writings and meet a few of my favorite artists for interviews. But mostly talking about the newest releases this year has brought, although most of the people I know disagree with me, I think it has been a fantastic year for alternative music.

10. Vokonis – The Sunken Djinn
The psychedelic stoner/doom scene -where I feel most at home- seems to grow and get richer every year. In the beginning of this year, the Swedish guys from Vokonis were completely unfamiliar to me. But my colleague reporter Cas introduced me to them when this album came out, and I’m still loving it. The fairly new band has such a heavy sound and they sure deserve more recognition. Soon they’ll be touring small venues in Europe, so catch them if you can!

9. Myrkur – Mareridt
Bringing folk elements into metal isn’t new, so when I heard that the new Myrkur album had a lot of folk elements I wasn’t really interested. I put off listening to it until this week, but I had to conclude that I absolutely love the way Myrkur has brought folk and black metal together here. I loved to hear the track Funeral, together with Chelsea Wolfe, whose new album is a bit higher up in my list. Female artists in the alternative scene are on the rise, and I love to see that they’re working together too. The Serpent, Crown and Ulvinde are just some of the piercing examples that make this album very renewing, I really enjoyed listening to it after all. Colleague reporter Ine wrote a broader review of the album, which you can read right here.

8. Scour – Red EP
Scour must be one of my favorite supergroups of all time. It features members from Cattle Decapitation, Misery Index, Pig Destroyer and of course, Anselmo proves once again that he can pull off any genre he puts his hand on. Their first EP that was released last year was good for sure. But the vocals on this record are somehow so much stronger and better. Piles is one of the best songs I’ve heard this year, the whole EP was a lot better than I expected and the band seems to be growing.

7. Leng Tch’e – Razorgrind
The Belgian grindcore pride that is Leng Tch’e finally came out with a new record this year, and it received loads of great reviews. I also wrote a review myself, which you can read right here, and I still stand behind everything I said about it. You can hear that a lot of effort was put into the producing of the album, and the band deserves all the attention it got!

2018 is going to start off ridiculously well with a brand new Corrosion of Conformity album! No Cross No Crown will be released on January 12th and the singles Cast the First Stone and Wolf Named Crow sound very promising! After many years, they will finally be touring Europe again this summer! One of my all time favorite bands, Alice In Chains, are also back on tour this summer. With the new artwork of their tour poster and the rumors that I have heard, it looks like they might be working on a new album too! I also hope to catch Body Count on tour this year, and of course the resurrection of the almighty Carnivore A.D. What are you looking forward to the most? Let us know! Cheers everyone, to a new year filled with new music! 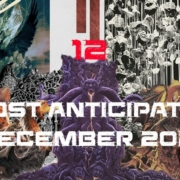 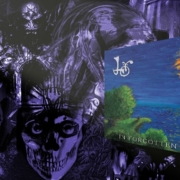 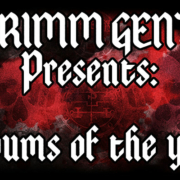 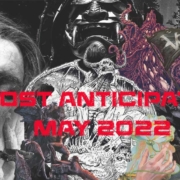 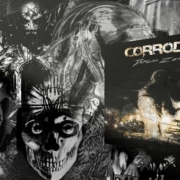 Wouter’s Albums of the Year 2017
Scroll to top