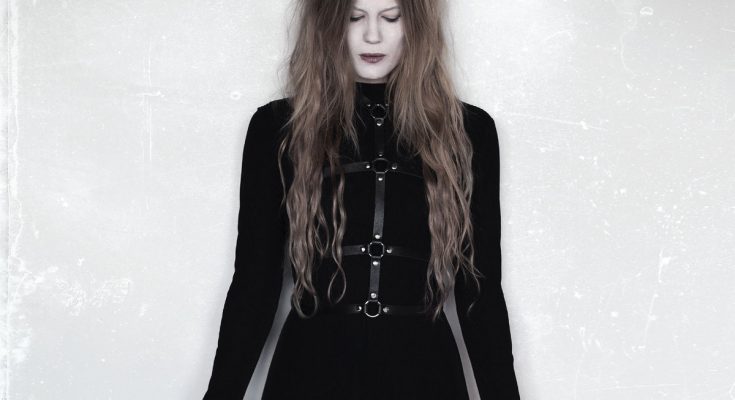 Amalie Bruun, the musical mastermind behind the one-woman black metal project Myrkur, is back with her new offering Mareridt. Having turned the scene upside down with her enchanting, atmospheric vocals and melodic take on the genre, Myrkur became a much talked about phenomenon. She proves with Mareridt that her debut album M wasn’t just a temporary hype. Amalie brings us once again an innovative, versatile and raw album where she follows her musical heart. By doing this she heads directions that aren’t as trve kvlt as heavy defenders of the genre would like. Mareridt continues the more melodic path and contains lighter elements that make this a truly outstanding piece of work. Black metal or not? Doesn’t matter actually… Just doing her own thing, and that’s how we like Myrkur best.

The album opens with the title track Mareridt. As you can read from the talk we had with Amalie, it’s the Danish word for ‘nightmare’. Every song on the album stands for one of her nightmares. On this track, you get to hear ‘kulning’, which is an ancient Scandinavian herding call. Mareridt focuses purely on vocals and shows how delicate, yet powerful she uses her voice. After this, it’s time to turn into black metal mode with Måneblôt. Without a doubt one of the strongest songs on the album. Hysterical banshee screeches, creepy soft humming, and traditional folk elements combined with furious guitar riffs make this a song where very, very much is going on. It’s such a wild, aggressive and raw song that clearly show that she knows the rules of black metal. Myrkur just likes to play with them.

There are also some doom influences to be found on Mareridt. The Serpent and Funeral are rather heavy, slow songs that hold great melancholic atmospheres. For Funeral, Amalie worked together with Chelsea Wolfe. An interesting combination of Chelsea‘s darkness and heaviness and Amalies crystal clear vocals. Another vocal highlight is Crown. It’s one of the least metal songs on Mareridt but that doesn’t make it less Myrkur. The track holds a dark, sensual and mysterious atmosphere and will give you goosebumps during the chorus. It’s amazing how little Myrkur needs to create magic like this. Some string instruments, a piano and the frailty of her voice.

Elleskudt and Ulvinde on the other hand are heavily distorted. These are one of the heavier tracks on Mareridt, but the greatest difference with the former album is that Amalie mainly uses her clean vocals instead of her manic, almost hysterical screeches. Ulvinde contains a dream-like atmosphere and will sedate you with its monotonous drums. Make sure to check out the music video for this track. It perfectly embodies the unconscious, threatening and nightmare-like feel of the song. And yes, it also gets some extra points for the epic Norwegian landscapes in the background.

Myrkur wouldn’t be Myrkur if there wouldn’t be any traditional/instrumental songs included. De Tre Piker is Amalie‘s interpretation of a traditional Nordic folk song. Gladiatrix is another folk song where we get to hear Amalie‘s skills on the nyckelharpa, a traditional Nordic folk instrument. The album closes with Børnehjem. It’s a damn creepy closing; a demonic children’s voice tells about its demons and its lust for murder. It’s kind of cringy and I’m not sure if it was a good choice to include this ‘song’ on the album, definitely the track that holds the least power of all.

In conclusion: this is an excellent and unique record. The biggest difference with Myrkur‘s former work is that it’s less raw and less black metal. Mareridt has definitely less ‘edges’ than for example M. But in a way it’s uncomparable since I have the feeling that Myrkur has found its own sound. And it’s such a great sound, a perfect blend of outstanding frail female vocals and the destructive ice cold greatness of black metal. Myrkur is both the beauty and the beast. It might be considered a sad thing that Mareridt isn’t as filthy and aggressive as before, but that is exactly what makes this such a good album. It’s brave in so many ways. Myrkur‘s giving the finger to every whiner claiming to know what black metal is. She used so many elements that no artist ever dared to blend before. I hear Darkthrone, Ulver, Lord of The Rings, and most important; her own angry mad creative outlets. Mareridt became a solid album that is definitely one of the best of this year. A final point of critique would be, well, I’m a metalhead, I kind of missed the bad ass heavy riffing. Myrkur‘s evolving and still standing strong, I cannot wait what the future will bring for this band.