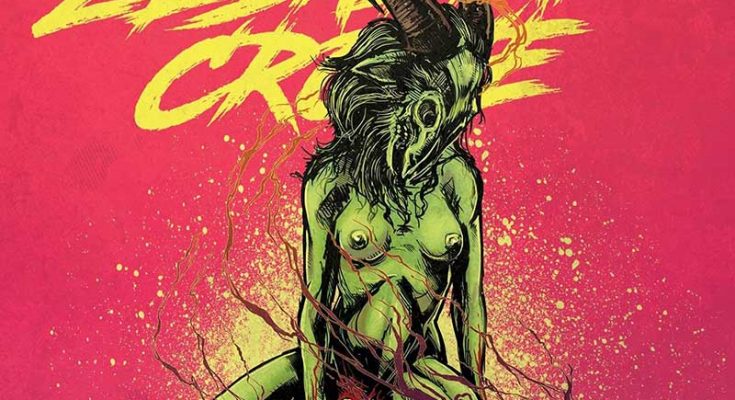 When a new musical year starts, one of the very first things I do is make a list of all my most anticipated records of the coming months. It reassures me to know which albums to expect and when. That way, I’ve always got something to look forward to. But boy, am I also a sucker for the unexpected. Good releases that seem to come out of nowhere are just amazing. They tend to to reinforce that euphoric feeling of discovery which can make a record hit you in a more personal way. By stumbling upon a release which you’ve heard nothing about previously – no PR, no news, no nothing – you can make it your own, creating a tight bond with the artist. And that’s exactly how Zebadiah Crowe became one of my favourite artists of the year. And we’ve still got six more months to go.

The UK-based duo recently made a fairly sudden return after seven years of silence. Their last record and third full-length, ‘Host Rider‘, came out about two months ago but I still feel like talking about it. I don’t want people to miss out on it, because it is genius.

What stands out most is how primitive this record sounds. Not in terms of production though. Yes, it does have a nasty crunch, which you could compare to the grittiness of a Mortician record – admittedly not as uncivilized – or the slightly oppressive rustle of early Anaal Nathrakh. But it fits the whole experience like a glove and just sounds rad. I’m actually talking about the lack of anything genuinely melodic.

Guitarist Forrrrthen‘s percussive riffs sound rather straightforward and droney, and drums uphold an almost constant mid-tempo pummel, reinforcing the savage nature of the music. Even when blast beat break out, the pace never goes off the rails. This choice may be a mere compensation for the use of a drum machine, so as not to make it sound too mechanical, but it works really well.

Adding to the auditory onslaught are singer The Horrid‘s ear-shattering shrieks. There’s little to no variation in his vocal delivery, but that’s yet another asset to the album. His raucous spewing is as relentless as it is intense. I’m happily reminded of many a grindcore or blackened crust performance. Think Fukpig, Dödsrit or Teethgrinder, but nastier.

And then ‘Host Rider‘ becomes a true horror-fueled roller coaster ride with Zebadiah Crowe throwing a few samples in the mix. Some are subtle, like the bone-chilling eerie howls of anguish on ‘The Neon Goat Of Crimson Grief‘ or what sounds like demonic breath on ‘Godblind and Destitute‘, while some are just ominously in your face like the intro on ‘Knucklebones‘ or ‘A Tincture of Malice‘. Riveting stuff!

There’s a unsettling atmosphere reigning about Zebadiah Crowe‘s sound that just draws you in. It’s as if you were spectator to something sickening and found yourself unable to look away in order to satisfy some sort of perverse curiosity you usually keep buried deep within. I get the same feeling whenever I’m listening to Revenge or Ministry, who both aim at shocking you with a sort of disconcerting and repetitive brutality, each in their own way. But there’s also a lightheartedness there brought forth by what seems like a simplistic execution. Contradictory, to be sure, but quite entrancing.