Rising symphonic metal stars AD INFINITUM kick off the final lap with a captivating new single “Animals“, plus its new music video, to accompany the release of their upcoming album, Chapter II – Legacy, to be unveiled on Friday, October 29. With their recent music videos for “Unstoppable” and “Afterlife”, featuring Nils Molin (Amaranthe/Dynazty), AD INFINITUM have reached over 750k views in one month, showcasing that thousands of fans wait passionately for the release of Chapter II – Legacy!

“Animals” leaves a lasting impression right from the very first second with its remarkable, powerful opening. The song nourishes itself on an orchestral foundation of epic strings and poignant piano, steadily accompanied by thundering drums and passionate guitar riffs. In harmony with frontwoman Melissa Bonny‘s multi-faceted voice, which ranges from lovely, goosebump-inducing highs to vibrant growls, “Animals” becomes a brilliant symphony of energetic and melodic soundscapes with an added metalcore-like touch without losing AD INFINITUM’s signature roots.

AD INFINITUM on the new single:

“The release of Chapter II – Legacy is just around the corner but before we unveil this second album, we have one more song to present. “Animals” is a powerful cinematic track that will transport you from Heaven to Hell and back. Would you exchange your humanity for immortality?”

Symphonic metal onslaught AD INFINITUM are no stranger to the scene. With their spellbinding debut album, Chapter I – Monarchy (2020), brought to life in the middle of a global pandemic, the foursome reached millions of plays on streaming platforms. With its very first single, “Marching on Versailles”, riding high at more than 2M video views to date, the highly talented unit didn’t put the brakes on. Instead, they transformed pandemic fatigue into heavier soundscapes without sacrificing their signature aura. Furthermore, frontwoman Melissa Bonny is consistently drawn to exciting musical collaborations, as she recently unveiled the brand new band THE DARK SIDE OF THE MOON and their bittersweet reinterpretation of Florence & The Machine‘s Game Of Thrones soundtrack song, “Jenny Of Oldstones”.   In addition, Bonny‘s exciting feature with FEUERSCHWANZ on the song “Ding” (Seed-cover) has already gained over 2.6 million views on YouTube since its release. Now, she sets her focus back to her main musical force as AD INFINITUM – with Adrian Thessenvitz (guitars), Korbinian Benedict (bass) and Niklas Müller (drums) – will unveil its new opus, Chapter II – Legacy.

Chapter II – Legacy surprises with a melting pot of different influences and a contrast between super heavy riffs, sometimes even djent/metalcore-like touches and catchy hook lines and melodies, giving the band’s sophomore album a modern and equally timeless touch. The lyrics have, just like on their debut album, been inspired by a historical figure: the paradoxical life and afterlife of Vlad The Impaler, also known as Dracula, inspired the themes and questions of this album.

“Chapter II – Legacy holds a very special place in our heart. It represents months and months of hard work of four bandmates, for a result that we are proud to call “self-produced”. For this record, we decided to work without the influence of an external producer during the songwriting process and to team up with Elias Holmlid for the beautiful and epic orchestrations and of course with Jacob Hansen who recorded [vocals], mixed, mastered and participated to the post production. A younger and heavier sound that defines AD INFINITUM like never before.”

Chapter II – Legacy once again showcases the indispensable creativity of AD INFINITUM – featuring twelve complex, marvelous tracks highlighting their sonic development and undeniable symphonic strength. Such talent can be witnessed with opener “Reinvented”, lurking with lovely piano tunes and erupting in intense riffage in the blink of an eye. Right away, the music reflects the extremely multifaceted voice of Melissa Bonny – ranging from crystal clear vocals to impressively powerful screams and menacing growls. Hailing from hell, hard-hitting “Afterlife” features the vocal power of Nils Molin (Amaranthe, Dynazty), merging in perfect harmony with Melissa’s incredibly haunting delivery. Songs like “Your Enemy” and cinematic grand finale “Lullaby” leave no scope for weakness and unveil the heaviest side of AD INFINITUM to date. This grasping hymn is far from lulling you to sleep, as the eclectically versatile sonic world of AD INFINITUM immediately induces you to listen to Chapter II – Legacy again, right from the beginning! 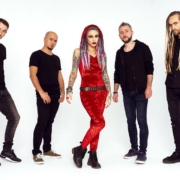 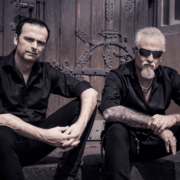 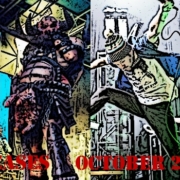 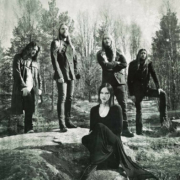 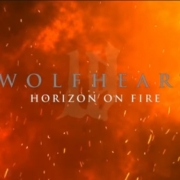 RED FANG eulogized by High On Fire’s Matt Pike and Yob in “Rabbits...