Swiss black metal trio of Berg (all instruments) Fluss (vocals) and drummer J. has been in constant evolution towards musical enlightenment. Since their rise in 2018, Aara released two albums and an EP, and their outing “Triade I: Eos” is yet their most elaborate craft to date. Considering the short time length between the sophomore and the third album the Swiss neophyte seems to convey a baroque style of black metal as they wander back to the age of renaissance. With each studio album, Aara has been weaving the subtle elements of neoclassical lead guitars thus they bring upon us an exquisite work of art that becomes muddled with the ear-worm melodies of the modern black metal. The songs are ornate on brooding synth unveiling the melancholic shades of textural rhythm and sumptuous melodies which flawlessly flow into the composition. Berg combines a bombastic set of guitar arrangements, hence taking their music further from the old-fashioned black metal towards new sonic dimensions.

The album opens with atmospheric synth that is perfect for an epic track like “Fathum”. The echoed low-pitched vocals and harmonized tremolo-picked riffs are beautifully layered with the billows of blast beats. With this triumphant inauguration of the third full-length, the music emerges with such elegance and grandiosity. The swaggering performance of the drums is emphasized by influxes of swift blast beats, whilst the screeching vocals sound low in the mix the songs venture to unsettling tempos. Each guitar note is measured by the fine musical arrangements with ethereal synth combined to form a grandiose atmosphere. The trio demonstrates a stylistic range that is highly embellished. “Triade I: Eos” emphasizes these artistic qualities the riffs are stately refined and they sound catchy while other musical patterns like the strings provide a range of the melodious spectrum.

The fast gait of percussion on the following track “Tantalusqual” and the sweeping synth create a medieval aura, taking their music to an epic spectrum. Giving space for the instrumentation to shine has clearly defined the songs to sound beautiful and wondrous. The overwhelming atmosphere is often subdued by the hyper-blast beats and melodic lead guitars. Another fine detail of the whole framework is the creative use of the riffs that gives the songs a key aspect of modernism. The third album is influenced by the philosophical views of the Irish writer Charles Robert Maturin’s book “Melmoth the Wanderer“. With this insight, Aara applies their mystical experience and spiritualism, and this explains the ethereal quality of the music in general.

The divine vibes of the Georgian chants on “Naufragus” create rich textures while the dexterous musicianship has never been so sublime. “Triade I: Eos” contrives a wide range of contemplative synth, soaring lead guitars, and fast drumming resulting in a majestic personification of black metal. Aara displays an instrumental virtuosity their music is highly ornamented and resembles the baroque period of luxurious architecture. Fluss’s screeching vocals soar over the backdrop of the dark atmosphere while the pacing of the drums is fast and subversive. The swirling riffs are swiftly played everything here surpasses the sophomore effort, from the remarkable work of the guitars that is flawlessly performed.

“Nimmermehr” fuses the Georgian hymns where the riffs weave a complex harmony between the neoclassical melodies and the impulses of the drums. Aara in their third full-length outing doubles the intensity of the instrumentation, while each track offers uncompromising beauty of the musical facets. There is just so much passion in the melodies that gives depth to the music offering different shades of light and darkness. Like the ear-catching track “Das Wunder” which binds atmospheric shifts and the ever-changing melodies conveyed by the layered synth. Through a plethora of blast beats the dark strains of the riffs become filled with a dreamy atmosphere.

The epic final track “Effugium” is arranged with ethereal layers of blazing riffs, these elements seemed to be fully exerted. The awe-inspiring atmosphere and the screeching vocals simply outshine. Clocking at forty-five minutes in length Aara has conveyed an earth-shattering performance. The trio embraces the majestic soundscapes of modern black metal conjuring the ancient baroque aura of grandiloquent melodies. Where darkness and light become unified to perpetual ends, behold the first part of the new trilogy of the Swiss masters Aara. 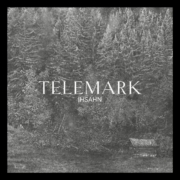 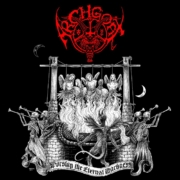 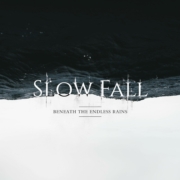 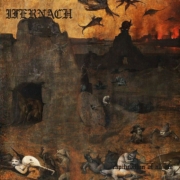 Ifernach – Capitulation of All Life
0 replies