You are here: Home1 / Album Reviews2 / Behemoth – I Loved You at Your Darkest

Behemoth has gained a lot of fame and this what made them well renowned, over the 23 years of time they have reached many achievements. And here they are once again giving their offerings to the lord of darkness! In my perception Behemoth are without a doubt one of Europe’s most hardworking bands ever. This extreme underground band has been improving with each studio album, the era of Satanica and Demigod was very crucial in the band’s history. It was around that period of time when the band reached to their maximum productivity with expertise standards, and these standards are definitely beyond the ordinary parameters.

Behemoth’s new album is one of the highly anticipated albums this year, I Loved You at Your Darkest is the eleventh album and a quote taken from the Bible. Truth to be told I wasn’t expecting much from the band, not because I grew tired of their music. But as a fan I was demanding more than the barbaric driven death metal massacres. I’m sure many of you are familiar with their previous album The Satanist, and if you remember tracks like: Blow Your Trumpets Gabriel, Ora Pro Nobis Lucifer, Ben Sahar and O Father O Satan O Sun.

These tracks actually materialized the whole album and therefore I developed my intuition and expectations regarding their next musical endeavor. I somehow expected their future material to be based on a free spirited writings without restrains. The thrilling inception of the album begins with “Solve” which is easily their best intro, the band introduces a children choir for the first time. Combining ominous guitar riffs with blast beats. And moving to Wolves Ov Siberia the song conjures the massive sinister sound of Behemoth with symphonic quality. Nergal’s powerful voice and demonic growls are delivered with the same brutality, moreover the song structure is very close to the Satanica album. You will also notice the nuance to The Satanist opening track Blow Your Trumpets Gabriel.

The aggression continues on the third track God = Dog, another vicious track that was releases as single on 15th of August. The aforementioned track also played a big role in giving the fans a hint of what the album would bring. God = Dog is a typical standard song by Behemoth, this furious song is combined with the same children chants which were introduced on Solve provided with strong operatic feel. Inferno’s blast beats are the trademarks of the bands atrocity, the riffs are catchy and they are truly inspired by black metal. There are many clean solos and lead guitars which sound clear and melodic.

Ecclessia Diabolica Catholica starts with impressive lead guitar section with pounding drums like thunder. The sense of experimentation is what defines Behemoth’s newest opus, and it feels that Nergal has turned his interest towards exploring the hidden aspect of the band. Broadening towards undiscovered limits and this actually what makes I Loved You a Your Darkest so pleasing. Bartzabel is magically weaved with symphonic flares and choirs that build a constant equilibrium of this song,  you’ll be stunned by the vibrant solos which are beautifully crafted. The guitar tune on If Crucifixion was not enough… is mind blowing, jarred with tremolo picking riffs, and the typical trademark brutality of rapid fire blast beats executed by Inferno’s drumming.

I Loved You at Your Darkest is definitely a staggering record filled with many unexpected moments. The cinematic feel is spectacularly presented, the music is layered with choirs and symphonies. The direction of the songs is based systematically and they are multi-layered. The album production is harnessed to the maximum, Behemoth has always been a modern band. Inferno’s blast beats are carefully placed and they aren’t prominent as their previous albums. Angelvs XIII is one of their faster tracks and they are combined with extreme performance. The tracks are textured with dark layers ranging with various styles of death and black metal. Sabbath Mater is steered with brutal and organic direction, wrought with complex riffs and dynamic solos. The heavy bass guitar tone is struck by Orion who also sings in the background. Havohej Pantocrator is a flat track built on the mid tempo, the orchestral arrangement and the strings are professionally utilized.

Behemoth succeeded in implying their ideas on this album, there are several of elements combined with impressive melodies which present more of a progressive black metal style. I Loved You at Your Darkest offers more than a gimmick and it’s built on dark atmosphere uncovering Behemoth’s artistic style in songwriting. Rom 5:8 blazes with black metal riffs and effective blast beats whilst the soaring melodies add an extra texture to this fine track. I Loved You at Your Darkest is perfectly designed and resolved with the modern elements of death and black metal. It has enough creativity to be carried forth with dark energy. We are the next 1000 years ejects the chaotic blast beats right to your face the lush symphonies enters deeply into this song and they are beautifully mixed. I Loved You at Your Darkest is Behemoth’s holy grail, it’s simply marvelous and undoubtedly marks the beginning of the band’s third era. 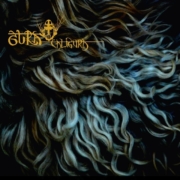 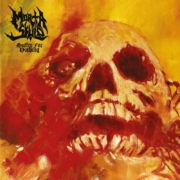 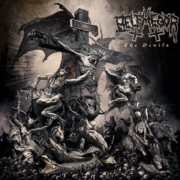 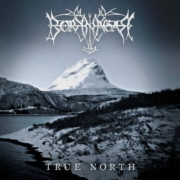 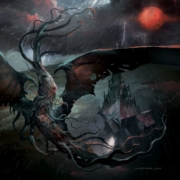 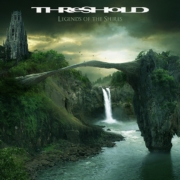