You are here: Home1 / Album Reviews2 / Crusade of Bards – Tales of the Seven Seas

Crusade of Bards – Tales of the Seven Seas

Welcome to the second album from Spanish band Crusade of Bards, the second album in their ‘’Tales’’ saga. While their previous album ‘Tales of Bards & Beasts‘ was more about myths and legends, this one is based on true historical events that happened in the Seven Seas. The album will tell you its story by basically using two songs for each sea. The Seven Seas is a figurative term for all the seas in the world. This includes the Arctic Ocean, the North Atlantic Ocean,  the South Atlantic Ocean, The Indian Ocean, the North Pacific Ocean, the South Pacific Ocean and the Antarctic Ocean.

The album starts off with the sound of the sea. A mysterious violin-like sound enters the room. What will happen? No one knows. An organ joins in. The music gets less anxious, and more soothing. This turns into the anthem that is the intro to the album. It listens to the name of ‘Anuri‘. It sounds brave, full of adventure. This 2 minute instrumental intro, goes straight into the first proper song ‘The Northwest Passage’. Which showcases a power metal style, with a symphonic female voice on top of it.

The sound of angels singing starts third track ‘An Ocean Between Us – Part III – A New World’. A heavy, low tuned riff joins the angels. The slow paced beat in combination with the heavy riffs and harmonics in the chorus definitely makes sure that you will bang your head. An accordion starts next song ‘Dunkirk Privateers’, giving it a more folky touch. This is overtaken by a fast strumming riff in combination with the voices of lead singers Eleanor Tenebre, Paolo Andreotti and Eduardo Guilló. Oh, and don’t forget the killer solo in this one.

‘Naupaktos‘ smashes right through the door with a heavy low strum and low background vocals. Right form the start, this is an enormously powerful song. The low voice enhances this. With a higher sung chorus and fast drums in the background, this song goes through different dimensions showing you the talents of Crusade of Bards. ‘Manti’ is a short, yet unexpected and beautiful introduction to the next song. It uses a classical guitar to bring us the melody. On top of it, an electric guitar. This melody continues in ‘The Red Charade’. The crystal clear recording uses the two sides of the headphones very well. It makes the music so much more alive. The band explains:

‘The Red Charade‘ is an allegoric critique of the imperialism and colonialism that began in the XVII century and slowly evolved in the superiority complex of the Western world towards all other people. The lyrics draw clear parallelism between the modern capitalist corruption and the old aristocratic addiction to privilege at all costs. This song was one of the last ones to come up in the pre-production of the album but immediately stuck in our heads and we knew it would become a single. Its baroque-like riff, upbeat tempo, and the pauses almost gave the song a heartbeat of its own.

‘Hasard’ gives a totally different vibe than previous songs. It starts of with highly sung vocals. A calm song, mainly guided by the drums played by Jorge “You” Homobono. The guitars, by Adrian Carrero, join in later, and again, Crusade of Bards create this dreamlike song where you can just stare of in the distance and enjoy all that is happening in the music. Another surprise is the acoustic ‘Samudr Ka Mandir’. Accompanied by sounds of the sea, it sounds truly beautiful.

‘Leap of Faith’ shows us another beautiful acoustic intro with the sea sounds in the background. Later, the electric guitars kick in and it sounds like it is getting heavy. Yet, you hear a flute and a violin, accompanied by the sound of thunder. The song continues in a slow pace. Mysterious bells are the intro to the second to last song of this album. The magic of this song listens to the name ‘The White Which’. The outro ‘As Above, So Below’ is just as magical. It starts of with a piano playing single notes. Then other instruments join and you get to look back on the journey you’ve just been on. But it hasn’t ended yet, has it?

Crusade of Bards create this mix of power metal, symphonic metal, folk touches, and even gothic and pagan touches. It’s all there, and it all blends in beautifully together. When one hears the genre ‘Pirate Metal’, one probably thinks of bands like Alestorm. Crusade of Bards sound nothing like Alestorm, yet, they are also pirates. But these pirates are here to discuss serious business. You don’t mess with these pirates. An album full of surprises and messages in its storytelling. It is up to us to find these. Kinda like a treasure hunt. Let Crusade of Bards take you on a trip and show you their secret hideouts. 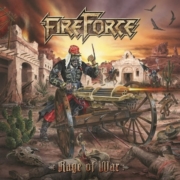 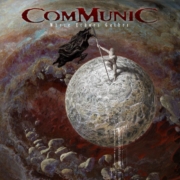 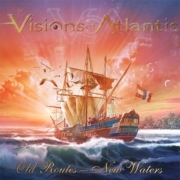 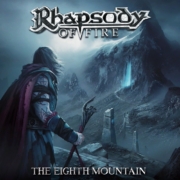 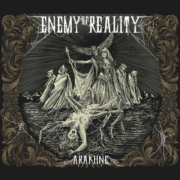