You are here: Home1 / Album Reviews2 / Imperium Dekadenz – When We Are Forgotten

Masters of atmospheric & melodic black metal Imperium Dekadenz have reached new and unprecedented heights with their seventh album ‘When We Are Forgotten‘. The German duo Vespasian and Horaz take us on a wondrous journey through a grim forest. Melancholic dark landscapes and ghostly howls combined with atmospheric synth and cascading guitar melodies shape this album. Unlike the conventional approach to black metal Imperium Dekadenz have a unique style of crafting music with an emphasis on the dramatic. The band’s sonic mastery and skill are what makes their music so deserving of fandom. The opulent segments of the album are enclosed within ethereal soundscapes, where the elegance of synth provides a dark atmosphere.

The album title track is a beautiful and enchanting mid tempo song, harmonized with cascading synth and mournful rasps. The palpable aura of the opening track is bestowed with high quality riffing which is testament to the band preserving their raw sound. The second track ‘Bis Ich Bin‘ shifts into vivid melodies and rhythmic qualities of tremolo pickings, which preserves the nature of the melancholic atmosphere. Imperium Dekadenz implement synthesizer so well, it creates a thick mystical layer in the song’s background. There is an effective element in every aspect of this album as each and every moment vies in quality and transcends into majestic and sonic landscapes.

Save for guitars and keys, the grim black metal growls are in contrast with the dark and cascading melodies. ‘My Solace I (Choirs of Solitude)‘ focuses on sprawling gloom and ambient sounds mixed with strumming guitar riffs and echoing rasps. ‘When We Are Forgotten’ defines the sublime atmosphere of grim black metal, and the quality of the music is pretty much influenced by the Norwegian black metal style. ‘A Cave Called Wisdom‘ is brimmed with cascading melodies and mainly led by the rhythm guitar. There is a charming sense in guitar riffs which are measured with atmospheric standards. Vespasian and Horaz are experienced musicians who both understand how to apply a perfect sense of equilibrium between atmospheric and symphonic black metal. These Germans allow you to distinguish their musical progress here. ‘Transcendence’ is laden with sorrowful ambiance and melodic guitar riffs.

The album includes three dark and ambient instrumental interludes like seventh track ‘Séance‘. ‘Absenz Elysium’ is outstanding and is concentrated on repetitive mid-tempo parts which are characterized by elements of melancholy and catchy guitar lines. The track also features some clean vocals. Imperium Dekadenz puts a lot of effort in guitar riffs. The grim wailing vocals of Horaz echo with cascading synth as you hear the graven melancholic tunes flowing in the background. Anyone who has listened to their past albums will appreciate the riffs and the rhythmic drumming on the new album.

Though the track reaches its best moments when the choir kicks in and takes on its repetitive course. It seemed that the new album is centered on the melancholic spectra of black metal paired with beautiful melodies. The cold and grim aura takes hold on the ninth track ‘My Solace II (Paths of Perception)‘. Here Imperium Dekadenz possess an epic and lush soundscape. Horaz‘ vocal abilities are known to be varied but this song is one of their best on the album. The track takes a dynamic shift with the atmospheric flow. ‘When we are Forgotten’ combines rich soundscapes of beautiful keyboards.

Imperium Dekadenz have obtained their own cliché by finding the right sound to fit into the atmospheric black metal style. The guitars are thick and murky, something that finds its roots to the second wave of black metal. Most of the tracks are mid tempo, while the effect of synth is overused to bring the atmospheric vibe. The sense of darkness and grim aura dominates the album, and with such a ghastly vocal style fitting to the musical structure. The soaring melodies are picked with tremolo guitars and have a unique quality to them.

Vespasian and Horaz seemingly draw heavy inspiration from symphonic black metal bands such as Gehenna and Dimmu Borgir. The closing track ‘Frozen in Time‘ is imbued with lush keyboards that add a melancholic feeling, They have created a bridge where grim black metal aligns with soaring melodies, and have captured the imperial aspect of black metal. Their genuine talent of crafting a modern black metal is definitely incomparable. 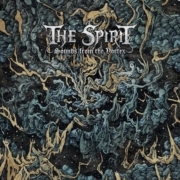 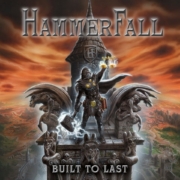 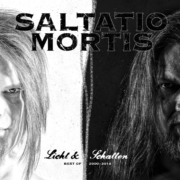 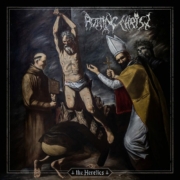 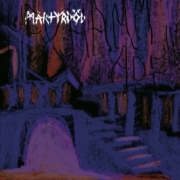 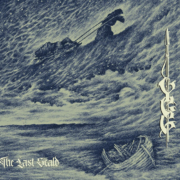