Home Folk Alestorm – No Grave But The Sea 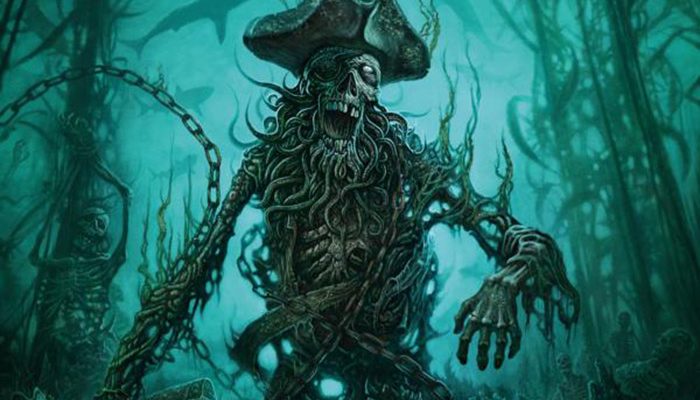 Grab your ale, your rum, your beer or other alcoholic beverages and loosen up those neck muscles, because it’s time to rock it out to your favorite pirate metal band again! Alestorm is back in town! And they come with good tidings; their fifth album, No Grave But The Sea is now out for grabs! Fully packed with ten new symphonic folk metal songs to bang your head to. You are destined to hear some of these lyrics on metal festivals many years from now, even if Alestorm isn’t playing there! That’s how catchy these songs are. You’d nearly think it’s a curse. But those only exist in movies… right? That being said, if you fancy yourself a pirate’s life, No Grave But The Sea is nothing less than the perfect soundtrack to the most epic battle of your life. “A pirate’s life is simple; we drink, steal and kill!” So raise your tankard up into the sky for this brand new treasure of pirate metal! 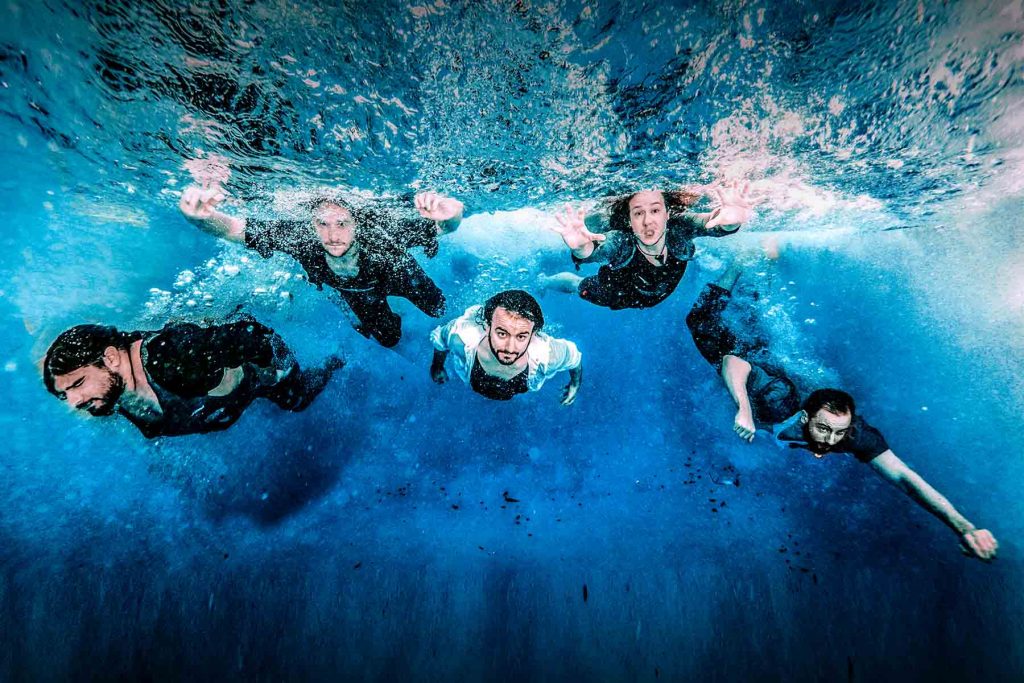 What can you expect from No Grave But The Sea? These songs will put you in the mood to party, drink, bang your head, and chant along. Christopher’s vocals always do the trick of giving off that pirate vibe, combined with the many other instruments Elliot incorporates into the music to give it that symphonic, pirate touch. Peter’s footwork and drum fills, Máté’s riffs and solo’s and Gareth’s groove complete that Alestorm sound that is loved by many.

The album starts off on No Grave But The Sea, giving off an immediate symphonic metal feel. It takes until the chorus before the pirate ‘party’ vibe shines through, fueled by multi-vocal chanting and trumpets. As this song chants about sailing off into adventure and starting an exciting journey, so does it start your journey into these exciting new songs. Mexico then starts off with an 8-bit tune, but guitars, drums and the accordions soon turn that tune into a pirate party tune. If you had a wooden leg, that tune would have had you dancing around waving your hook into the air. This song is lyrically, vocally and instrumentally one big party and it certainly doesn’t disappoint. “Let’s go to Mexico!”

Of course a pirate’s life isn’t all about partying, so we return to the ship, as we ride into the storm with To The End Of The World. This epic tune puts you in the middle of your next adventure. The chorus reveals Elliot’s dark, deep vocals  and prepares you for what’s coming. As Alestorm reveals that a pirate’s adventures are not without risk, as a pirate’s quest may include a battle, aptly backed by the intensity of the vocals and instruments. Bar ünd Imbiss is one of the more laid back songs. The chorus is definitely one to remember, as you and your friend will be singing along to this one. “Drink up me hearties!”. Fucked With An Anchor starts off as a very laid back song, but that all quickly changes when the drums and bass build up tension. The second Christopher shouts “Go!”, the guitar and accordion join in too and make you want to move around as you call everyone around you cunts and fucking wankers. The perfect song to release some drunken energy to.

The Pegleg Potion certainly is one strong brew, as Elliot’s lyrics about driving an old Toyota and systematic frogs seem out of place for a pirate song. Nevertheless, Pegleg Potion is still a solid metal song with double bass drumming and powerful, fast guitar strumming accompanied by the violin, trumpet and keytar. Man The Pumps is another epic song. It describes the life of a young boy joining a crew on a leaky ship, whom heroically gives his life to save his crew from certain death. Rage Of The Pentahook quickly makes you forget the young boy’s tragic story as another story of legend is told, backed by energetic instrumentals. The story of the cruel Pentahook is not one to forget. As the album concludes, so does your musical journey. And a good journey always ends with treasure. And so we find ourselves on Treasure Island. Apparently this treasure was worth great risks, as many died on this journey.

For those who just can’t get enough of the songs, or for those who never cared about the lyrics, the deluxe version of the album has a ‘bonus track’ of every song, in which all the vocals have been replaced with dog barks. Yes. Even Elliot’s deep, dark vocals have been replaced. And once again… Yes. They have also performed one of their dog songs, “Mexico for dogs” live. So be prepared for ‘woofing’ lyrics if you attend one of their concerts from now on! At least you won’t have to be afraid to shout the wrong lyrics during one of those songs.

No Grave But The Sea has been out for a little while now. Give it a listen if you haven’t already! 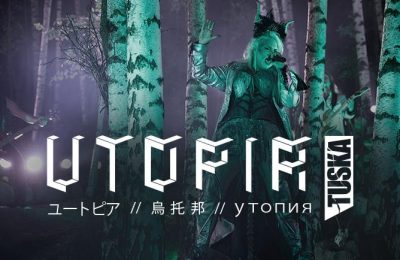