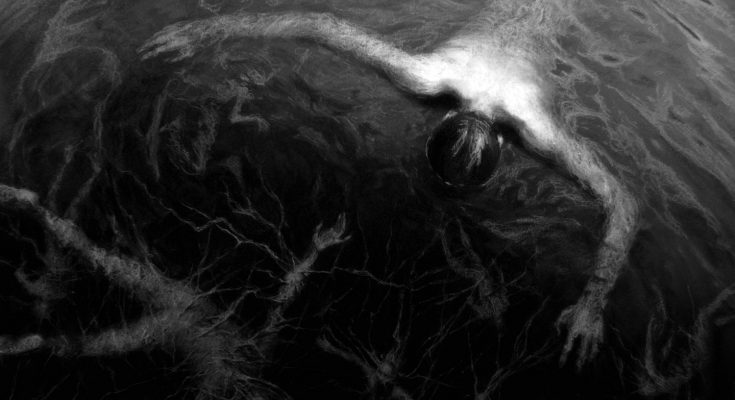 Metal music in modern age is based on new refreshing ideas, and it relies on the modification of the general sound of extreme metal music. There are many bands who are associated with preserving their sound to the origins of 90’s metal, yet other bands in the metal sub-genres have their own take on extreme music. And in order to discover their own style in extreme genres modern artist tend to push the boundaries to undiscovered regions of experimentation. The result often redefines their style to improve the quality, it is the search of the sonic element that can fit into the compositional adjustments of the music. The creation of the harmonized and the disharmonized soundscapes, either homogeneous or heterogeneous. One of the many examples of such thesis is the Spanish death/black metal Altarage  who became a massive product of such experimentation.

This mysterious quarter band is located from the Basque country and they deliver to us their 3rd album known as “The Approaching Roar”. Signed to Season of Mist, the French giant underground record company, beside great acts as Ulcerate and Deathspell Omega, Altarage stands today as one of the futuristic models of dissonant death/black metal. And through their output the band explores a plethora of dissonance, the first onset is quite blistering and brutal with Sighting, Altarage hits hard with undefined aggression.

The array of the riffs are brought in lawless order, diverting the potency that holds the strength of this band. Moving to the next song Knowledge, which is provided with enough dissonance and discorded vocals who adds to the effect to the overall sound. Ambience is one of the parts in which the band uses as a contrast to the mechanical dynamics, the third track Urn is exemplified with unmelodious parts that shifts into unlimited gears.

Hieroglyphic Certainty is derived from structural songwriting dominated by droning sound of the amplified guitars. Whereas Cyclopean Clash continues with the nightmare of the unstoppable maelstrom of discorded riffage. These are two main factors that the Spaniard squad focus on their newest album. The emphasis are puzzling here though the center piece is mostly demonstrated with a brutal kind of music which is associated with aggression of the powerful sounds.

The slow moments gives more depth to Altarage sonic soundscapes, yet the indecisive musical work of this extreme death metal band results into an overwhelming burst of fury. Inhabitant shows how the band can function in one destructive unit, every instrument is brought with power including the vocals that sound almost alien! Altarage doesn’t intend to create any beauty when it comes to music instead they approach metal with extreme methods of deformity. In similar way to Ulcerate, Portal and The Ominous Circle, Altarage is correlated to such bands who have become the beacon of the future sound of extreme metal music.

Chaworos Sephelln is an unpredictable song propped with viciousness but in the same time it has this innovative experimental touch. Mixing ambience with thick distorted guitar riffs that creates an ominous aura. The dynamics on this album are monstrous unmeasured and it re-defines their recent evolution to uncertain heights! Werbuild finds the right ingredients of mixing brutality with mid tempos of the slow droning sounds of the guitars but the blast beats here are tremendously fast.

The final track Engineer is concluded with overwhelming violence and deformed riffs, this truly separates Altarage from the traditional death metal bands today who have found a destructive and lethal component. This band is not based on random riffs or in creating utter noise, Altarage basically evokes eeriness and uncanny soundscapes through puzzling ways, it’s a unique band whose music bursts with fury and finds pleasure in harnessing their sonic brutality by injecting fair amounts of dissonance and disharmony. The Approaching Roar is a good album and 43 minutes for this kind of music is suitable, but the band will still carry on with their musical experimentation in order to find the right components that will outline the structures of their music. 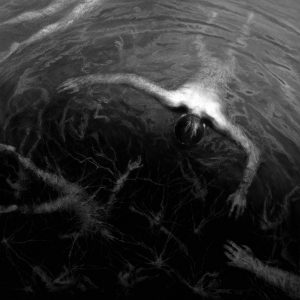