Home Hardcore As We Suffer – The Fallen Pillars 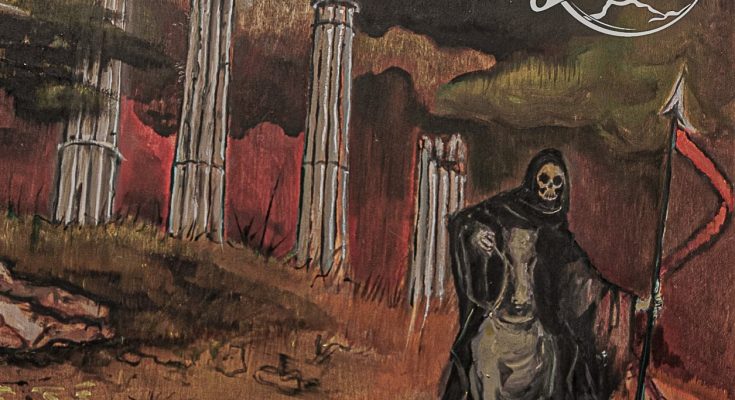 The pillars of truth: let’s smash them down with heavy guitars, energetic drums and strong vocals. This is what As We Suffer, from Ottawa (Canada), is doing with their debut album. Each song deals with destructive concepts and beliefs that we, as a society/people, should not prop up as truths. It is a journey of unhealthy and damaging thoughts/emotions that explore existentialism, politics, religious fanaticism and truth through different styles of heavy music.

Starting this rage off with ‘Caustic Paradigm’ makes you drop in right from the beginning. The dirty, yet melodic sound gives it a punk feeling. On ‘Malicious Compliance’ there is even more going on: heavy guitar riffs and screams makes you discover new things every time you hear the song. ‘An Open Letter (to the Bleeding Hearts)’ takes you back to the heydays of Avenged Sevenfold. I mean, who doesn’t like that?! Time to kick the speed up in ‘Fucking Relentless’. The fast and agressive drums, as we might expect in metalcore, makes you feel a moshpit coming up. All this madness continues with ‘Invade The Host’. Switching between agressive screaming parts and more melodic singing parts.

On the edge of hard rock and metal we find ‘The Great Leveler’. Although it’s only slightly softer instrumental and vocal wise . After making you wait over some guitar strokes, a wild, animalistic screech kicks off ‘High Tide’. They keep on finding a nice balance between all these rumbling instruments and the vocals. The storytelling about battlefields in ‘Scatter The Herd’ is a little bit of a surprise. The song is almost leaning towards power metal, certainly with all the melodic guitars giving the best they have. Make sure to listen to ‘Shadows Caste in White’ in stereo. All the correct panning on the track makes you look over your shoulder to see from which corner each note is coming. Back to metalcore with the angry guitars and screaming in ‘Concrete Fist’. A superbly produced, brutal sounding single that should only be played loud.

Are they really finishing this agressive rumbeling album with a ballad? Yes, 28 seconds of peacefull intro. The guitars kick in and it is clearly back to bussiness. It is soon clear why this theatrical song, ‘The Fallen Pillars’, is the title track and big finale of this album. One last time to boost out all their energy and lay it down peacefully.

This is a very good debut album to show the world who As We Suffer is. They seem to be skilled musicians with great arrangements, lyrics and productions. It is nice to hear they don’t stick to one genre and aren’t afraid to experiment and hover between hardcore, metal, punk and hard rock.

If you’re a fan of Rise Against, Propagandhi, Death by Stereo or Killswitch Engage you have to listen to this album/band. If not, you still have to discover them!!

One thought on “As We Suffer – The Fallen Pillars”