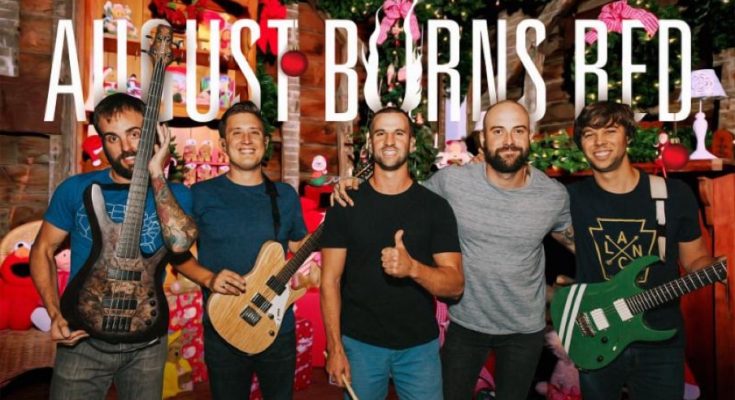 Two-time Grammy nominees August Burns Red are excited to kick off the holiday season with their re-imagined version of the classic Christmas song by Wham! ‘Last Christmas’. August Burns Red have made a highly-anticipated annual tradition of releasing Christmas covers, with last year’s being ‘What Child Is This? (Greensleeves)’ and the beloved Home Alone theme song the year prior. ‘Last Christmas’ is available to stream and purchase digitally now.

“This year I sat down with the intention of writing something upbeat, melodic, and shredtastic. When we decided to cover “Last Christmas” I kept in mind that most people only know the chorus of the song. We didn’t want to recreate something word for word, or note by note, so I took the main hook and built a bunch of original ideas around it. The lyrics to Wham‘s “Last Christmas” are very sad, so if you’re feeling lonely this holiday season, I hope this cover finds you well.”

This week, August Burns Red were announced as nominees for the 60th Annual GRAMMY Awards ® in the Best Metal Performance category for their song ‘Invisible Enemy’, taken from the band’s latest full-length album “Phantom Anthem”. This marks the second Grammy nod for Lancaster, PA’s August Burns Red, as they were nominated in the same category in the 58th GRAMMY Awards ® for their song ‘Identity’ from 2015’s “Found In Far Away Places”. “Phantom Anthem” is available on iTunes.

August Burns Red will kick off their N.American headline Phantom Anthem Tour in January before heading to Europe on the “Tour Of The Year” alongside Make Them Suffer, In Hearts Wake and Whitechapel. Tickets are available now from AugustBurnsRed.com. August Burns Red have had a busy 2017, having toured the U.S. and Europe in support of the 10th anniversary of their much-loved album, “Messengers” (2007), and performing at major festivals in the US and throughout Europe.