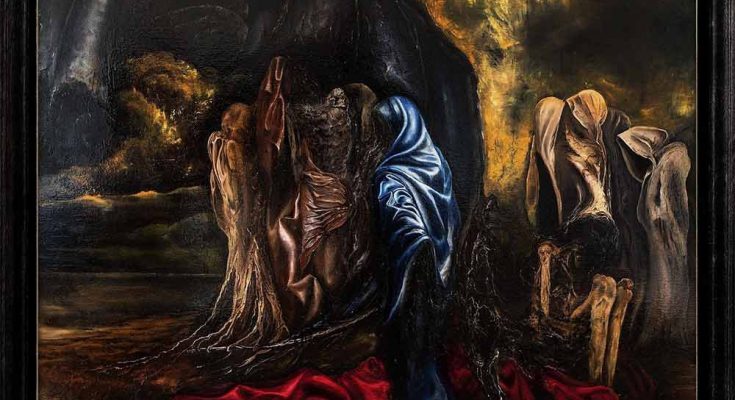 Polish blackened death metal outfit Azarath continues to push boundaries to extreme levels of brutality. Formed in 1998 by Inferno, drummer of Behemoth, who remained as the only original member in the band. Since 2001 the Polish quartet released six devastating albums which transcended them to become one of the most brutal acts in Europe. The seventh offering “Saint Desecration” is driven by the profane motifs to which the band has been adhering to. The songs capture a brutal spectrum, played at breakneck speed and charged with chunks of great riffs. Although originality isn’t necessarily the case here, Azarath’s barbarism evokes the early style of bands like Deicide, Ahret Dev, and many other bands from Poland and the USA. Straight from the beginning of the album, the band sets a merciless tone and conveys a tight performance with an iron grip on technicality.

The violence-ridden opening track “Death at Will” introduces the frenzied nature of vocalist/guitarist Skullripper spitting fire and the drums unleash heavy and focused percussion. Simultaneously the rapid-fire rounds of blast beats become quite overwhelming, joined by an intensive barrage of machine-gun riffs. There are some qualities that are akin to Krisiun but longtime fans will be aware of the stylistic shifts which the band has been possessing. The songs here are blasted by the tidal force of blast beats, Inferno proves to be one fastest drummer in the death metal genre. “Sancta Dei Meretrix” begins with a hellfire of riffs and uncompromising brutality. The constant swirl of riffs erupts in a flurry of bombardment.

“Saint Desecration” offers ten punchy songs that echo loud by a pounding battery. In this extreme musical endeavor triggered by the frenzy percussion, Azarath unfolds a complex display of technical death metal. The album reveals the technical accuracy of the members in every song. By incorporating chaotic elements like speed, grooves and dissonance into the songwriting, Azarath masters a high velocity. Moving to other destructive tracks like “Let Them Burn…” and “Fall of the Blessed” the band maintains a chaotic and diverse set of massive riffs. The demonic growls expel blasphemous verses of satanic wrath and the drums destroy everything in its way. The opening of “No Salvation” has a slower vibe to it but later the track proceeds into the same punishing assault as before. What captures me the most is how the guitars take a dynamic shift from fast to slow tempos with other hooks injected into the song composition.

Shaping their music on a brutal level of aggression, tracks like “Profanation” and “Reigning over the Death” show the variations in approach. Azarath’s sound can be easily categorized as brutal death metal. Although one cannot deny that they have undergone rapid development in style. It is noticeable that the riff-structural work is very complex, the heavy tempos on tracks like “Life Is Death, Death Is Life” unleash some fast chaotic guitar solo. Edging close to the likes of Morbid Angel and Deicide, the song is attained by a tornado of focused guitar work. On other songs like “Inflicting Blasphemy upon the Heavens”, Inferno wields a destructive storm of blast beats.

“Beyond the Gates of Burning Ghasts” has more of a captivating atmosphere to it than the rest of the songs, but what’s so fascinating is the quality of the drum pace and the effect of the guitars which has a clear influence of Behemoth. The blast beats are intermittently applied but the whole emphasis is put upon the slow atmospheric riffs and the frenzy of growls and they’re actually quite catchy! With a memorable guitar solo fired up at the very end of the track, Azarath concludes the album in a very dramatic way. “Saint Desecration” is dynamically fueled by the fires of hell. This is yet another great album by the Polish quartet! 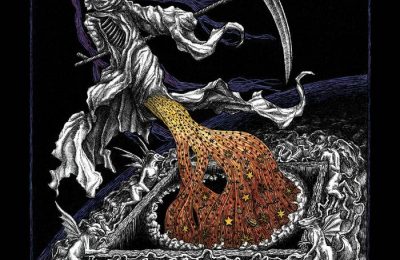 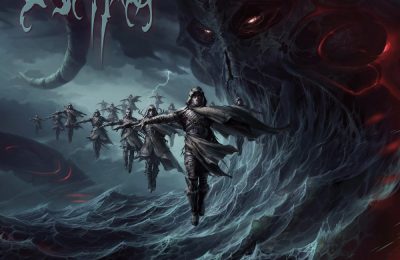 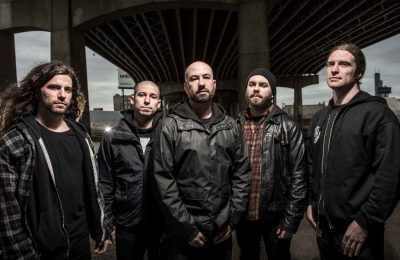