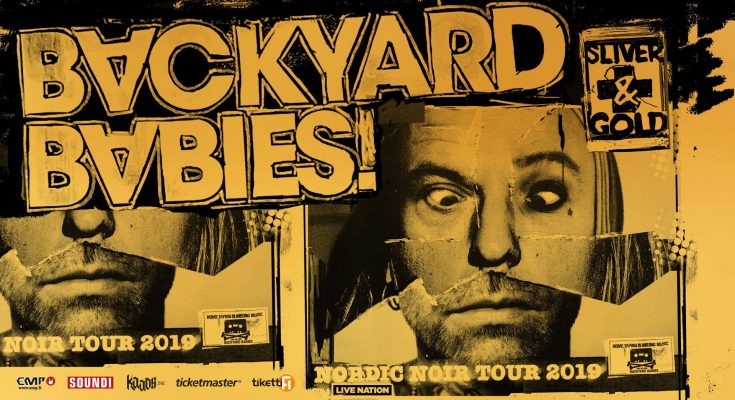 Backyard Babies are quite the name in the Nordic hard rock/rock ‘n’ roll scene. So when they finally were coming back to Finland for a small tour, the announcement was received with joy. Personally I was only really convinced when I got to know that support would be filled in by country mates Satan Takes A Holiday! Rock ‘n’ Roll all night long!

Last time I caught Satan Takes A Holiday was at the tiny venue where HVNK PNKRCK takes place every year. Being able to get to see them on a bigger stage, was something to look forward to and man, did they rock the place! I have to admit that the show I saw of them at the smaller setting impressed me way more, but STAH can never be described as not going the full 200%. All three with silver painted heads and leather jackets (except for the bare chested drummer) danced, grooved and rock ‘n’ rolled until the crowd was properly heated up for the headliner.

Infectious tracks like Good Cop Bad Cop, The Beat and Who do you voodoo all passed by and absolutely killed! The mixture of old White Stripes and Queens Of The Stone Age and other similar (often poppy) garage rock tunes simply kicks ass and should’ve propelled these dudes into international fame and success in my humble opinion. Maybe their new record ‘A New Sensation’ will bring the much deserved recognition…

The Backyard Babies were in town for 2 reasons: to celebrate them being around for thirty years and to promote their latest album ‘Sliver & Gold’, and to be honest I wasn’t really excited about it. I heard a couple of tracks played on the Finnish rock and metal radio channel Radio Rock and I found them to sound just OK. They’re not bad rock songs, there just wasn’t anything that got me to keep attention to the music. So apart from patiently waiting for the band to kick off their show, I wasn’t really expecting much.

To my big surprise when they hit play on their intro, turned the blue flashing emergency vehicle lights on and ran on stage, the blasted me away with one hell of a rock ‘n’ roll sound and attitude! First track of the set ‘Good Morning Midnight’ came from that brand new album and live it didn’t sound stale or boring, but completely hit the hard rock ‘n’ roll spot good! Every single member of the band rocked their hearts out and brought the energy on stage to a higher level.

From enigmatic frontman Nicke to the punk-looking ball of energy that was guitarist Dregen to the thundering mount that was bassist Johan, they all brought a certain flavor into the mix that makes Backyard Babies what it is. Being one of those rare bands that haven’t had any line-up changes during those thirty years of activity, you can see they know how to play with each other and their pleasure being on stage clearly transfers to their fans since every single one went nuts from start to finish! Backyard Babies, you have impressed me!

Setlist:
Friggin’ in the Riggin’ (intro – Sex Pistols song)
Good Morning Midnight
Look at You
Dysfunctional Professional
Shovin’ Rocks
Nomadic
Highlights
Heaven 2.9
A Song for the Outcast
Roads
44 Undead
Th1rte3n or Nothing
The Clash
Minus Celsius
Abandon
Brand New Hate
Encore:
Yes to All No
People Like People Like People Like Us 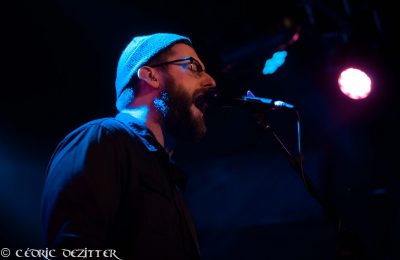 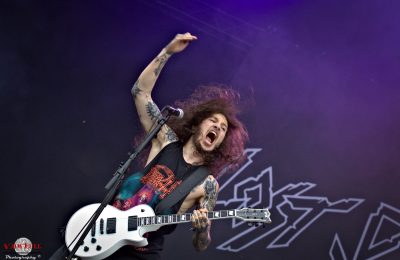 Interview Lost Society at Tuska 2019 – “It was unbelievable”