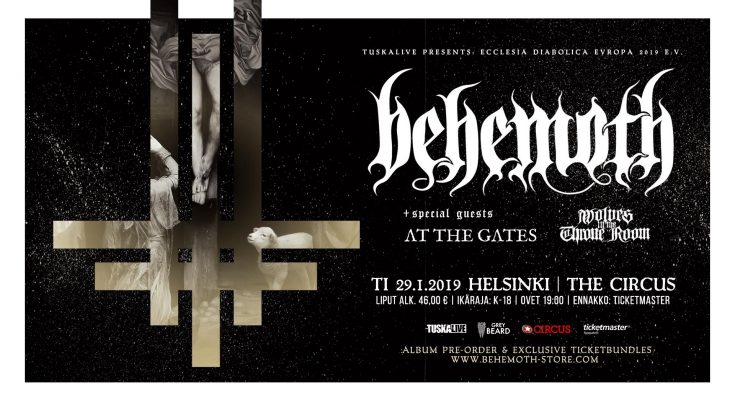 That Behemoth has outgrown their statute of underground band, is a fact in the mean time. With their latest release “I Loved You At Your Darkest”, they’ve taken a next step in their career. An album praised by a lot of people and media as the album of the year (including our site’s 2018 top list). In support of that release, they’re embarking on a massive world tour with its European leg baptized “ECCLESIA DIABOLICA EVROPA 2019 E.V.”. They had with them as special guests the Swedish melodic death metal legends At The Gates and American atmospheric black metal stars Wolves In The Throne Room. In other words, there was not a chance that I was going to miss out on what promised to be a massive night!

Wolves In The Throne Room (****). Seeing this band as the opening band feels kind of like a bit of a waste. With their songs often being way over 10 minutes long on average and the lengthy atmospheric build-ups towards climaxes of epic black metal makes a 40 min set barely enough for 3 songs. I honestly much rather see these guys in a headline position. But hey, I’m not complaining about getting the chance to see this great band again. And despite the rather unfitting time slot, they still managed to bring across their overall take on black metal with loads of smoke, incense and intense musical intermezzos. 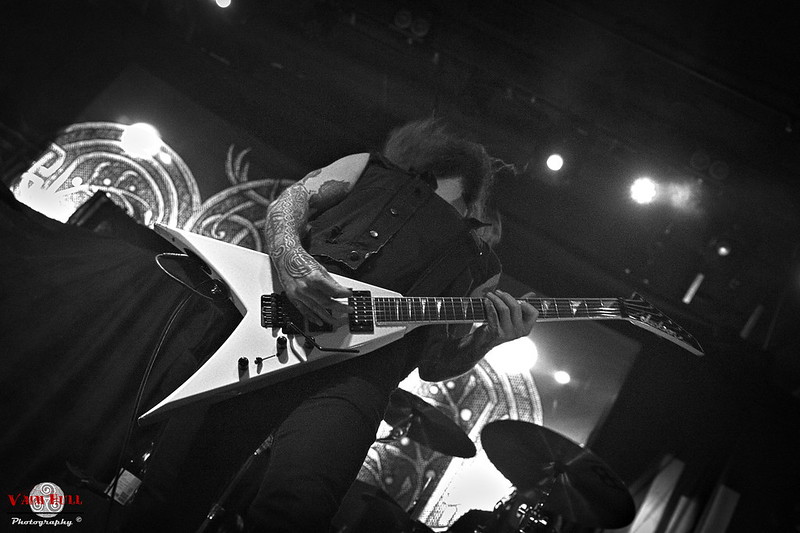 This is a band that just begs for closing your eyes and let yourself drift away to the dense forests they come from, whether it’s live or on record. The only reason I’m not satisfied enough to perceive it as a perfect show, is that the shortness dedicated they only played 3 songs from their latest effort ‘Thrice Woven’. And despite that being a great release again, I truly missed hearing those masterpieces from the first albums ‘Diadems of 12 Stars’ and ‘Two Hunters’.

Setlist:
Angrboda
The Old Ones Are With Us
Born From the Serpent’s Eye 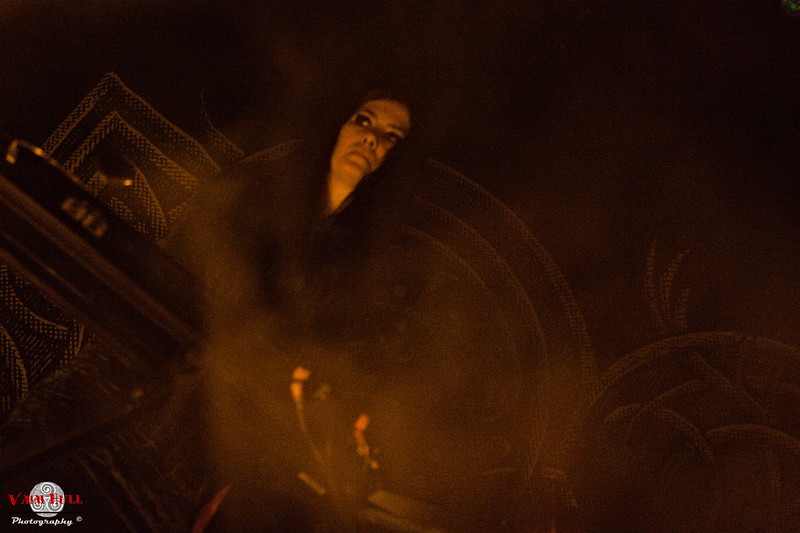 Up next: the Swedish melodic death metal legends of At The Gates (***1/2). They stood at the crib when the genre was given birth and made relatively recently a comeback to the scene. With 2018’s ‘To Drink From The Night Itself’ they managed to prove that they’re still as relevant as ever and showed all the new/modern bands they still mean business and can kick some serious ass. Not too surprising that they started with the intro Der Widerstand and title track then. For those who rather want to hear some more old school stuff, they quickly delivered when playing Slaughter of the Soul from same named milestone record. 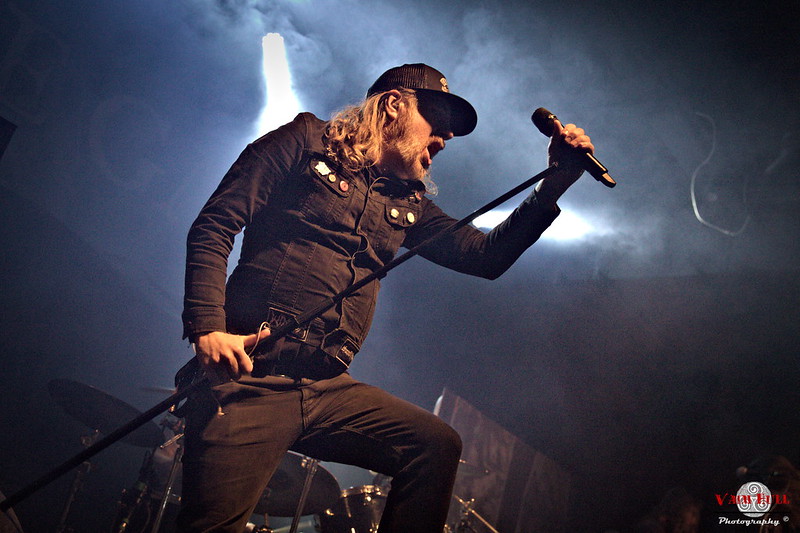 Overall the biggest chunk of the setlist consisted out of tracks from their latest 2 (comeback) albums and only a handful songs were from the category “old school”. Besides Slaughter of the Soul, they also included Cold, Suicide Nation and Blinded by Fear from the same release. The energy of the gig was high throughout, but when they played those older tracks the excitement and raw energy was almost palpable in the room! Thomas was as invested into the set as ever and probably got to most sides of the stage while belting out the lines in his now more matured and high level vocals. At The Gates really seems to be here to stay, no matter what gets thrown at them. See you some time soon again! 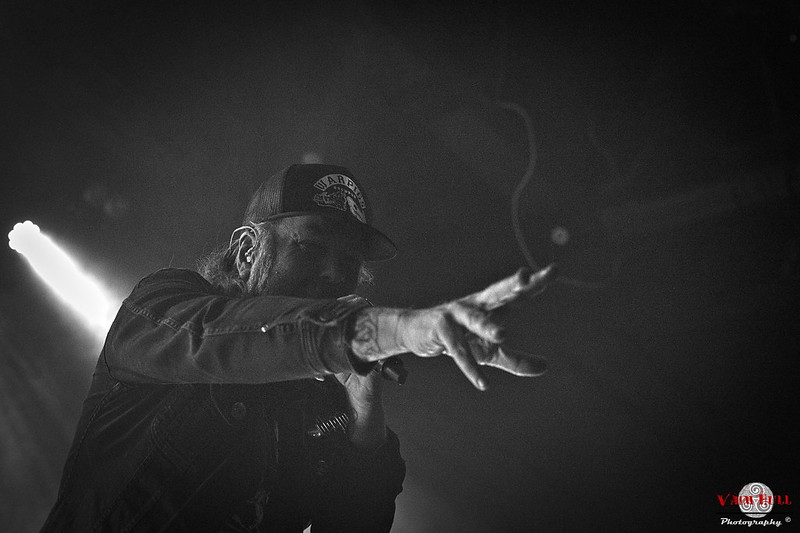 Setlist:
Der Widerstand
To Drink From The Night Itself
Slaughter of the Soul
At War With Reality
A Stare Bound In Stone
Cold
Daggers of Black Haze
El Altar del Dios Desconocido
Death and the Labyrinth
Suicide Nation
The Book of Sand (The Abomination)
Blinded by Fear
The Night Eternal

Last time I had the chance to see Behemoth (****1/2) live in Finland, was several years ago at Tuska Open Air. It was named as THE show of the weekend by most people there, due to the impressively build up spectacle they presented us with at that time. So expectations were big from me and I assume many around us. That Behemoth definitely knows how to excite people, was clear from the sold out show in both Helsinki and earlier in Tampere. After At The Gates finished their set, they pulled up a curtain to hide what was happening on stage and we started the wait to see the Polish extreme metal greats take over the place. I would have expected maybe a more professional looking piece of fabric from a band as big and popular as this one, but later on it became clear why they had just a random big piece of black fabric there: while the haunting and creepy soundscapes from Solve were played from the speakers, a projection with an upside down cross was presented to us and we saw flashes of the enormous shades of the band members getting ready. First song they kicked off with was Wolves ov Siberia, one of the more harsh and engaging tracks of their latest release, all bearing metallic looking masks, blasting the CO2 cannons like there was no tomorrow and sparks flying behind them at regular occasions. These guys know how to blow the roof of straight from the start… 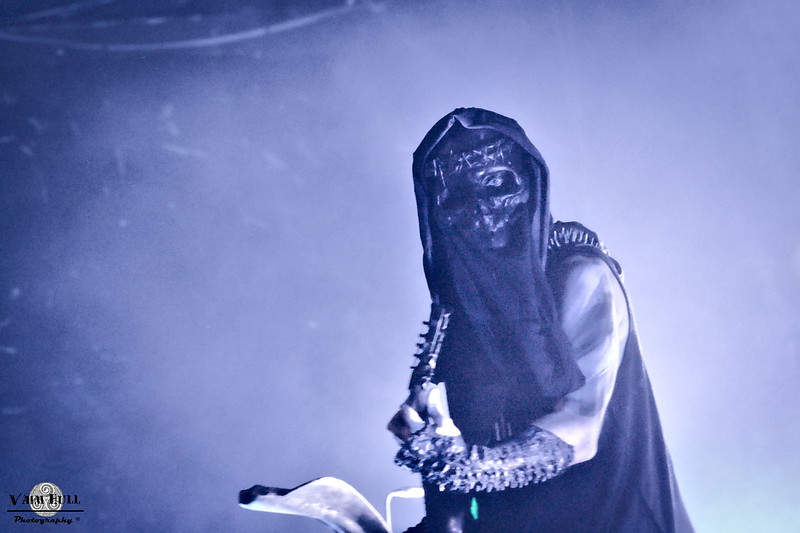 When moving on to Diamonos from the Evangelion release, the masks came off to continue with the energetic and engaging show. When playing Ora Pro Nobis Lucifer from their much loved album The Satanist, Nergal even sought for closer interaction with his fans by jumping from the stage to the fence where the front row people went mental. Near the end of the track Nergal temporarily disappeared from the stage with bassist Orion and live guitarist Seth having a little “bro” moment including a fist bump and Inferno hiding behind his massive drum set. When Nergal emerged back from the depths of the backstage area, he was wearing the impressive mitre from the Bartzabel music video, as a true representation of anti-Christianity and Satan worshiping. Bartzabel was quickly one of my favorite tracks on their latest album with the proggy, epic and bombastic sound and definitely did not disappoint live, it got even more bombastic and haunting if that was even possible! 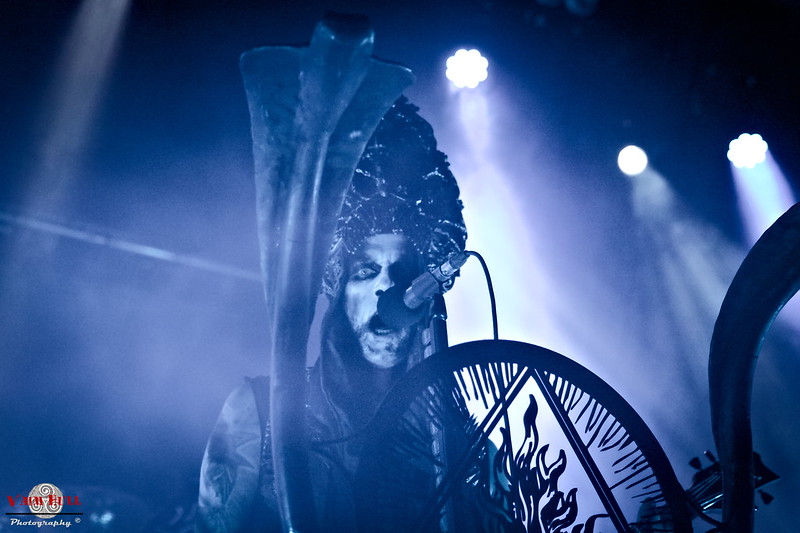 The rest of the setlist consisted mostly out of a mix of songs from Behemoth‘s last 3 releases and the only more old school tracks being Decade of Therion and Chant for Eschaton 2000 from the Satanica album. I truly like the new more melodic turn the band’s sound has taken, but I would love to see a couple more tracks of their old harsh and brutal work. I’m pretty sure quite some people share that opinion with me. But hey, that’s just a minor complaint about an otherwise mind-blowingly good extreme metal show, just like nagging that they weren’t allowed to play with fire on stage at The Circus besides the sparks and CO2 cannons. As an encore they ended with Lucifer from Evangelion and the same closing songs as on I Loved You At Your Darkest: We Are The Next 1000 Years and Coagvla. With We Are The Next 1000 Years, they blasted us with an overwhelming symphonic/melodic and harsh black metal track that tells me Behemoth might very well continu for the next 1000 years if they keep playing on this level. Bringing some extra drums on stage for outro Coagvla, they left us on open mouthed looking at the empty stage with the beats of those drums still lingering in the air. Behemoth, you were amazing! 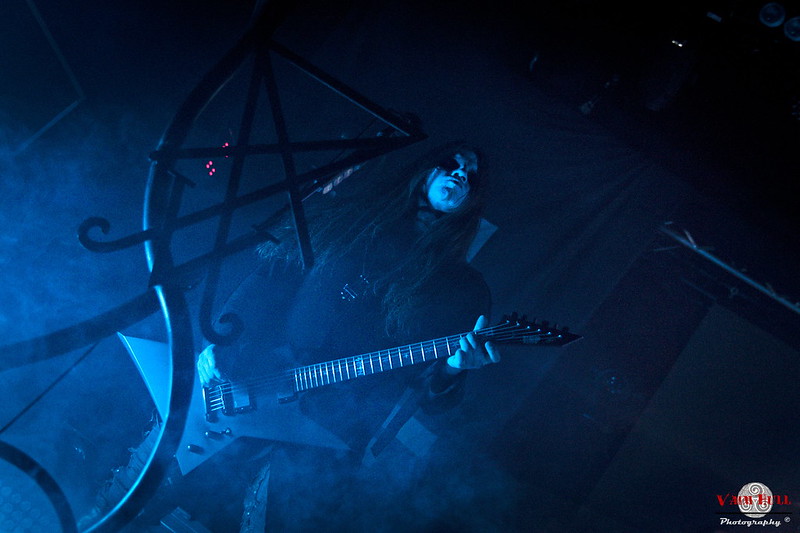 Encore
Lucifer
We Are the Next 1000 Years
Coagvla 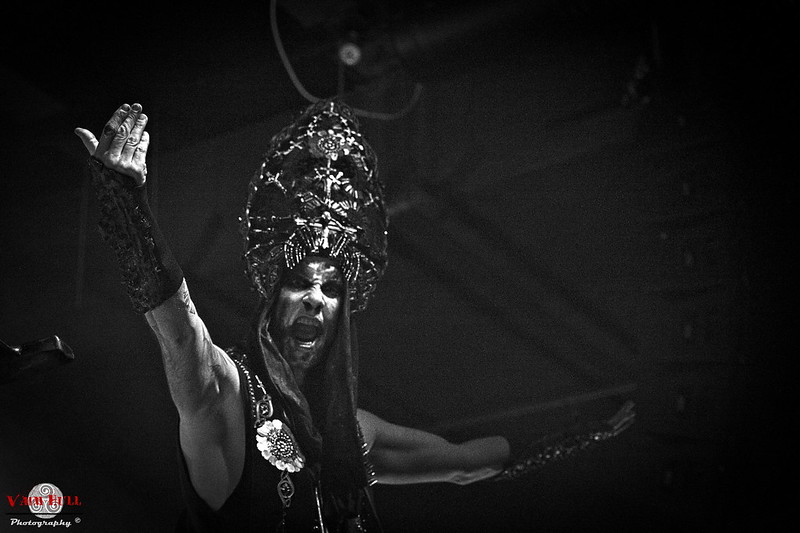 For more pictures, go to our photo coverage:
https://www.grimmgent.com/behemoth-ecclesia-diabolica-evropa-2019-e-v-the-circus-helsinki-photo/