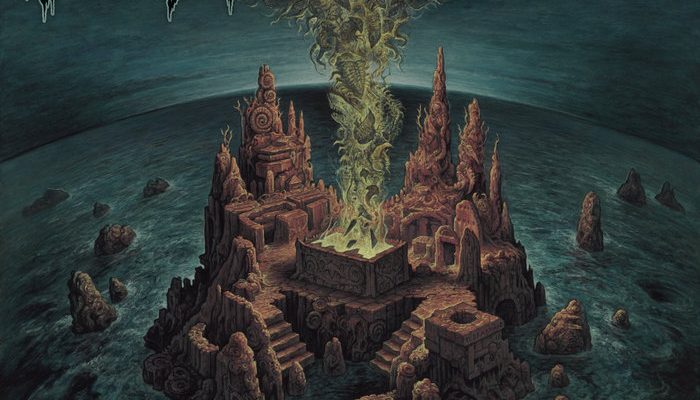 Burial Invocation  is a death metal band hailing from Ankara, Turkey, the band was formed in 2008 and released a single E.P. in 2010 titled Rituals of the Grotesque followed by a split album with Anatomia. Eight years later they dropped their debut record via Dark Descent Records. Before going through this blistering record there are a few things to be said about this quartet. The members have been active for years and they all seem to share their interest in death metal music in particular as they come from different bands such as Engulfed, Molested Divinity , Diabolizer, and The Sarcofagus. With this current line-up, Abiogenesis was shaped and saw a steady evolution with multi-faceted ingredients. The album opens with a colossal track Revival where the guitar riffs are performed to meet the classic death metal standards. These monstrous growls and the surging heavy death metal riffs will cause you all the trembling and chills. The harsh discordant guitars and pummeling drum beats are delivered in crude manner. Revival is nine minutes long but mind me if I tell you that you won’t find any dull moments, the subterranean solos along with the guitar licks are blended into a maelstrom of dissonance. The second track Abiogenesis picks up the pace with hammering drums and heavy growls, infused with death metal groove. There are many extensive territories led by the heavy guitar riffs that sound formidably crushing. Burial Invocation doesn’t only meet the categories of old school death metal entirely, the band is highly talented and swaggers with its technical abilities a la Suffocation.

Meandering around Death/Doom regions while proceeding with the twisted riffs and mid pacing death metal style, Burial Invocation will take you to the 90s era, the strong hints of Incantation are portrayed in their musical style. There are fast executed solos along with simultaneous blast beats and well-structured hybrid attributes of technical death metal. Visions of the Hereafter is another death metal ripping track, Mustafa Yildiz monstrous growls are deep and unique while the overall sound of the band is highly associated with the U.S. death metal style. Each member outshines with jaw dropping performance including the drummer Aberrant who mercilessly pummels heavily on the drums. Yet Cihan Akun’s masterwork in handling the guitars is what makes this record so amazing, the bass guitar throbs and vibrates acting like a mechanical device amid the turmoil. Dark Descent has never released a weak record and signing these Turkish maniacs was a great decision, in my opinion death metal should be global where it involves bands from different parts of this world.

Next is Phantasmagoric Transcendence where it begins with heavy crushing chords, the tremolo picking riffs rampaging with hyper speed of layered blast beats, this is another technical death metal spearheaded track. The blast beats are propelled in high intensity with double bass incorporated on technical ability. The band has successfully released a brilliant album by dexterous efficiency through the long years of experience. Every structural component of the composed tracks is a showcase of dominated aspects of twisted technical riffs, solos and blast beasts that meet the level of utmost degree.

This mid-eastern band has shaped and modeled a gigantic album that can re-define the extreme paradigm of technical death metal of high complexity. Tenebrous Horizons is the final track and it stands as an instrumental outro where it plunges into obscurity, Abiogenesis cannot be overlooked and it deserved your immediate attention right now!!!! 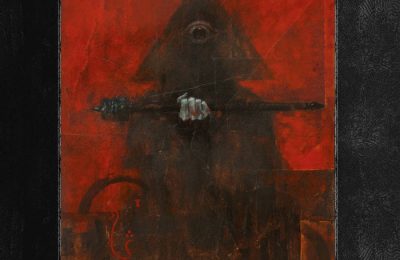 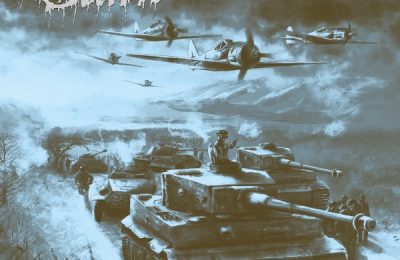