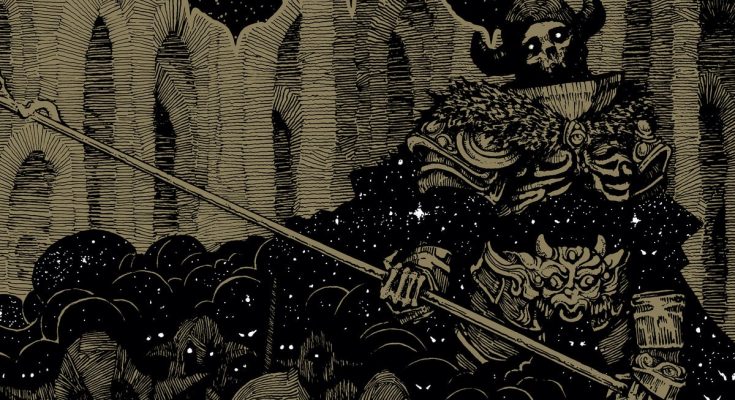 On several occasions I got to hear someone praising the UK doom band Conan for it’s overpowering, bludgeoning and destructive live sound. To be completely honest,  I’m usually not a doom metal guy and probably for that reason I never really checked them out before. But intrigued by these barbarian characters, and because I’m going to see them live sometime soon, I decided to finally give them a try by reviewing their latest effort Existential Void Guardian. 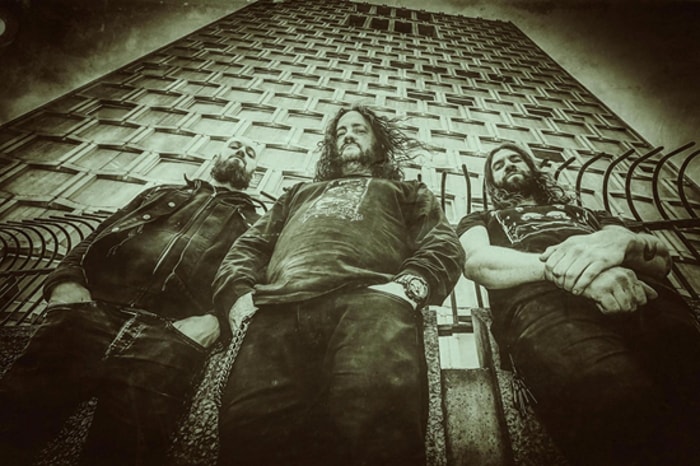 Straight from the get go you get with Prosper On The Path a crushing and bludgeoning wave of their signature “Caveman Battle Doom” flowing your way in a slow but all-destructive roll. Where the use of fuzz pedals usually gives the music a dreamy stoner touch, these 3 guys push these tools towards completely opposite sides. A dissonant, deadly battle cry that predicts an impending doom that won’t let anyone go… throw on top of that the raspy and rather brutal screaming by Jon Davis and you get where the “Caveman” comes from.

For the biggest part of the album they follow the same formula, but dare to add some different touches here and there, like bringing a nudge of sludge to some of the tracks, speeding it up to more mid tempo. In those songs a feverish groove gets infused, giving it a whole extra dimension. Look at Volt Thrower with an almost a-rhythmic groove to it, like some evil force creeping up to you to bash your skull in.

It’s rather impressive to see how much Conan can make their music sound so consistent and diverse at the same time. The one moment you venture into melodic and groovy sludge infused doom metal and the next moment you get a trance-inducing leaden doom track like Eternal Silent Legend that’ll just envelop you with none of that warm fuzzy feeling you might want. Rather with dread and helplessness… The one track on the album that seems completely out of line is Paincantation, on which they go for a jump into absolutely insane grind for barely half a minute. If you thought the lumbering giant that is Conan is scary, wait until you see that same giant sprint at you at full speed…

My first meeting with Conan was definitely not unpleasant. Existential Void Guardian takes you on the barbaric trip through war scarred terrain that the term “Caveman Battle Doom” promises. It’s a slow, crushing and bludgeoning kind of doom that brings forth enough evilness and vile grooves that it even keeps someone who isn’t into doom invested. Its swelling power and dissonance makes you feel like you want to belt out a primitive and blood-curdling scream like a true caveman. Absolutely impressive!